5 Not To Miss Temples In Madhya Pradesh 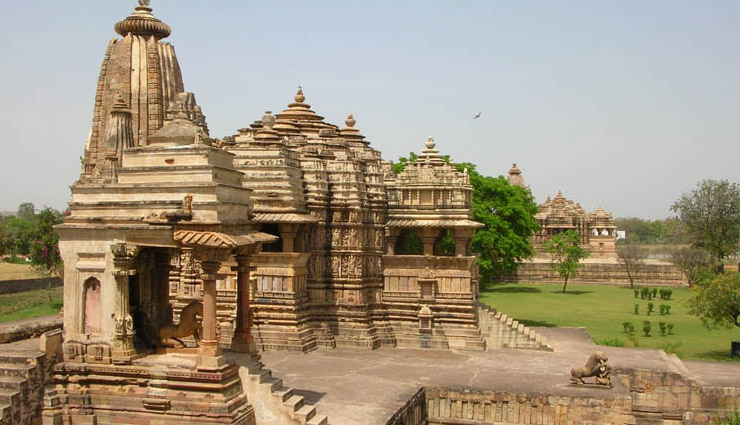 There’s always a time in our life when we look for a vacation to seek blessings of God, console our depressed souls and find the strength to face all the challenges. And trust me this once in a lifetime experience can be rejuvenating and it may change the course of your life. So, If you’re spiritually inclined and seeking a tour to reconnect with God, and fill your mind with positivity, then Madhya Pradesh is a must visit place for you. Bestowed with the shaktipeethas (holy places of cosmic power) and jyotirlingas (devotional objects representing the Supreme God Shiva), the state is blessed by both Shiva and Shakti. There are oodles of shrines in Madhya Pradesh, and these are supposed to be the places where the divinities are believed to have descended. Most of the temples in Madhya Pradesh have grand architecture and unique stories to tell.

The holy town of Ujjain holds a great religious significance for Hindus as it resides one of the Jyotirlinga called Mahakaleshwar. Located on the bank of Rudra Sagar Lake, the temple is also one of the 18 maha shakti peetham. According to Shiv Purana, Ujjain was the place where years back Lord Shiva appeared in his mahakala form to vanquish a demon called Dushana, who used to torture people of Ujjain city. After killing Dushana, Lord Shiva took the form of jyotirlinga and started residing in this holy city. The temple looks its best during Sawan, and Nagpanchami festival as this is when the temple structure is decorated with lights and flowers.

Situated near the tank of the Mahakaleshwar Temple, Bada Ganesh Ka Mandir is famed for a large red ornate statue of Lord Ganesh. Flanking the deity on both sides are Riddhi & Siddhi, goddesses signifying sanctity, fulfillment, prosperity and riches. The temple also harbours a bronzed idol of a five-faced, panchmukhi, Hanuman. Next to the Hanuman idol is the baby Krishna in the arms of his mother, Yashodhara, with a background of black serpents with extended hoods. Bada Ganesh Ka Mandir authority is also running a training centre to impart education on astrology and Sanskrit language. 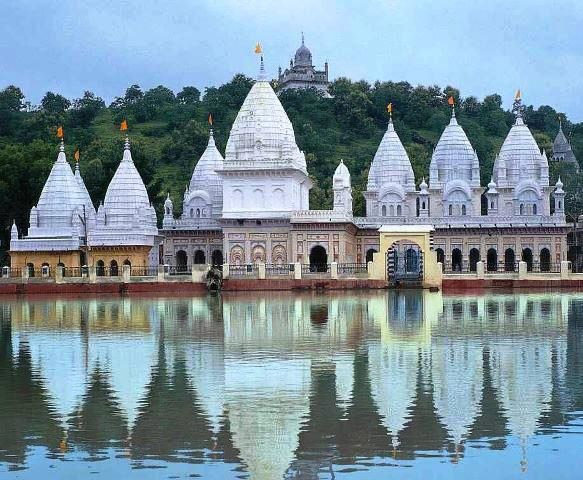 Reckoned as one of the one of the 51 shakti peethas of Goddess Durga, Bhairav Parvat temple is a highly revered pilgrimage in Madhya Pradesh. The temple located on the banks of the river shipra on top of Bhairav hills. According to legends, during the event when Lord Shiva was carrying the corpse of his wife Sati, her upper lip feel in the same place where the temple currently stands, and the deity is worshipped here as Avanti (Modest) and Shiva as Lambakarna (Long eared one). The deity is also known to the local devotees as Garhkalika.

Situated in the historic city of Ujjain, Gopal temple is sacred to Lord Krishna. The temple was built during 1848-56 and is dedicated to Dwarkadheesh, the tutelary deity of the Scindia family. The use of marble in its architecture reminds of excellent architectural skills of the Maratha. The inner sanctum of the temple houses a beautiful 2 feet statue of Lord Krishna in silver form.

Amongst the famous and highly revered temple of Ujjain, Kal Bhairav is located on the bank of river Shipra. The temple is sacred to the guardian of the city, Kal Bhairav, who is also an incarnation of Lord Shiva or Mahakal. An obscured King Bhadrasen built the initial structure of the temple, later it was destroyed, and all that left was the images of Shiva, Parvati, Vishnu and Ganesha belonging to the Parmara period. The current structure of the temple was built by Mahadaji, the Maratha king, to commemorate his victory in the Third Battle of Panipat (1761 CE). You may find it little astonishing but at the Shri Kaal Bhairav temple liquor is offered as ‘chadhava’ (offerings). The priest of the temple opens the bottle and put half of the contents into a shallow plate which is placed near the mouth of the idol. Slowly, the liquor level starts going down and you can see this miracle happening right in front of your eyes.