Importance Of 14 Diyas On Choti Diwali 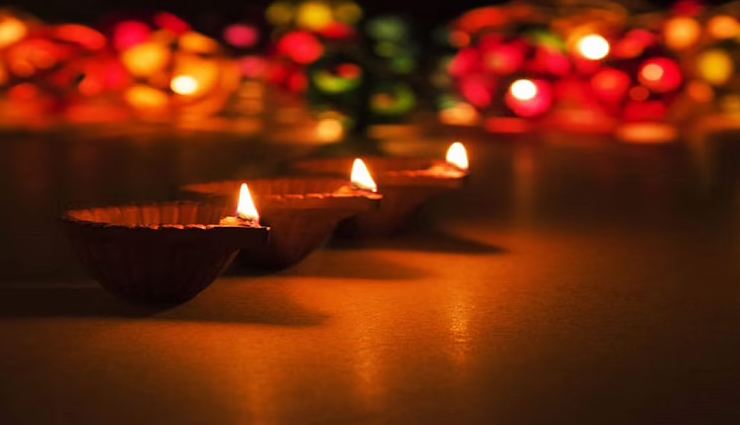 On the day of Choti Diwali, there is a practice of lighting mainly five diyas in the house. It is said that one of these five diyas should be lit at the place of worship of the house, the second in the kitchen, the third in the place where we keep drinking water, the fourth lamp under the Peepal or Vat tree and the fifth lamp at the main door of the house. But it should be burnt. Maa Lakshmi resides in the house by giving it at these five places.

Along with this, tell that the lamp which is lit at the main door of the house should have four long lights. Apart from this, you can light diyas in the number 7, 13, 14 or 17. Along with this, the importance of lighting 14 lamps is also considered on this day. Lighting diyas at different places on Chhoti Deepawali has its own importance. 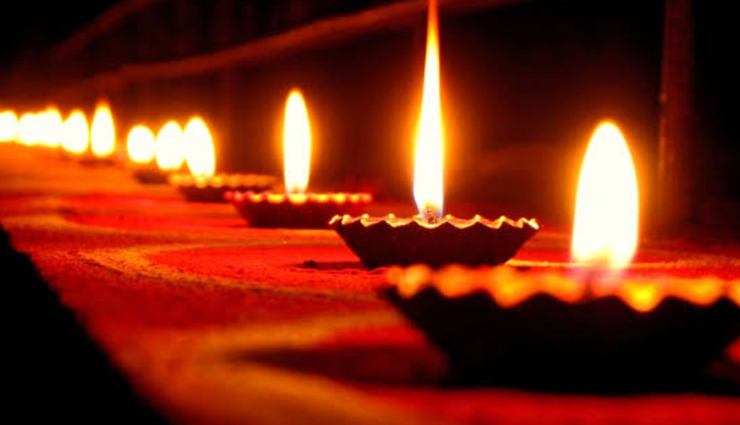 # Light a lamp while sleeping in the night, in which mustard oil should be kept outside the house facing south and near the garbage heap.

# The second lamp is kept in a deserted temple, this lamp would be of ghee, it is said that it gives freedom from all kinds of debt.

# The third lamp should be lit in front of Goddess Lakshmi, it brings prosperity

# Fourteen diyas are lit in front of Mata Tulsi, it increases the splendor and opulence in the house.

# Light the fifth lamp at the door outside the house at dusk.

# The sixth lamp is lit under the Peepal tree, it removes all the bad effects of the house.

# Light the seventh lamp in any nearby temple. 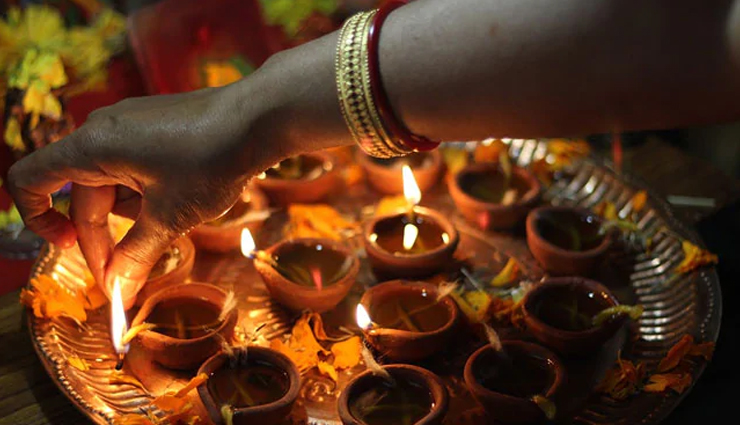 # The eighth lamp is lit at the place where the garbage is kept in the house.

# The ninth lamp is lit near the drain in the bathroom of the house.

# The tenth lamp is lit on the roof of the house at some corner.

# The kitchen of the eleventh lamp is lit in the house.

# The twelfth lamp is lit near any main window of the house.

# Thirteenth Diya- Light the stairs of the house or in the middle.

# The fourteenth are burnt where water and food are kept.