Some Unknown Wedding Superstitions You Are Not Familiar With... 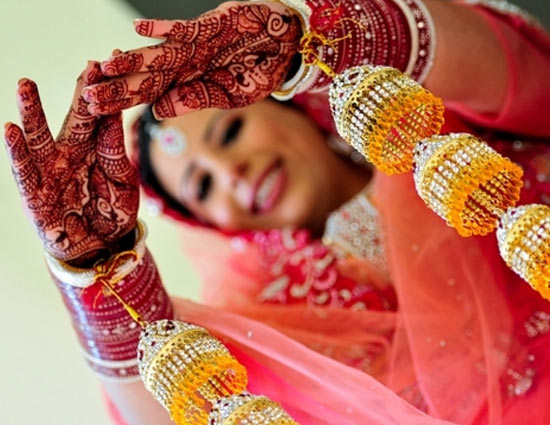 *Colour of Mehendi of bride
The darker the bride's henna colour appears, stronger her marriage will be. Another superstition is that, if the mehendi lasts longer on the hands of the bride than her groom, she will get lots of love from her in-laws. 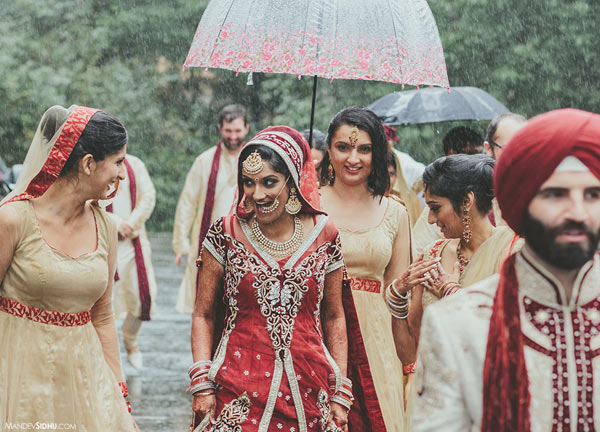 *Spill the milk
It is believed that during the time of wedding, family members must be careful while boiling milk. It is said that spilling of milk before or after the big day signals some pending misfortune

*Breaking glass
In Italy, many newlyweds smash a vase or glass at their wedding. According to tradition, however many pieces the glassware breaks into will symbolize how many years the couple will be happily married.

*Right foot first
The bride is considered to be unlucky if she enters the new house with her left foot first.

*Kaleere fall
In the north Indian customs, brides wear chooda on which her family members and friends tie kaleerein (red and golden ornaments). After this, the bride moves her hand over the head of the unmarried girls (or boys sometimes). It is said that if kaleerein falls on someone's head, then that girl will be next in the line to get married.