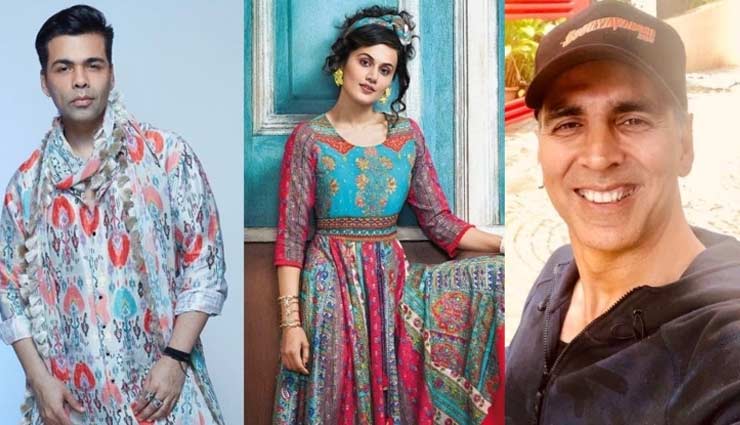 With the entire nation immersed in the festivities of Dussehra, several B-town celebrities took to social media to extend wishes to their fans on the occasion.

Taapsee Pannu who is awaiting the release of her upcoming film 'Saand Ki Aankh' wished her followers on Dussehra and wrote, "Keep the celebrations on!" She tweeted, "Every end marks an opportunity to begin something new..Culminating the colourful Navratras with the culmination of the evil tonight."

Today is Vijaydashami which celebrates the triumph of good over evil after 9 days of war.The goddess Durga is celebrated for her victory over Mahishasur.Another celebration is frm the Ramayan where Lord Ram kills Ravan after a fierce battle-triumph of truth over lies & immorality pic.twitter.com/eFdXW2GvXt

#HappyDussehra everyone. Hope this festive season brings lots of prosperity and joy to all of you. pic.twitter.com/PYdMyZl2X8

#HappyDussehra to one and all! Love, light and the glorious triumph of goodness and humanity over all forms of evil... pic.twitter.com/FIV2eul284

Every end marks an opportunity to begin something new...
Culminating the colourful Navratras with the culmination of the evil tonight...
Happy Dussehra !!!!
Keep the celebrations on!!! #HappyDussehra https://t.co/wpXR9XkxOI