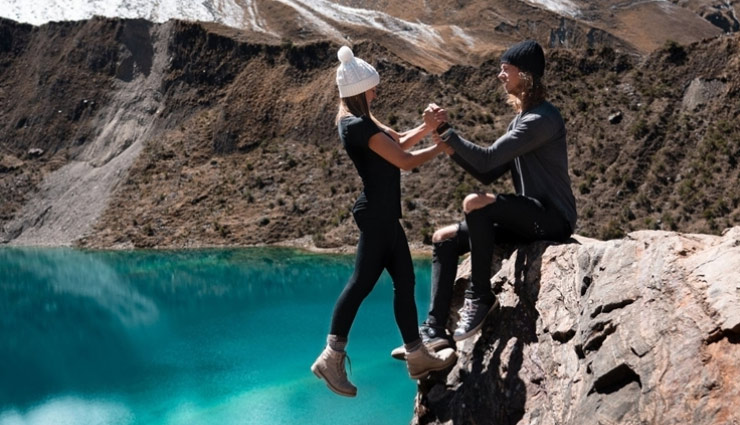 "There is a difference between risking your life and taking a risk at having one," read the caption of the photo shared by travel influencers Kelly Castille and Kody Workman in which the former is dangling off a cliff at a lake near Peruvian Andes in Cusco, Peru.

The American couple, who run an Instagram handle named Positravelty, were called on by the netizens for the "nonsense" and "dangerous" shot.

In April, the couple was spotted in a similar picture, taken in Bali, in which Workman stood in a seemingly high-walled pool, holding Castille over the side above what appeared to be a huge fall. 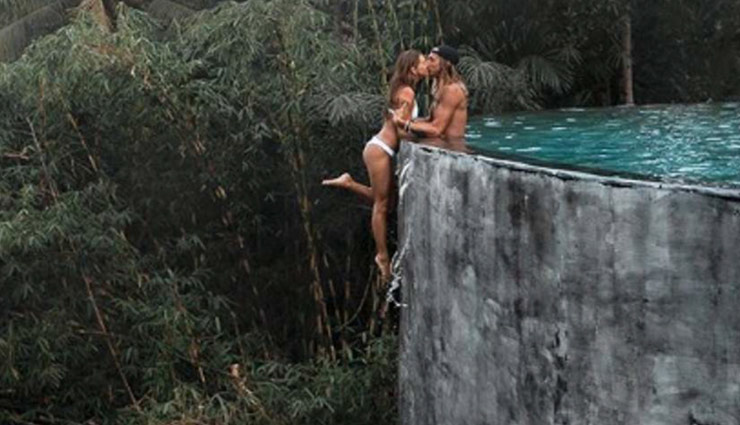 The cliff-hanging adventure was posted on August 28, and soon after scathing comments critical of their act came in good numbers.

"Don' t risk like this! Especially for photos," wrote a user.

"This should be titled 'natural selection at work.' One slip and you are done," said another.

"You guys are dumb and can be responsible for the death of others who try to copy you. All for a picture," read another comment.

Following criticism over the Bali photo, the couple had then said that they had been playing with optics and that there was another pool 8 meters below Castille. 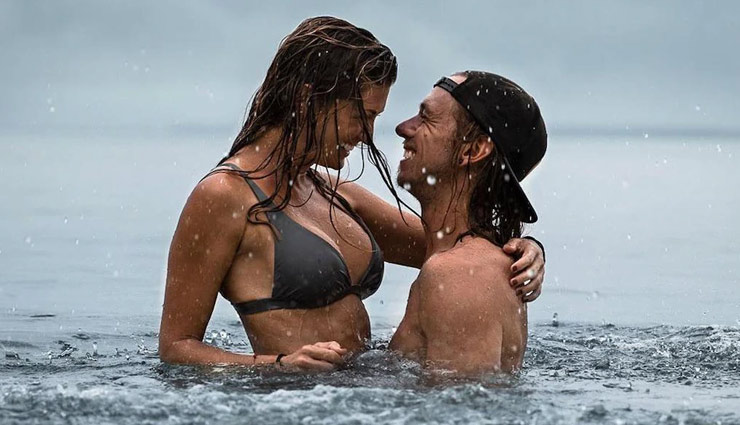 In an interview to CNN, Castille and Workman said that the shot, like the Bali one, was a trick of perspective, and said they weren't scared "in the slightest." "We were not aware (the cliff photo could be controversial). Following the Bali post we figured our love for perspective shots would be understood," the couple defended themselves while talking to CNN.

The couple further added that the perspective shots simply avoid certain surrounding elements to frame the picture from a dramatic perspective.

They also denied encouraging followers to put their lives in danger. The couple's Instagram handle is a verified one and has 176k followers.