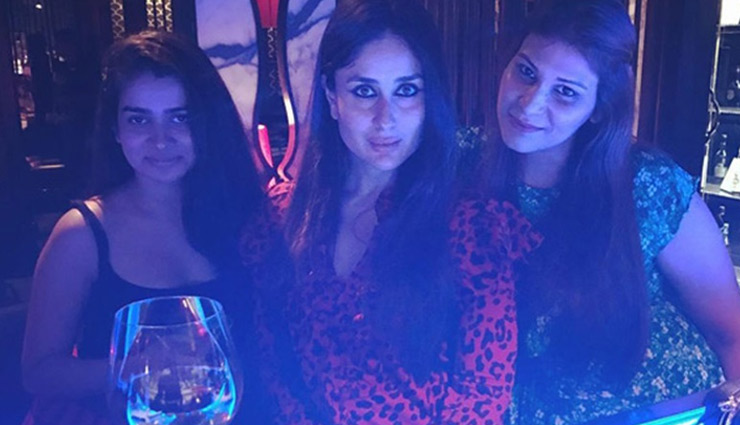 It seems that the weekend started a little early for Kareena Kapoor Khan who had an amazing evening a day ago. The actress was snapped on Thursday at one of the plush joints in suburbs which are considered to be one of the biggest celebrity hotspots. She was seen spending her night with her real life Veeres which included stylist Tanya Ghavri and Poonam Damania.

The pictures of the same night were shared on social media and we definitely can see the gala time the girls had. Kareena Kapoor Khan looked pretty in the red and black combo. The yummy mummy had recently taken off for a Europe vacation with actor-hubby Saif Ali Khan and son Taimur Ali Khan. Now that she is back, she decided to spend some time off catching up with her gang. 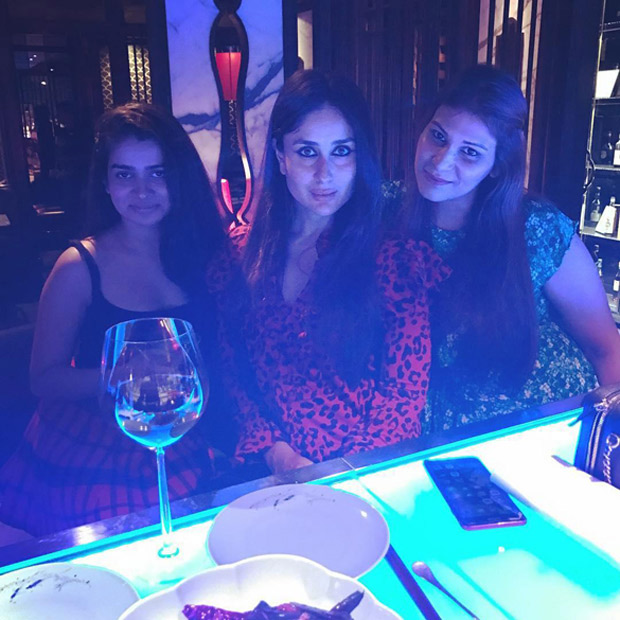 Missing from the girl gang were Kareena’s sister and bestie Karisma Kapoor and her other bestie Amrita Arora. In fact, Tanya Ghavri who shared the pictures on Instagram too expressed how much she missed these two girls during their recent outing. 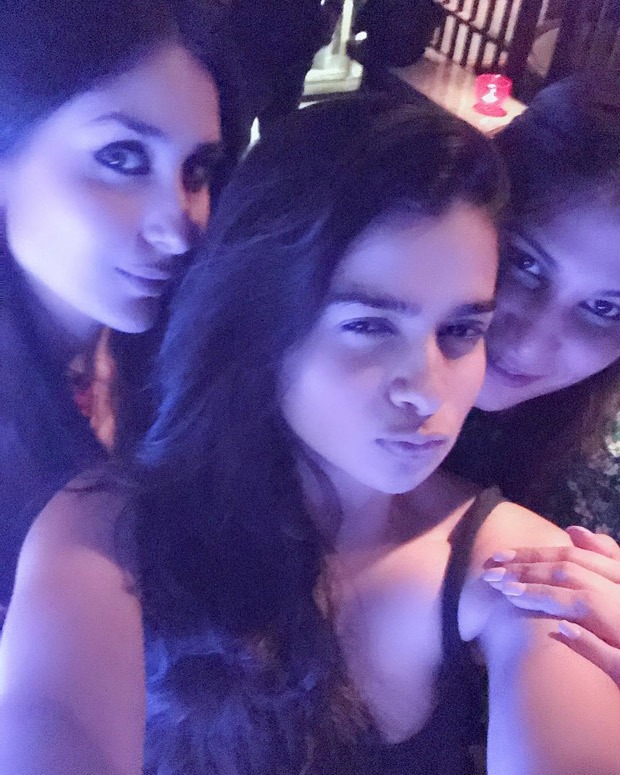 On the work front, Kareena kapoor khan was last seen in Veere Di Wedding alongside Sonam Kapoor, Swara Bhaskar, Shikha Talsania amongst others and it turned out to be quite a success at the box office. Followed by that, the actress has signed two films with Karan Johar’s production house Dharma. One of them is the Akshay Kumar starrer Good News which also features Diljit Dosanjh and Kiara Advani. The other one is the multi-starrer Takht, a period drama that also stars Ranveer Singh, Alia Bhatt, Vicky Kaushal, Bhumi Pednekar, Anil Kapoor and Janhvi Kapoor. This will be directed by Karan Johar himself.