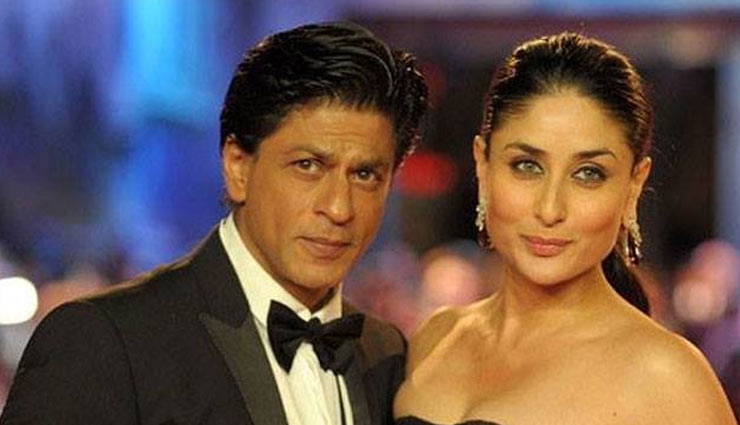 That marriage and motherhood has absolutely zero impact on a Bollywood actress’s career is being proved by Kareena Kapoor Khan time and again. After the super successful chick flick Veere Di Wedding, Kareena has signed two big movies with two of Bollywood’s top heroes – Shah Rukh Khan and Akshay Kumar this year. While there have been reports of Kareena starring opposite Shah Rukh Khan in Salute, the biopic on astronaut Rakesh Sharma (the only Indian to ever travel to space), directed by Mahesh Mathai and produced by Ronnie Screwwala and Siddharth Roy Kapur, nobody has confirmed it. When quizzed about it the actress has told the media earlier, “Whatever film I choose I will let everyone know but at the right time.”

Now we can tell you that Kareena has not only been finalised to play Madhu, Rakesh Sharma’s wife in Salute, but the actress will be signing on the dotted line this week! This will be the second movie Kareena Kapoor Khan has signed after Veere Di Wedding this year – the earlier being one of Karan Johar‘s home productions opposite Akshay Kumar. SRK and Kareena will be working together after seven years. They had last acted together as husband and wife in Ra.One (2011).

Says an insider, “In a film, various issues including remuneration and dates need to be worked out first before an announcement is made. And Kareena and Shah Rukh coming together after Ra.One is very big news. But now everything has been sorted, the deal has been finalised and Kareena is doing Salute where she plays Madhu who is an interior designer by profession and astronaut Rakesh Sharma’s (played by Shah Rukh) wife. Kareena loved the story and is excited to be working with Shah Rukh again.”

Salute is a film which Aamir Khan opted out of, making way for Shah Rukh. Interestingly, some roles and movies that other stars, including Salman Khan in Chak De India and Baazigar, Aamir Khan in Darr, Ajay Devgn in Karan Arjun and Hrithik Roshan in Swades, left and Shah Rukh stepped into, went on to become Shah Rukh’s career-defining milestones. With Aamir opting out of Salute, it remains to be seen whether the movie will become another milestone in SRK’s career today.

Post Ra.One there were reports of a fallout between SRK and Kareena – which neither had admitted nor denied. But tongues went wagging last year when Kareena was among the very few Bollywood celebs who didn’t attend the launch of Shah Rukh’s wife Gauri’s new interior design store in Mumbai as almost everyone from Bollywood were present at the launch except Kareena. ” The reason behind the SRK-Kareena fallout was speculated by some as that she had not promoted Ra.One as much as she should have because she had given her dates away to her then fiancé Saif Ali Khan‘s home production Agent Vinod, which was being shot at the same time. Many had felt at that time that Shah Rukh would never work with the actress again but as they say – never say never.

Salute is expected to start by the end of the year. So yes, expect a formal announcement on the movie anytime now!