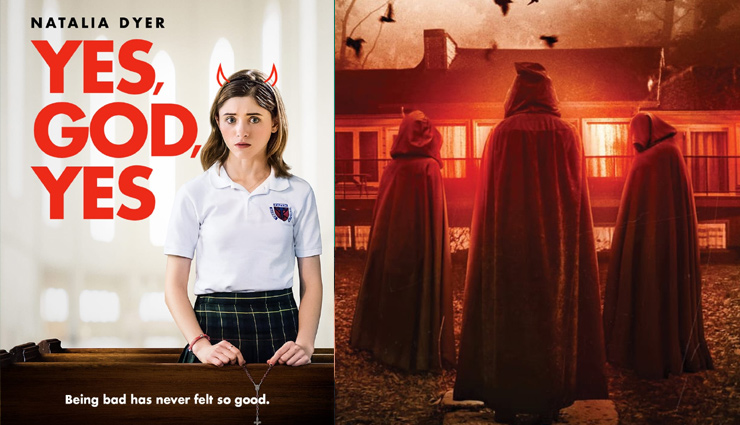 Spiral, directed by Kurtis David Harder is about a same-sex couple who move to a small town so they can enjoy a better quality of life and raise their 16-year-old daughter with the best social values, but nothing is as it seems in their picturesque neighborhood. Yes God Yes, directed by Karen Maine, is about sixteen-year-old Alice growing up in the ‘00s who has always been a good Catholic. But when an innocent AOL chat turns racy, she discovers masturbation and is overwhelmed with guilt. Seeking redemption, she attends a mysterious religious retreat to try and suppress her urges, but it isn't easy, especially after a cute upperclassman starts flirting with her.

Shortly after their recent digital release of the Horror movie HOST on Amazon Prime Video, PictureWorks has once again acquired these two new Hollywood films to stream in India.

The spokesperson of PictureWorks said, “Spiral and Yes God Yes are both wonderful films belonging to two different genres and now available for viewing to the Indian audiences at the comfort of their homes with Amazon Prime Video. While Spiral will give you goosebumps, Yes God Yes hits the funny bone in an all-new, promising way.” Both movies are rated fresh on Rotten Tomatoes with outstanding reviews”.