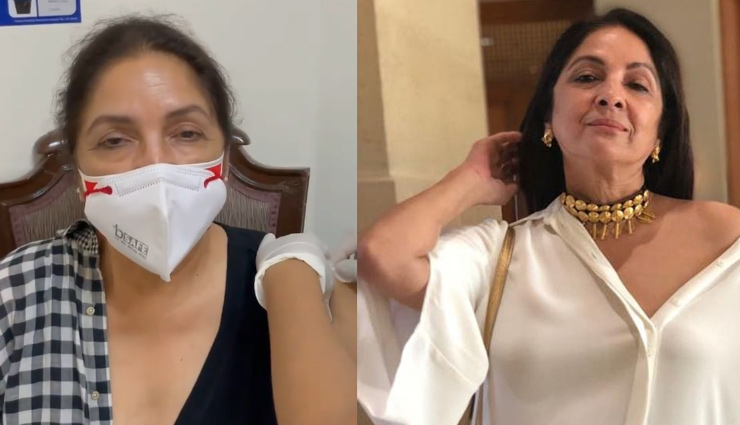 Veteran Bollywood actor and Neena Gupta on Wednesday became the latest Indian celebrity to take a jab of the COVID-19 vaccine.

The 61-year-old star took to her Instagram handle and shared a video of her taking the vaccination at Hinduja Hospital in Mumbai. Along with the video, she wrote, "Lag gaya ji teeka. Thank you @hindujahospital".

The 'Badhaai Ho' actor can be heard screaming "Mummy", while taking the dose. She said, "Lag rahi hai vaccine but dar lag raha hai par lagvane ayi hun" (I am very scared but have to get the dose).

In the end of the clip, Neena removed her mask as said, "It's done".

The 'Panga' actor became the latest addition to the list of celebrities who have taken the vaccination. Earlier stars like Anupam Kher, Hema Malini, Johnny Lever, Saif Ali Khan, Kamal Haasan and Satish Shah had also received the vaccination shots.

In March 2020, Bollywood singer Kanika Kapoor, who rose to fame with her song 'Baby Doll', became the first Bollywood celebrity to become a victim of COVID-19.

Meanwhile, on a professional note, Neena Gupta who was last seen in Ayushmann Khurrana starrer 'Shubh Mangal Zyada Savdhaan', will be next seen in the Kapil Dev biopic titled '83' with Ranveer Singh and Deepika Padukone. She also has 'Dial 100', 'Gwalior', 'Sardar ka Grandson' and Netflix's 'Masaba Masaba Season 2' in the pipeline.