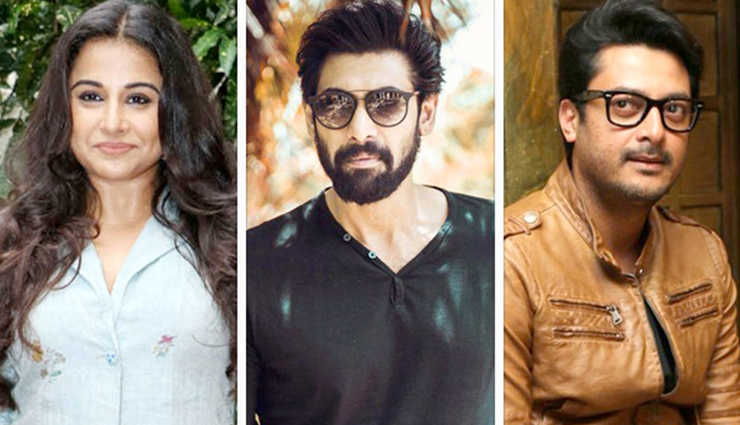 Nandamuri Taraka Rama Rao, one of the pioneers of Telugu cinema, will now have a biopic based on him. The late actor – politician’s life story will now be adapted on the big screen with his son Nandamuri Balakrishna playing the titular role. Directed by Krish, the film will also star Vidya Balan, Rana Daggubati and Bengali – Bollywood actor Jisshu Sengupta in titular roles.

The biopic on NTR was launched by Vice President M Venkaiah Naidu a few days ago in Hyderabad. As for the characters essayed by them, like mentioned before Telugu actor Balakrishna will play the lead role. Whereas, Vidya Balan is expected to essay the role of NTR’s wife Basavatarakam and Rana Daggubati will play Andhra Pradesh Chief Minister Chandrababu Naidu. As for Jisshu Sengupta, this film marks his foray into Telugu cinema and he will play celebrated filmmaker L V Prasad who launched NTR in the industry with the film Mana Desam. Speaking on his film in recent reports, Jisshu Sengupta revealed that he is super excited to work with Krish, the director for the second time. Since the two are already acquainted with each other after shooting for the Kangana Ranaut starrer Manikarnika – The Queen of Jhansi, the two are looking forward to collaborate again.

Elaborating on his character, Jisshu expressed his gratitude towards receiving an opportunity to play the role of such an iconic filmmaker. He further spoke in reports about the filmmaker’s works which were highly emotional and dramatic accompanied some mind blowing performances. While he has already started with the prep, Jisshu is also improving his linguistic skills since the language is completely new for him. While the film is expected to kick off this month, Jisshu will start shooting for the same from July 6 onwards. As for Vidya Balan and Rana Daggubati, they are yet to speak up on the details of the project.