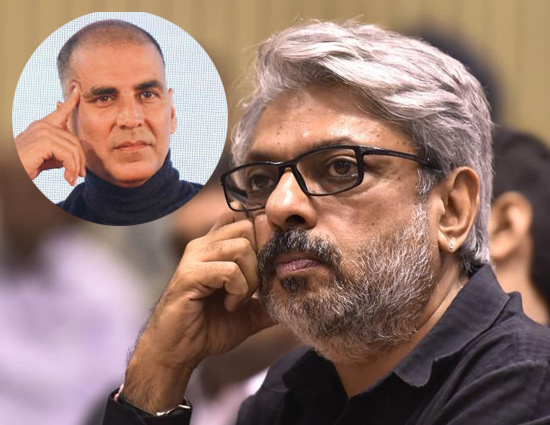 In the staring game between 'Padmaavat' and 'PadMan', one movie has blinked.

While addressing the media, Bhansali thanked the 'Rustom' star for moving the release date of his film ahead.

He said, "Padmaavat has been made after facing a lot of difficulties. We [the makers] decided to release the film on January 25, but it was clashing with Akshay Kumar's movie 'PadMan' and we requested him to move the release date of his film ahead and he agreed. I will always be grateful to him".

Bhansali also noted that film fraternity will be really proud of Akshay for this gesture.

Meanwhile, Akshay said that there is no point of clashing now, adding, "His (Bhansali) need is more for this date than mine".

When asked why 'PadMan' moved its release date and not 'Padmaavat', the National-award winning star replied, "They have a reason to release the movie this time. It is really essential for the makers of 'Padmaavat' to release the movie as early as possible. We could have easily come out on the same day, we have 4000-5000 theatres all over the nation and we could have easily shared them. But at the moment the stake of their film is much higher than mine. So, he asked me to do it and I did it".

Meanwhile, he did not answer any question on the 'Padmaavat' controversy.