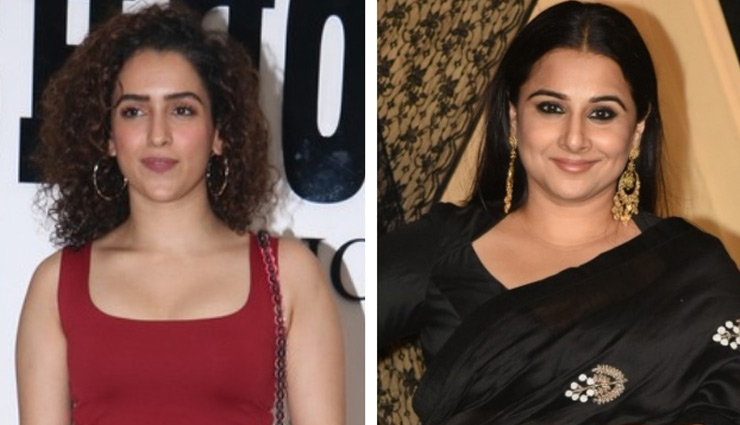 Vidya Balan has a special connection to biopics. The actress has already starred in The Dirty Picture, now she will be seen in upcoming NTR biopic followed by Mission Mangal. Last month, it was reported that the actress has been reportedly approached for Shakuntala Devi biopic which will be helmed by filmmaker Anu Menon and produced by Ronnie Screwvala. Now, it seems like Dangal girl Sanya Malhotra has been roped in for the film.

If the sources are to be believed, Sanya Malhotra was approached by the makers and they have her on board for this biopic. Sanya, who was last seen in Vishal Bhardwaj’s Pataakha and Amit Sharma’s sleeper hit Badhaai Ho, seems like she is choosing interesting projects. While there hasn’t been any announcement on the project yet, the project already looks exciting.

Shakuntala Devi was an Indian writer and mental calculator who was popularly known as the “human computer”. She had written several books including novels on astrology, mathematics among others. The writer had even published the book ‘The World of Homosexuals’ and extended her thoughts on homosexuality.

On the work front, Sanya Malhotra will be starring alongside Nawazuddin Siddiqui in Ritesh Batra’s Photograph which will be screened at Sundance Film Festival 2019. She has been roped to feature alongside Aditya Roy Kapur in Anurag Basu’s next.
Inputs from Freepressjournal