SS Rajamouli's Upcoming Film 'RRR' Will Be In Theatres In 2022 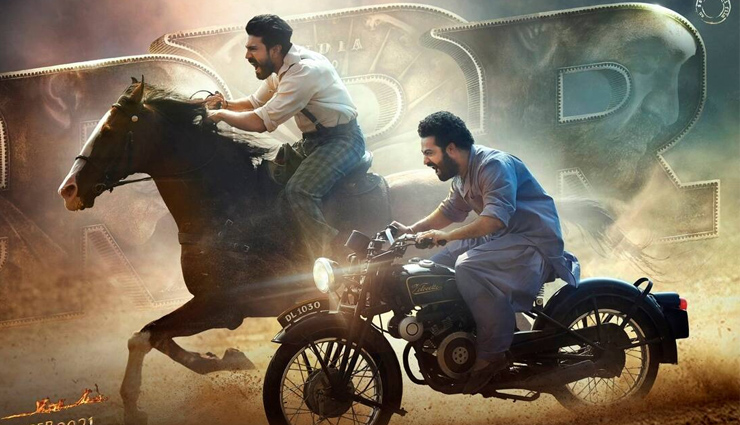 Filmmaker SS Rajamouli's upcoming period film 'RRR' has been announced to release in theatres on January 7, 2022, as the Maharashtra government recently allowed the reopening of movie theatres in the state.
The film was earlier slated to release in October this year on the occasion of Dussehra, but it got delayed due to the second wave of the pandemic. The period movie stars Jr NTR, Ram Charan, Alia Bhatt and Ajay Devgn in lead roles.
Ajay took to his Instagram handle and shared the update along with a special poster featuring the four actors.

In the caption, he wrote, "07.01.2022. See you at Cinemas!! Get ready to experience India's Biggest Action Drama in cinemas worldwide. #RRRMovie #RRROnJan7th."
'RRR' was originally planned as a July 30, 2020 release. However, the unforeseen delays, including those caused by injuries suffered by Jr NTR and Ram during production, forced the makers to push the release date.
The makers then pushed the release date to October 13 this year, but due to the theatres not being fully functional, the makers had postponed this date too.
Based on the lives of two celebrated freedom fighters- Alluri Sitarama Raju and Komaram Bheem. The period action drama film is produced by D. V. V. Danayya of DVV Entertainments. (ANI)