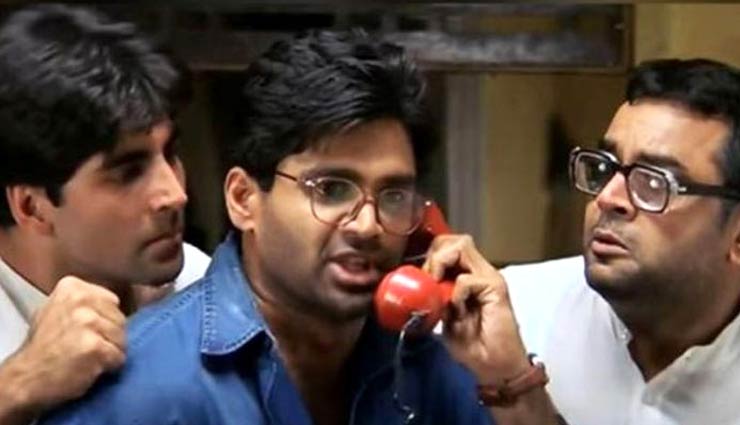 Actor Suniel Shetty, in an interview, revealed that the 'Hera Pheri' trio will be re-uniting for the third installment of the iconic 2000 comdey flick. 'Hera Pheri 3' is definitely happening and Akshay Kumar, Paresh Rawal and Suniel Shetty will be reprising their roles as Raju, Baburao and Ghanshyam.

Priyadarshan's cult classic that released in 2000 has a huge fan base and is one of the most loved comedy films in Bollywood. The movie that completed two decades on Tuesday, also had a sequel titled 'Phir Hera Pheri'. The reports of 'Hera Pheri 3' has been making headlines for quite some time now and actor Suniel Shetty has confirmed that the iconic trio will be reprising their roles. 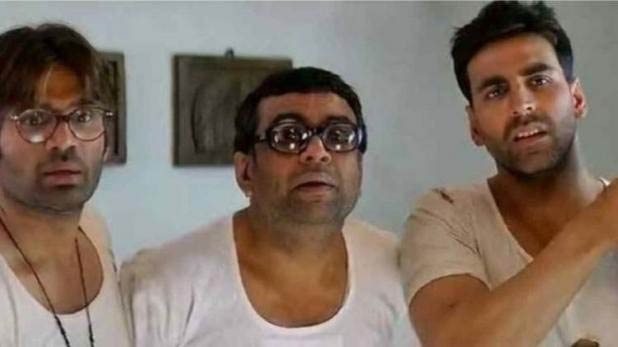 In an exclusive interview with Times of India, Suniel had spoken about the reboot to 'Phir Hera Pheri'. He said, “Of course! Absolutely! Because Babu Bhai, Shyam, Raju can have a problem anytime of their life whatever age it may be." The 'Darbar' actor also spoke about how much respect the three actors have for each other and the bond they share. He said that they are great friends, which 'makes it work like magic'.

He added, "I am looking forward to it. It will happen and whenever it does I know it will happen.”

Earlier on Tuesday, fans were hit with nostalgia as Suniel Shetty shared a heartfelt post on the 20th anniversary of 'Hera Pheri'. Sharing a picture of their characters - Ram, Shaym and Babu Bhaiyya, he wrote, "20 years and the love keeps pouring in... memories that will last a lifetime! #pareshji #herapheri @akshaykumar"

20 years and the love keeps pouring in... memories that will last a lifetime! #pareshji #herapheri @akshaykumar

Fans and Bollywood celebrities took to the comments section to praise the legendary movie. Actor Arjun Kapoor wrote, "My childhood in one film."

"One of the Best Bollywood Movie. Nobody could play these roles better than these 3 Legends. Thank you Anna for entertaining us with this all time Blockbuster of Indian Cinema," read another comment.On the work front, Suniel Shetty recently made his acting comeback with Rajnikanth's 'Darbar'. He will be next seen in John Abraham's 'Mumbai Saga'. The Sanjay Gupta directorial is a gangster action film that also stars Emraan Hashmi, Mahesh Manjeraker, Kajal Aggarwal, Prateik Babbar among some other notable actors.