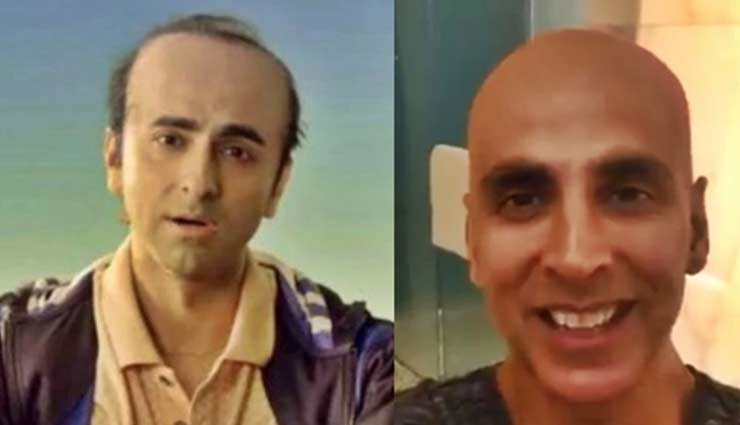 Yesterday makers of film 'Housefull 4' dropped another song ‘Bala’ featuring Akshay Kumar. Everyone was grooving on the ‘Bala’ song since its release. Even Ranveer Singh, Ayushmann Khurrana couldn’t stop himself when he heard the song. The song went viral on internet in no time.

When Akshay noticed this thing Khiladi star immediately responded in his exceptional style and wish Ayushmann Khurrana in twitter video as Ayushmannn’s next fim ‘Bala' is in the line for release.

He took to twitter and wrote, "Waah Bala, kamaal kar daala! All the best brother" and said in the video,”All the best from one Bala to another. Aap jald aaye hum aa gaye hai.. Good Luck brother and see you soon.. Byee”

Ayushmann Khurrana upcoming film 'Bala' will release on 22nd November while Akshay Kumar's 'Housefull 4’ is slated to release on October 26.