'I Don't Think You Can Be Scared, Cautious And Still Move Ahead In Your Career': Kriti Sanon On Upcoming Releases 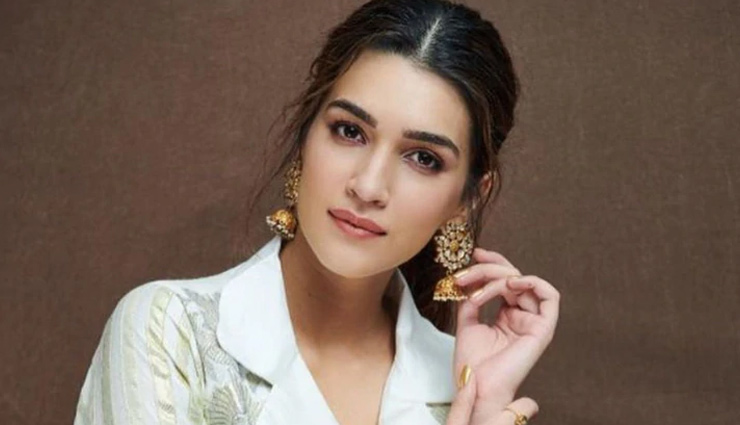 Bollywood Actress Kriti Sanon has a packed year ahead, with five films scheduled to release. Her projects are at different stages of production, boast of either big production houses or new genre or high expectation from fans owing to commercial value. Over the next few months, she will be seen in "Bachchan Pandey", "Mimi", "Adipurush", "Bhediya" and "Ganpath". The varied assortment, you would think, would weigh her down with pressure. The actress has no time for pressure, or be scared.

Kriti told IANS that I don't think you can be scared and cautious and still move ahead in your career. Fear pulls you back. Once I know why I am doing a project, there is no fear. You like the film, the storyline, the scene. You know you are doing something slightly different. Ok, it can be experimental but that's your reason for doing it then.

"I believe in all the films I am doing right now. Beyond that, my job is to do my part really well and work hard for it. The rest is not really in my hands. I don't want to take the pressure of 'oh what if this goes wrong?' I would rather think.' what if all of them go right!'" shared the actress, who had made her Bollywood debut with 2014 film "Heropanti".

Over the past seven-odd years, Kriti has been noticed for her roles, particularly "Dilwale", "Raabta", Bareilly Ki Barfi", "Luka Chuppi", and "Panipat".

Her upcoming films are a mixed bag, too. "Mimi", a heroine-centric film about surrogacy, has particularly drawn interest. While she wants to do more such films, she would prefer to balance it with every other kind of films. So, "Bachchan Pandey" is a commercial entertainer co-starring Akshay Kumar. "Bhediya" takes her to the zone of supernatural horror with Varun Dhawan. In "Ganpath", co-starring Tiger Shroff she engages in heavy-duty action. "Hum Do Hamare Do" co-stars Rajkummar Rao and is a social comedy drama. "Adipurush is a historical action drama with Prabhas and Saif Ali Khan.

"Would I love to do more such films (as 'Mimi')? Yes I would. But would I be looking for only this? No. I feel for me it's not only about what I am doing, it is about a project that really excites you. I feel like you have to really go beyond how many scenes I have and go more into how good the character is. Is it doing something to the film and I feel like as an actor, I want to explore more and do all kinds of films. I want to do smaller roles, which are very impactful as characters," said the actress.

However, Kriti does specify that "if it's just two scenes and two songs and if those are cut out from the film and the story remains the same, then that's not exciting. Your character is pivotal. As an actor I am very greedy and I know that I would always balance it out. So, I want to do everything".