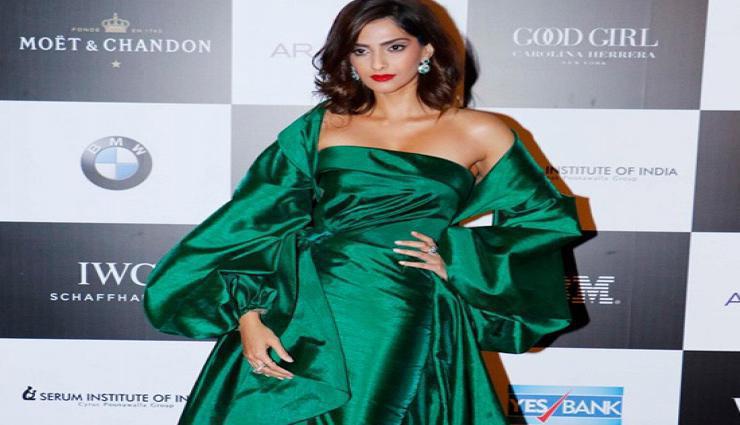 Sonam Kapoor, the fashionista of Bollywood has never failed to show her dressing sense. From being the forerunner of avant-garde fashion in the country to making basic Indian traditional attires look trendy, Sonam has mastered the art of acing the best of both worlds. 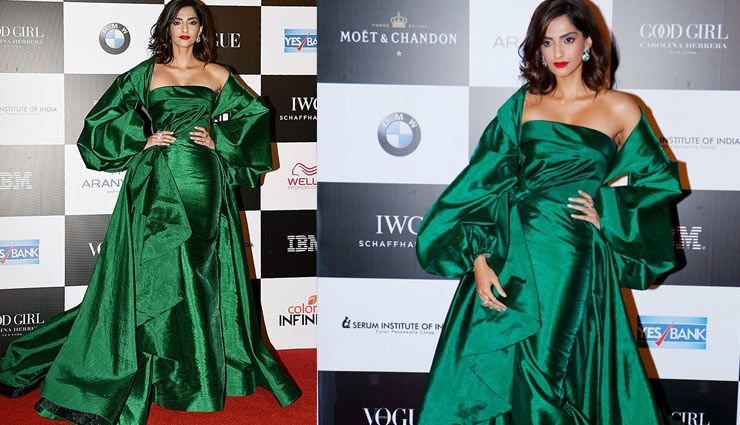 Sonam graced the glitzy red carpet of the Vogue Women of the Year Awards, and looked nothing less than the Queen of the Jungle, in her amazon-green gown.

Ms Kapoor was a majestic sight in the green ensemble by Fouad Sarkis Couture, which was dripping with elegance, thanks to the eye-catching, massive bishop sleeves. The strapless number looked royal, as it exuded just the right amount of sheen, and boasted some subtle ruffles around Sonam's waist. 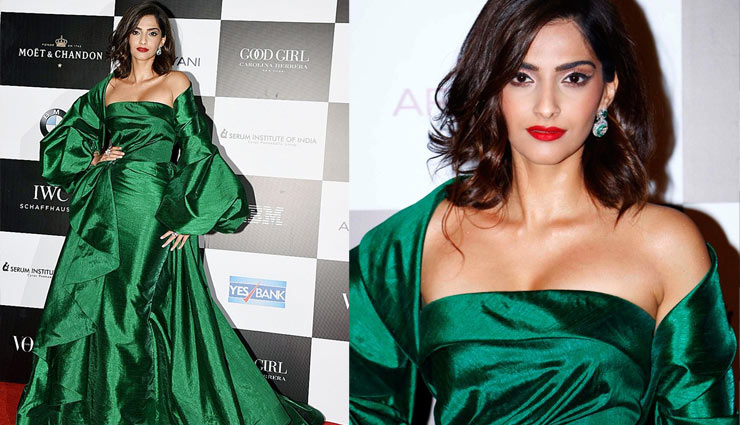 Though the attire had a decent train and flare emerging from the waistline, we can't really get over how magnificently the fish-cut attire accentuated Sonam's lean body.

The diva that Sonam is, she pulled off a bright red lip colour with this bold number that further jazzed up her sultry look. She finished the look with a pair of well-matched emerald drop-down earrings, and rocked this sexy number with a vintage-y hairstyle that gave her whole look an edge.