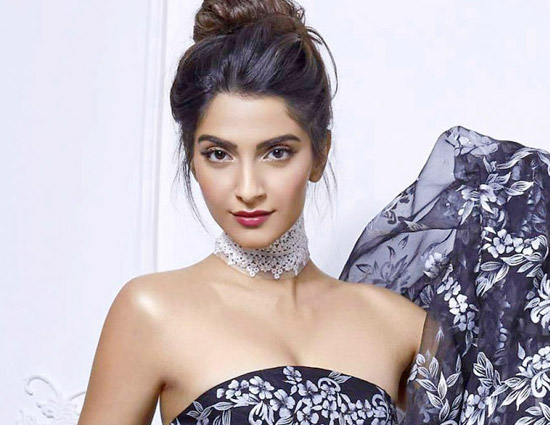 After gracing the cover of every big magazine of the country, the 32-year-old actress has now taken over the cover of Elle for the January issue.

The official Instagram page of the magazine shared the cover of the magazine and captiond it as, "Beaming bright on our January digital cover, @sonamkapoor perfectly captures our #mood for 2018!"

The National-award winning star is looking drop-dead gorgeous in a floral top and is all smiles on the cover. Minimal makeup and messy hair perfected the chic and classy look.

Meanwhile, Sonam will be next seen in R. Balki's 'PadMan' alongside Akshay Kumar and Radhika Apte.

The flick is slated to release on January 25