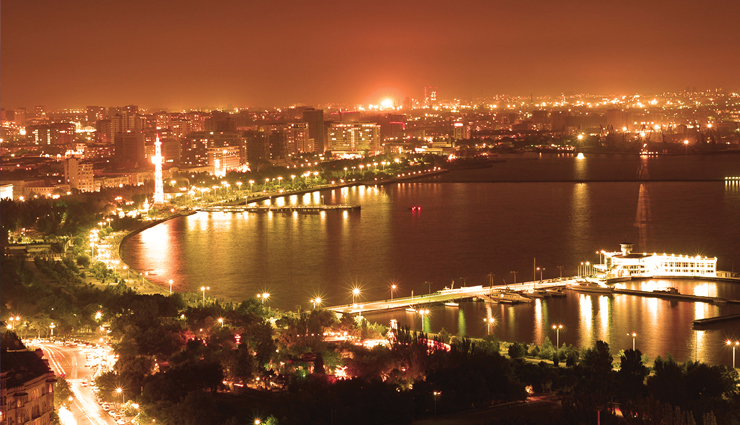 The Past and future blend effortlessly in the ‘City of Winds’ Baku, where the premium skyscrapers and the Soviet buildings sited alongside. Baku is the capital of Azerbaijan and also the largest city in the entire Caucasus region. It is situated at the Absheron Peninsula’s southern coast beside the Bay of Baku.

Baku is the cultural, scientific, and industrial hub of the nation Azerbaijan. At the heart of the city Baku, the ancient part lies within the fortress wall, is inscribed as the World Heritage Site of UNESCO in 2000. The finest modern architectural masterpieces, exotic traditional monuments, exclusive boutiques, promenade beside the Caspian sea, desert-ringed areas and the astonishing nightlife of Baku magnetize the traveler to explore Baku. Here are the must-see places to visit in Baku. 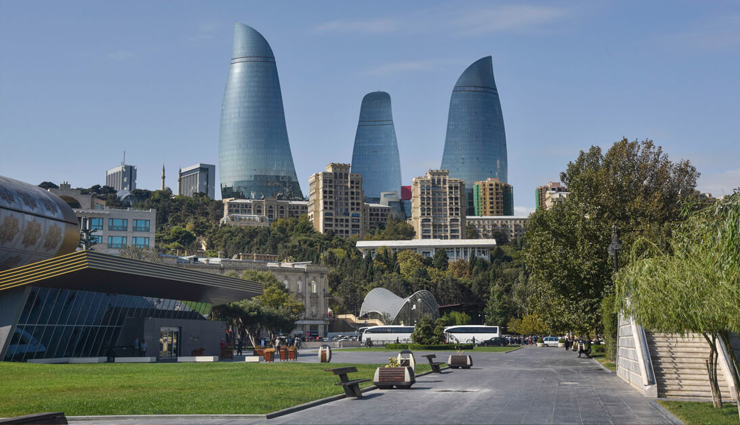 Located at an elevation of 28 meters (92 feet) below sea level, Baku is the world’s lowest-lying national capital city. It is also the world’s biggest city located below sea-level. 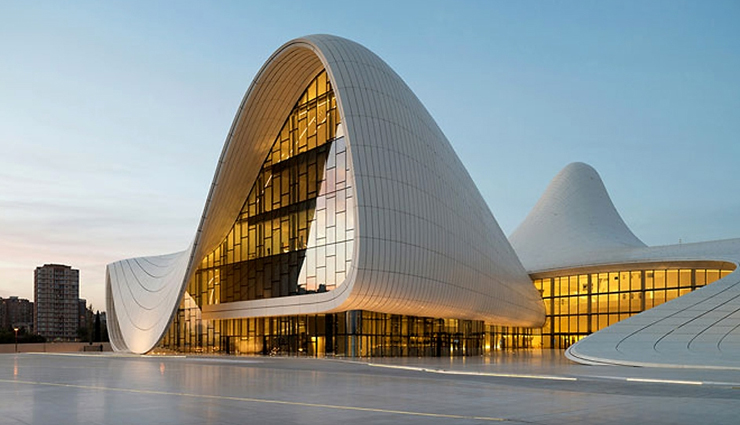 # Baku Has a Museum Dedicated to Miniature Books

Baku has a unique museum devoted to miniature books. Opened in 2002, the Baku Museum of Miniature Books is the only one of its kind in the world. The museum features over 6,500 books from 64 nations. Additionally, three of the world’s smallest books, which can only be read with the use of a magnifying glass, are kept in the museum. 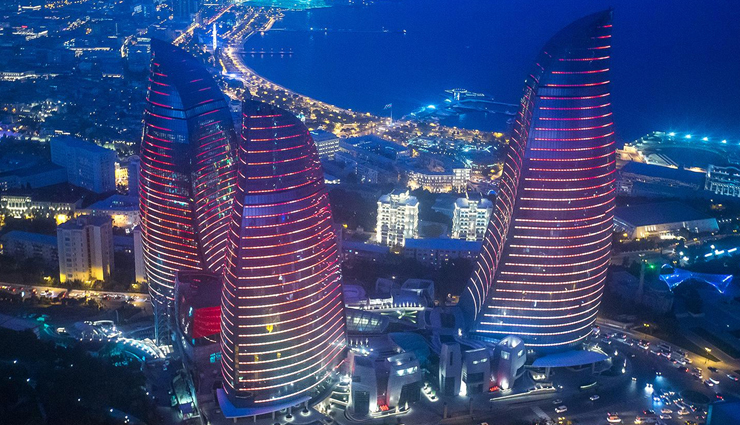 # The Inspiring Flame Towers Are Located in Baku

Named the Flame Towers, the trio of skyscrapers was designed to appear like the flames of a fire. Located in Baku, the towers symbolize the long history of fire worshipping in Azerbaijan. The Flame Towers, the tallest of which has a height of 597 feet, contain residential apartments, a hotel, and office units. At night, LED screens on the towers display a moving fire that can be seen from the edges of the city. These unique towers have been featured on the Discovery Channel's documentary, Extreme Engineering.

# Baku Has a Museum Dedicated to Carpets

The Azerbaijan Carpet Museum in Baku contains the world’s largest collection of Azerbaijani carpets. Opened in 2014, the museum was built in the shape of a folded carpet and features beautiful floral designs. Carpet-weaving demonstrations can be observed at the museum. 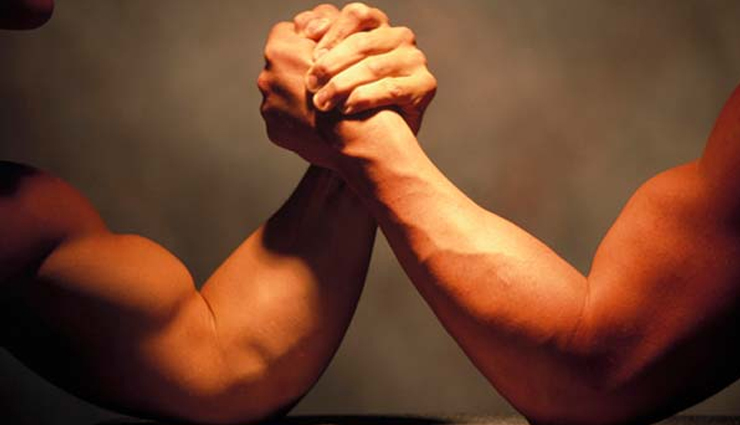 # Armwrestling Is Popular in Baku

Armwrestling is popular in Baku. In fact, the city features gyms and bars that host arm wrestling matches. The World Armwrestling Federation (WAF) even has an office located in Baku.

# Baku Is Located in Close Proximity to Mud Volcanoes

Several mud volcanoes are located near the city. These volcanoes bubble mud that releases gases, especially methane, but also erupt occasionally, releasing flames as high as 1 km into the air. 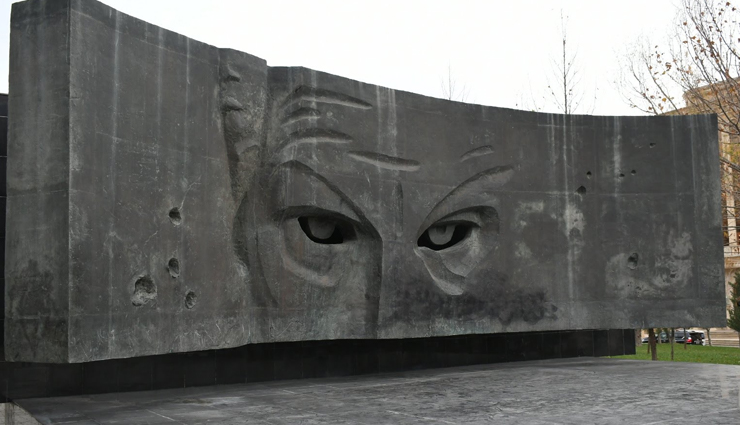 # Baku Has a Memorial Dedicated to a Super-Spy

Baku has a memorial in Zorge Park dedicated to the super-spy, Richard Sorge. Acting as a journalist in both Germany and Japan during the Second World War, Sorge was a Soviet intelligence officer that provided information which was crucial in Operation Barbarossa. 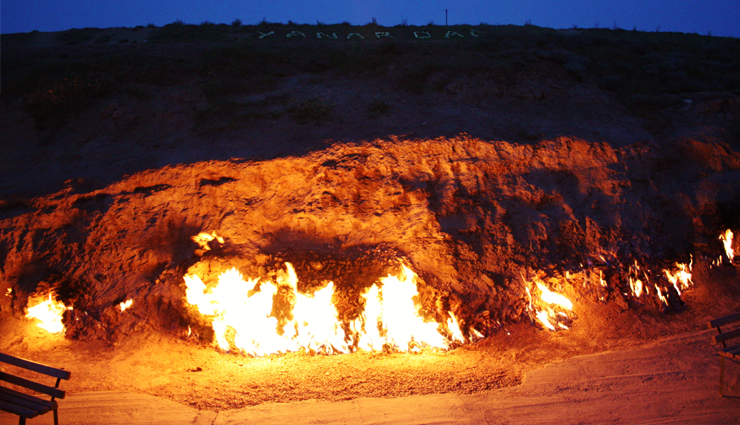 # The Ever-Burning Yanar Dag Is Located Near Baku

The Yanar Dag is a natural gas fire that burns continuously. Located near Baku, on a hillside in the Absheron Peninsula, flames from the Yanar Dag rise up 9.8 feet above the ground. A steady supply, called a "seep," of underground natural gas keeps the fire continuously burning.