10 Most Interesting Facts To Know About Golden Temple, Amritsar 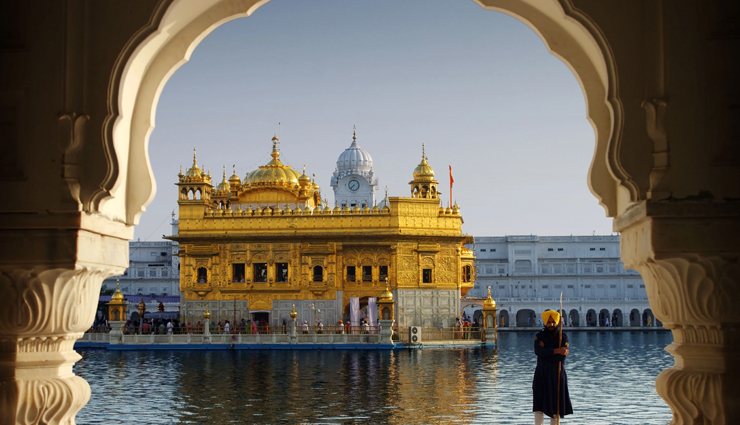 Amritsar is popular for one of the widely visited places of worship as “Golden Temple”. It is a major pilgrimage site for Sikhs known for its sublime aura. Situated in the core of Amritsar city, the Golden Temple is highly revered Gurudwara throughout the country.

According to the ancient scriptures, Lord Buddha has meditated at this sacred site. At those times, this spot was only a lake enclosed by thick forests. Lord Buddha has acknowledged this place as a perfect ground for meditation for saints, and sadhus. Let us know more about the interesting facts related to the Golden Temple in Amritsar city. 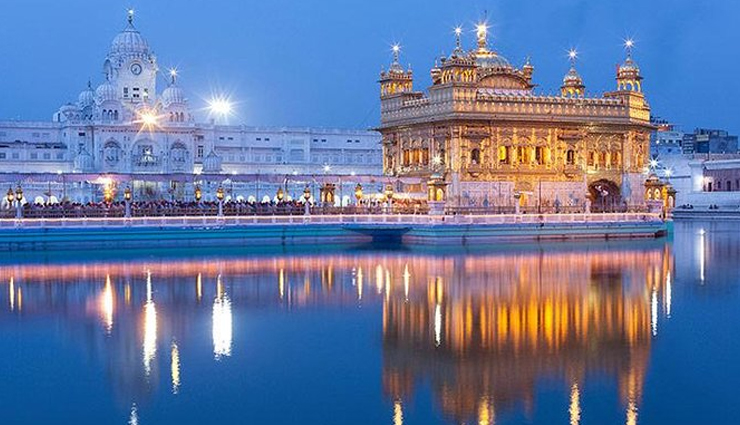 The Foundation Stone of this temple is established by a Sufi saint named “Sai Hazrat Mian Mir”. The Golden Temple, also called Sri Harmandir Sahib is a pinnacle of harmony, equality, and glory. Sri Harmandir Sahib has contributed significantly to informing the rich history of Punjab. It has made this sacred heritage a pious place of worship for the Sikhs.

This construction got initiated by the Fifth Sikh Guru called Guru Arjan. He designed the complete construction of Sri Harmandir Sahib. It began in 1581 and completed after eight years. After the demise of Sikh Guru “Guru Govind Singh”, the gurudwara was continuously attacked as well as demolished by the Islam rulers. In 1762, this spiritual heritage got completely devastated with gunpowder. A courageous Sikh ruler, Maharaja Ranjit Singh constructed this rich heritage again with marble and later decorated it with gold. He appointed Desa Singh for the maintenance, and operation of this temple.

The temple has got its name from its exterior covering of gold foil that got added to the marble construction by Maharaja Ranjit Singh around two centuries back post the construction. The dome present at the top of the temple is constructed from pure gold. The gurudwara is encased with elaborate gold panels. The ceiling of this temple is ornated with valuable gold and stones. The shrine is also called as Harmandir Sahib or Darbar Sahib. 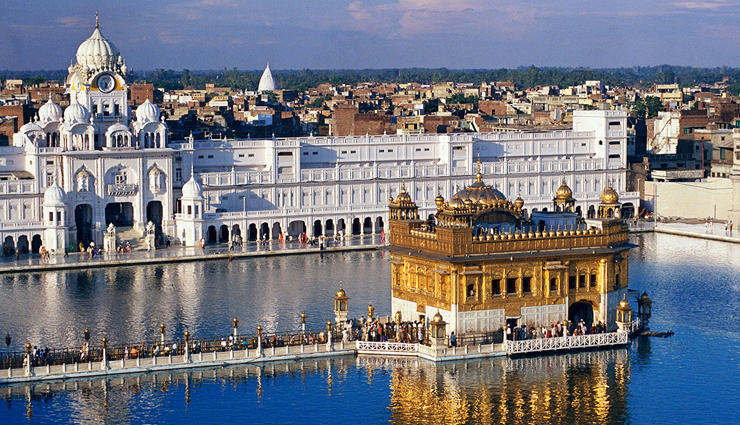 The Golden temple is enclosed by a manmade lake “Amrit Sarovar” which implies ‘The pool of nectar’. It is a major attraction for tourists who come to visit the Golden Temple. This pool lies close to the temple and has magical therapeutic qualities. It has been seen that devotees used to wash their feet, and hands in it. Sometimes they take a dip inside this pool before stepping inside the temple. It boasts an abundance of exotic fishes in it. In order to get to this temple, you will need to walk on water.

The 1st floor of the shrine is inundated inside the manmade lake called “Amrit Sarovar”. It has been considered that by taking a dip in its sacred pond “Amrit Sarovar”. It is only visible at the time of karsewa. Sikhs believe that by taking a bath in this river, their sins will wash away, and this holy water will attain salvation. A dip in this sacred river helps them attain spiritual possessions. Amrit Sarovar has the magical power to also cure disorders and ailments

The splendid structure of the Golden Temple with glittering golden walls and complicated and elaborate designs is a retreat for your eyes. It stands tall in the center of an enormous pool that gives the impression that this spectacular temple is moving on the water. This is an amazing sight and leaves a stamp on the soul.

In 1990, the temple got renovated. This reconstruction took around four years for the completion of the work. The entire renovation comprised of 500 kgs of pure 24-karat gold. The cost of the gold used for reconstructing the temple is 130 crores as of today. It has been supposed that the splendor of the Golden Temple reached until the 25th century.

Golden Temple is the finest example that showcases Mughal, as well as the Indian style of architecture. The exquisite architecture of this temple makes it a distinctive blend of Islam, and Hindu architecture. The entire shrine is ornated with marble-based sculptures and beautiful paintings that share a similarity in resemblance with the Taj Mahal. In this holy site, the priests chant the sacred Guru Granth Sahib that adds to the implicit appeal of this Temple. 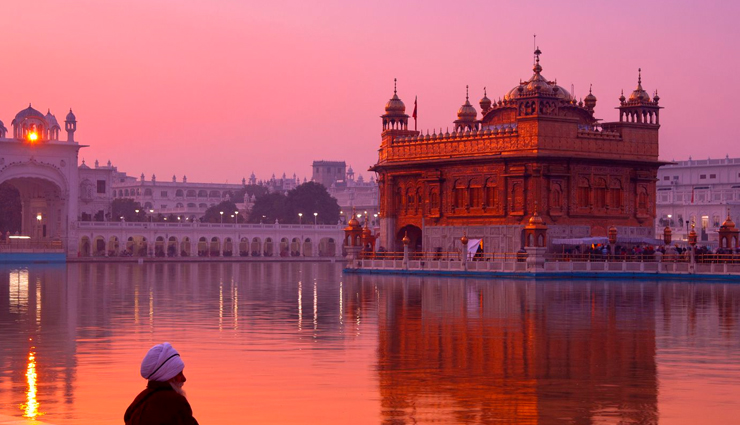 Another important fact of this temple is it has a total of four entrances that face in a different direction such as the East, the North, the South, and the West. This feature of entering from 4 different sides of it to display its acceptance, and openness. It implies that the temple welcomes devotees throughout the different regions of the world. Devotees belonging from different religions, creeds, and castes are permitted to enter the temple premises.

Golden Temple is known to organize the largest langar Sevathroughout the country. Golden Temple is the largest “free of cost” kitchen in the world. Every day, the temple serves more than 50,000 people daily. On religious events, this number even rises to 1akh or more. The delicious meal served here comprises of chapatis, veggies, dal, and kheer. The expense for the food served at this temple is done by the donations received from devotees. To date, the temple has served around lakhs of devotees on a daily basis. The temple doesn’t differentiate any person on the basis of their religion, caste, or creed. It treats every devotee equally. 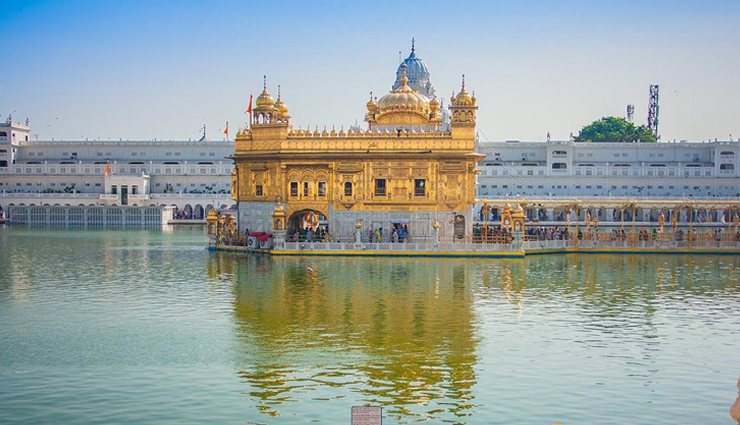 The stairs in the temple go downwards. This is a peculiar feature of this temple. It is different from Hindu temples where the stairs are taken in an upward direction to the temple, and always constructed on a raised stage above the ground. This design symbolizes the humble mode of living. As the temple is distinctively set up at a low level under the ground, its stairs lead to the temple that goes downwards.

# The demise of Baba Deep Singh at temple floor

One of the honorable martyrs in Indian History “Baba Deep Singh” took his last breath on the premises of this temple. Baba Deep Singh died while fighting the battle in 1757 to save Amritsar from the attack of Jahan Khan. He fought this fierce battle with the troop of 5000 men, his head got detached from the body. He kept his head in place with one of his hands and chivalrously fought against the enemies to reach the religious site and die on the floor. 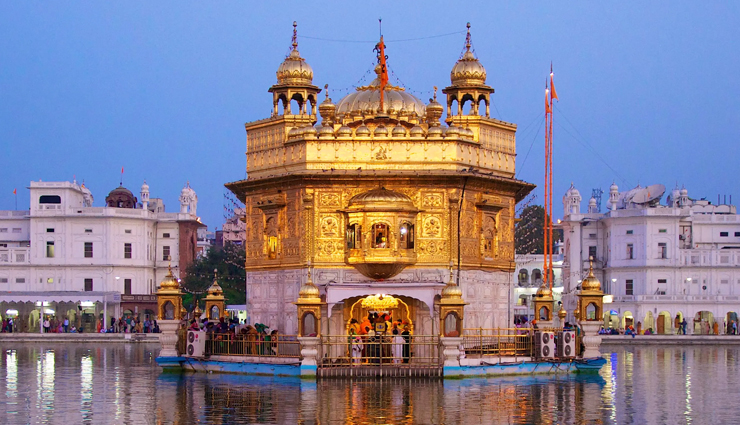 Millions of devotees visit the temple to get blessings. The maintenance, and operation of the iconic gurudwara are fully managed via donations. The regular task to cook, cleaning, and serve food is entirely managed by the helpers who provide their free services to the shrine.

In the Golden temple, around 35% of the total pilgrims who visit it are not Sikhs. In this way, this temple is famous among devotees of all religions, caste, creed, etc. and the temple also welcomes them without any discrimination.