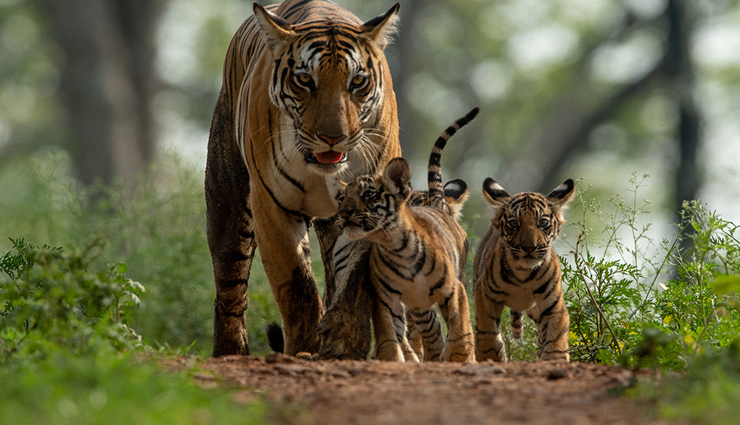 India is blessed with such different kinds of flora and fauna that we enjoy a diverse amount of wildlife and nature across the country. There are around 104 national parks in India and they all give us the thrill of getting a closer look at India’s wildest animals. These national parks in India are spread across different kinds of geographical landscapes and climatic conditions. The national parks mentioned below are ranked based on how prominently the wildlife can be spotted there, and the park’s continuous efforts towards the conservation of the wildlife as well as the communities around them. 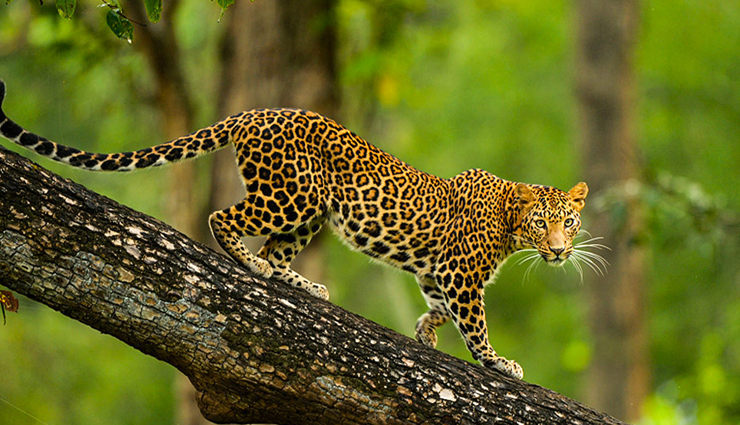 Set amidst the magnificent Brahmagiri Mountains, Nagarahole National Park is one of the prime locations to spot wildlife like tigers and Asiatic elephants. This national park in India is surrounded by jungles, set against a backdrop of the Western Ghats. Therefore, it is rich in vegetation with lush groves of bamboo and a lingering scent of sandalwood and teak. A jeep safari is recommended to spot tigers, and this park is best to spot leopards. But if you want to explore further you can go on a boat ride along the Kabini river that helps you see crocodiles, elephants and aquatic birds. The park is also a part of the Nilgiri Biosphere Reserve which has had success in restoring a pivotal elephant corridor that ran across an area of 3,500 acres. This corridor from Kallati to Semmanatham helps elephants migrate, without which the elephant population would have been affected. Furthermore, the tribal families in Ayyankudi, a village that falls in the corridor, were relocated to Mullampadi. 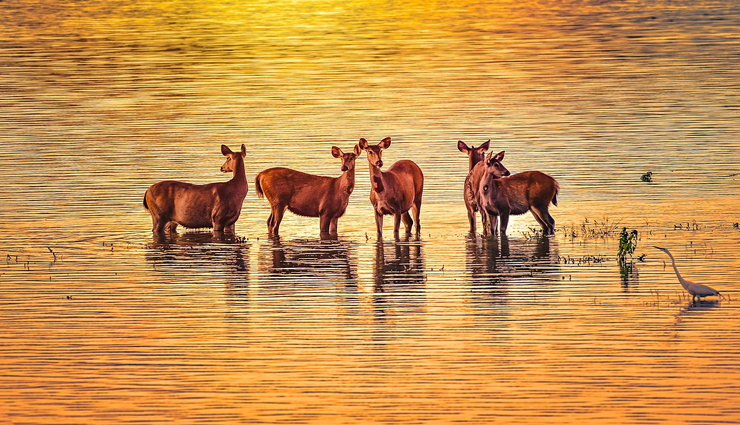 Filled with swamps and grasslands, Kaziranga National Park was started to help save the one-horned rhinoceros from being almost extinct. These rhinoceros were once the most hunted and poached animals, but this national park in India has protected them, and now two-thirds of the world’s population of one-horned rhinoceros is in Kaziranga National Park. Elephant safaris are the way to travel around this park. It’s located around six hours away from Guwahati and is on the banks of the Brahmaputra river. Spotting tigers is difficult in this national park, but wild water buffaloes, river dolphins, and endangered swamp deer can be easily viewed. The park is also located on the edge of the Eastern Himalayan biodiversity hotspots. The Kaziranga National Park came up with the Eco-Development Committees (EDC) that helps spread awareness about conservation in the communities around the national park in India. The EDCs help the communities establish themselves financially while choosing alternative livelihoods that support the conservation of wildlife. 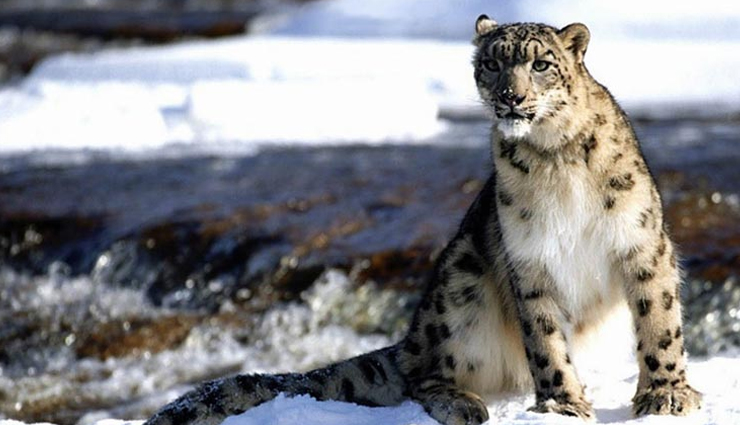 Spread across 4,400 square kilometres, Hemis National Park is situated in Ladakh. Located amid snow-covered mountains, the national park in India is famous for its snow leopards. There are rare sightings of the animal since the snow leopards come out in winter most of the time, but winters in Ladakh are not kind. Apart from the snow leopard, Argali (Great Tibetan Sheep), Bharal (Blue Sheep), Arkas (Shapo) are mostly spotted in the region. Wildflowers adorn the mountains, and other vegetation like endangered medicinal plants can be found. If you want to spot snow leopards, you can visit the national park in October or November. Around 1,500 people live in the five villages that are on the premises of this national park in India. These villagers lose their livestock because of the snow leopards, thereby weakening their financial status. Even though there has been a boom in local tourism in the last few years, the locals of Ladakh do not have any monetary gain since the trekkers bring in their own tents and trekking equipment.

Therefore, the Snow Leopard Conservancy India Trust officials took a survey to see if the trekkers would prefer homestays and what their budget would be like. Since they got a positive response they went ahead and trained the locals in hospitality by teaching them cooking techniques, basic etiquette, and identifying and conserving wildlife. The locals now maintain homestays and accompany the trekkers on snow leopard trails and thereby earn a livelihood. The villagers also have insurance set up for the loss of livestock. They collected around INR 50,000 and the Snow Leopard Conservancy Trust contributes equal amounts deposited in the bank. The village now also has a satellite connection, a small clinic, and more amenities provided by the forest department. 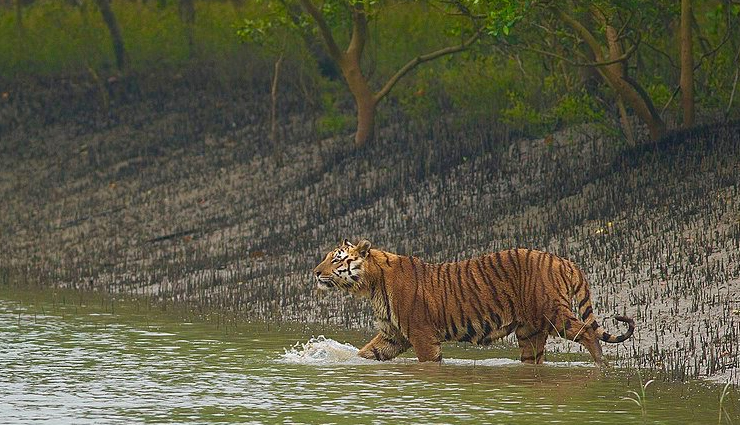 Amidst the largest mangrove forest in the world, the Sunderbans National Park can be accessed only by boat. Sprawled across 513 square miles, this national park in India houses many endangered wildlife species like the Bengal tiger, Olive Ridley turtles, estuarine crocodiles, and king cobras. It is rare to spot tigers, but the national park has a rich biodiversity with different kinds of birds, aquatic animals, and mangroves. There are around 102 villages in the park, but only half of them are inhabited. Along with wildlife you can enjoy eco-friendly accommodations provided by the villagers. Discovery India and World Wide Fund India (WWF) have teamed up with the West Bengal Forest Directorate to make the villages in Sundarbans climate-smart. They plan to use technology and set up ecological observatories and datasets that record the impact of climate change on the ecosystem. WWF is already developing sustainable livelihoods for the villagers and giving them access to clean energy. They also concentrate on using cheap measures for agriculture and adjust the crops to cope with climate change. They further want to reduce the conflict between humans and tigers that is affecting the tiger population. 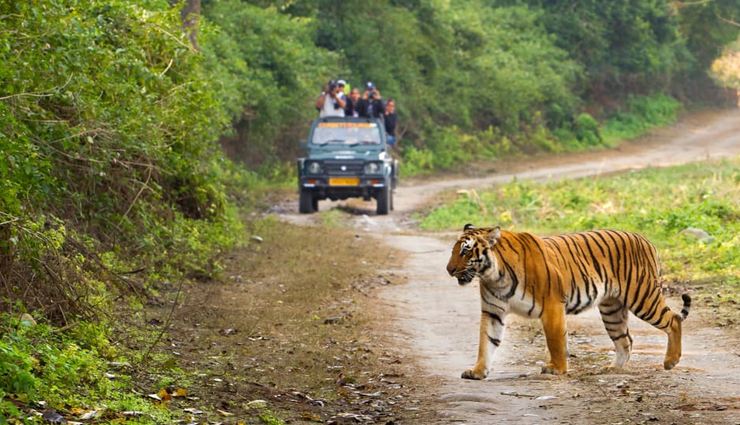 The first-ever national park established in India, Corbett National Park is spread across an area of 520 square kilometres. This national park in India is located three hours from Nainital and is famous for spotting Bengal tigers. Corbett National Park has more than 200 Bengal tigers and was part of ‘Project Tiger’ launched in 1973 to conserve them. Other animals like sloth bears, jackals, leopards also reside here. A safari can be booked for early mornings and afternoons but it is difficult to spot the Bengal tigers. This national park in India allows overnight stays, and you can enjoy the park in a private cabin in the forest rest house. The national park also has a relief scheme for the villages and the Gujjar tribes who reside near the park and their livestock that might be affected by the park predators. The forest department provides monetary compensation for the loss of livestock under the Interim Relief Scheme.