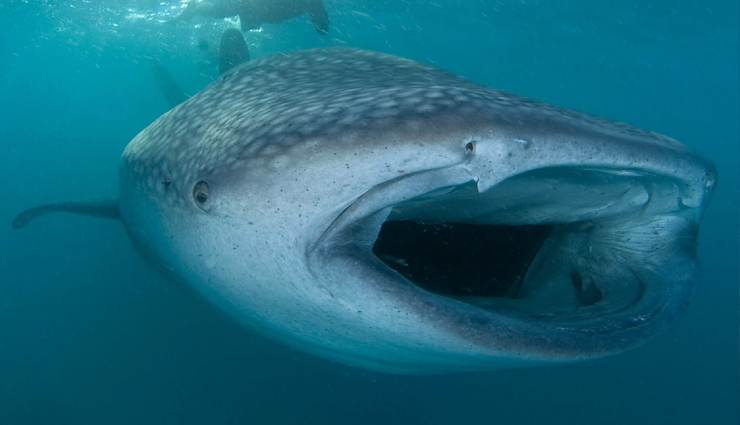 The whale shark (Rhincodon typus) is not only the biggest species of shark, but it is also the biggest fish in the world. Scientists also consider the whale shark to be one of the biggest vertebrates that is not a mammal. The biggest whale shark ever discovered, according to the Guinness Book of Animal Facts and Feats, was approximately 41.5 feet long and weighed nearly 47,000 pounds. Whale sharks are commonly located in tropical waters all over the world and prefer warm waters with a temperature higher than 70°F.

Whale sharks typically live in the open seas and avoid living deep within the ocean although they have been known to dive nearly 6,000 feet deep in search of food. The exact lifespan of the species is unknown, but scientists estimate that they can live for approximately 70 years. Whale sharks move slowly and feed through filter feeding unlike other well-known sharks such as the hammerhead and the tiger shark.

The species was given the name whale shark due to their huge size as well as their feeding habits which are similar to those of the baleen whales. Whale sharks are considered docile, and divers have spotted them in some areas such as Honduras, the Philippines, and the Galapagos islands. 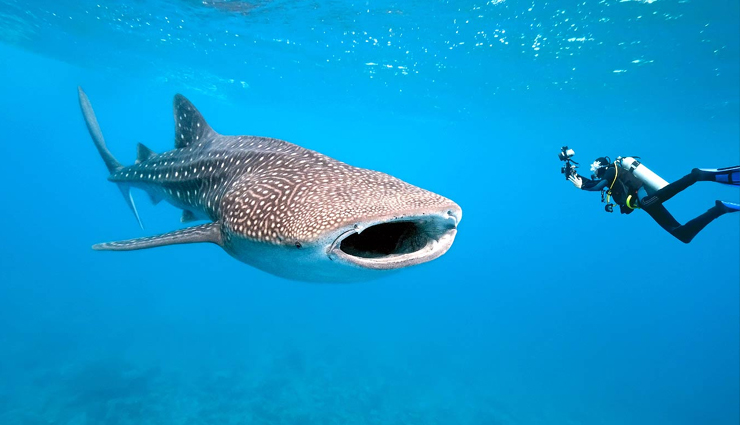 # The East Coast of Africa

One of the best places in the world to see whale sharks is off Africa's eastern coast in countries such as Kenya, Mozambique, Djibouti, and Tanzania. In Mozambique, whale sharks are commonly spotted from November to February. The Bazaruto Archipelago National Marine Park offers visitors the best location to view the whale sharks as they feed on krill. People can also spot whale sharks from Tofo Beach which is situated north of the capital Maputo.

Several diving centers have been established in these areas to give visitors the opportunity to swim alongside the whale sharks. Due to Tanzania's proximity to Mozambique, whale sharks appear in the nation coast around the same time as in Mozambique. The best location to spot them while in Tanzania is on Mafia Island. Whale sharks visit Djibouti's territorial waters to feed on the plankton within the Red Sea. While in the Red Sea, the fish dive for approximately 82 feet deep which are challenging for inexperienced divers.

Whale sharks are also commonly spotted off the coast of Madagascar. The best place to see whale sharks in the country is Nosy Be Island which has a fully equipped dive center allowing people to swim with the sharks. 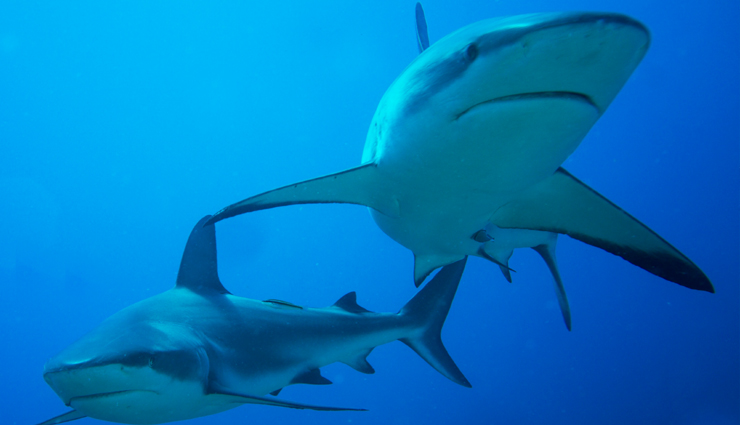 The 43,433 square mile nation of Honduras is another excellent place to see whale sharks particularly in the island of Utila. The island is unique since whale sharks can be spotted there throughout the year. The whale sharks usually congregate near the northern edge of the island and stay within the deep waters.

The Whale Shark and Oceanic Research Centre were situated in Utila due to the constant presence of whale sharks. The center has contributed significantly to the global understanding of whale sharks. Apart from Utila, whale sharks are often spotted off the Coast of Roatan Island in the Caribbean. 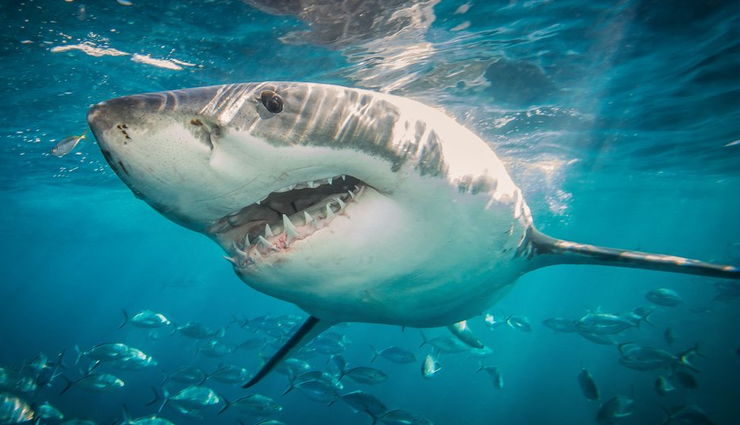 Whale sharks are also commonly spotted in Australia particularly in Ningaloo Reef. The reef is often considered one of the best locations for divers to swim alongside whale sharks due to the clear waters. The Ningaloo Marine Park was established to conserve the marine ecosystem in the region. Due to the significant role it plays in conservation the Ningaloo Marine Park, it was listed as a World Heritage Site. Whale Sharks can be spotted in Australia from March to July due to the feeding opportunities provided by spawning of coral. 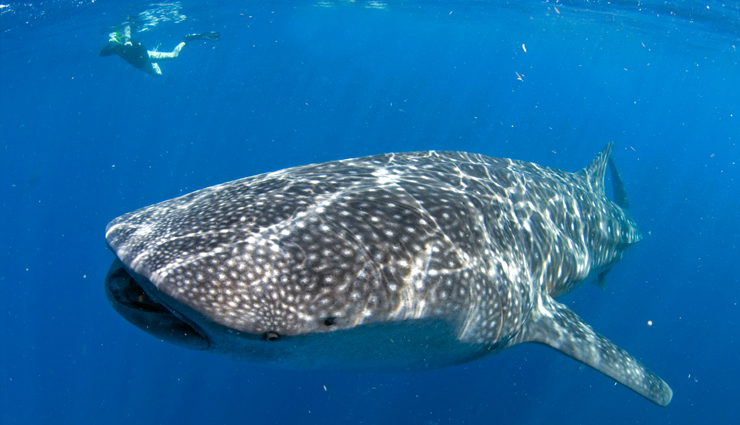 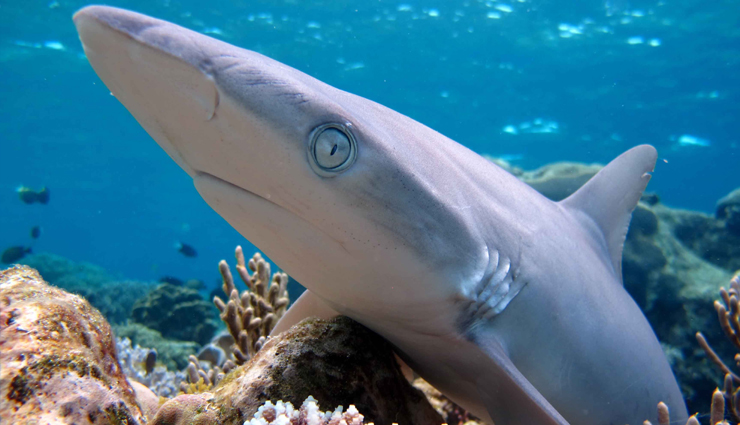