5 Most Haunted Hotels To Visit In India 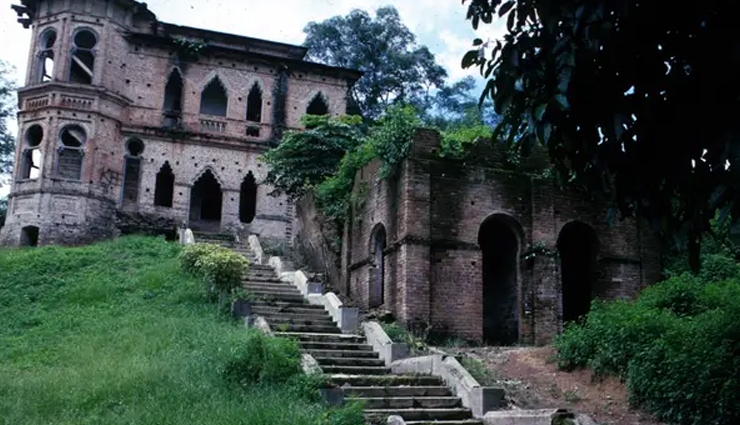 There are many stories about the haunted places in India that have been shut since ages. What if we tell you that there are places that still welcome tourists and are considered to be as haunted? Yes, you heard it right. There are a few top hotels in India that are considered to be haunted. Hop on to the list to see if you know any of these or have been there, or WANT to go. 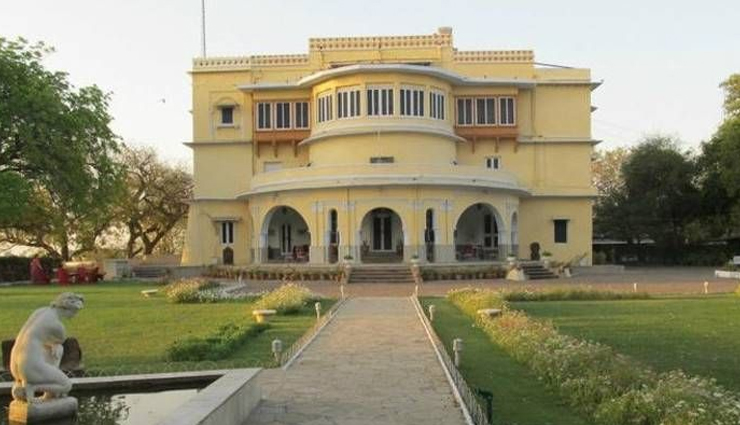 Built in the 1830, Brij Raj Bhavan was originally a palace, a state guesthouse and then was converted into a heritage hotel in 1980. The hotel is known for its spookiness. It was the residence to a family in the British Regime where Major Charles Burton lived and when the Sepoy Mutiny broke out in 1857, a group of Indian soldiers attacked the palace and killed the English officer and his children living in there. It is then said that the bodies were buried in the central hall of the palace. And since then the local residents began seeing strange figures and hearing spooky sounds, reportedly.

In 1980, the former Maharani of Kota recounted her experience of seeing Major Burton’s ghost. She would see Major Burton in her study room as an aged man with white hair and a walking stick. He would walk throughout the palace, harmless. But, wouldn’t spare the drowsy guards on duty, he would be really strict and would slap the guards to wake them up from their slumber (perhaps, to avert any possibility of another tragedy in the palace) The guards have also reported receiving a scolding from the ghost. People have also reported feeling uneasy at the central hall and asked to stay indoors at night and avoid taking a walk in the palace garden or terrace just as a precaution even though the ghost may be harmless. 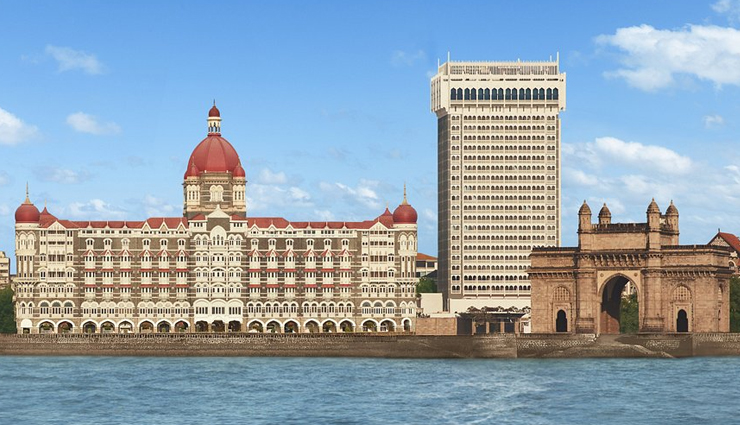 The Taj Mahal Palace is the most haunted location in Mumbai. It has faced a number of bad events, such as terrorism, death and ghosts. The Taj Mahal was opened 1903 and ever since it has catered to the VVIP’S and various celebrities. The hotel served as a military hospital during WWII and sustained a terrorist attack in the year 2008. The hotel saw a number of guests held hostage and the attack resulted in 137 deaths, with 31 of these deaths occurring within the Taj Mahal Palace Hotel. The architect of the Taj Mahal Palace W.A Chambers committed suicide by jumping of the 5th floor as there was an error in the construction. He is said to have approved blueprints before going on a short trip to the United Kingdom and upon his return he was shocked to discover the hotel was built facing in the opposite direction to which he has intended. Since it had progressed too far for this oversight to be corrected and he was a perfectionist, it got to him and he commited suicide. The guest has claimed to see his spirit roaming in the halls. It is said that Chambers is still looking after the hotel and managed to knock a staff member unconscious who was attempting to steal precious silverware. 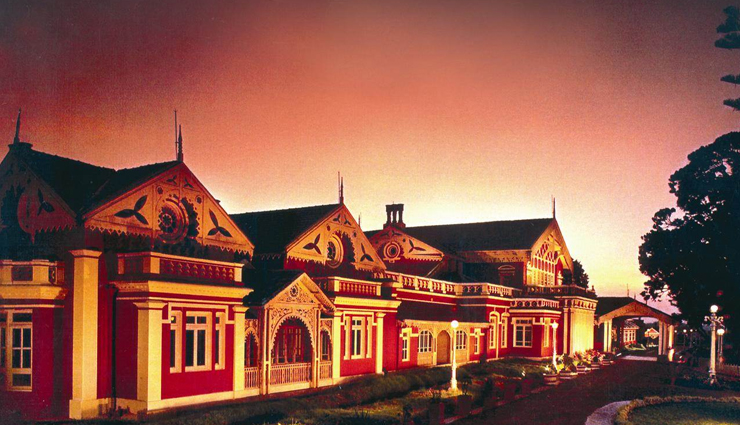 Hotel Fern Hill, Ooty is run by the State of Karnataka as it belongs to the Maharaja of Mysore late Shri Jayachamraja Wadayar. Built in the 1844 the hotel was later converted to a heritage property. Situated in a location called Fernhill from where it gets its name, the area has a very eerie feeling to it. Also, home to the Nizam Palace which is adjacent and is abandoned for its hauntings this hotel also seem to have paranormal activities at night. During the film shooting of Raaz. It is said by the crew members that they woke up in the night hearing sounds of furniture being dragged and rearranged on the upper floor. When they tried to contact the reception, the line seemed dead. When they approached the reception the next day the receptionist pointed at the roof above and said there was no upper floor. There are more such stories which say that the people who work there can hear the clashing sounds of swords in the kitchen of this hotel. 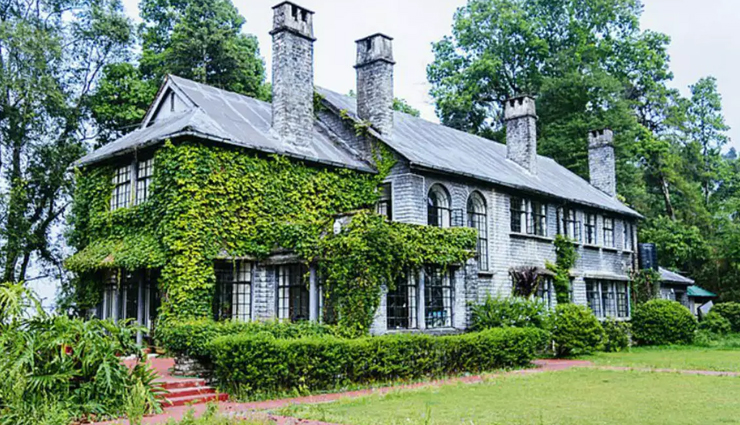 Morgan House Tourist Lodge, Kalimpong is a heritage house. Its located in the tiny hill station of Kalimpong, atop the Dupindara mountain West Bengal and was built in the 1930s by George Morgan a rich businessman. Mr Morgan got it built for his beautiful wife to celebrate their wedding and lived there until the death of Lady Morgan. The mansion then went to the trust and after the independence of India, the government took control of the property and now is a boutique hotel.

It is regarded as one of the haunted hotels in India as the ghost of Lady Morgan haunts the house. There are stories whereby people have heard voices of somebody walking in high-heels in the wooden corridors. Tourists have also reported that the reception staff asked them to keep a bible under their pillow and say “Jesus Loves You” before they went to sleep as they reported uneasiness and breathlessness. The bodies of the people who died due to a landslide before the mansion was constructed is buried under the house. There are sightings of a young boy pulling quilts of the guests who come to stay at the property and sounds of cooking in the kitchen every night. The room where Lady Morgan hung herself is sealed and locked up. 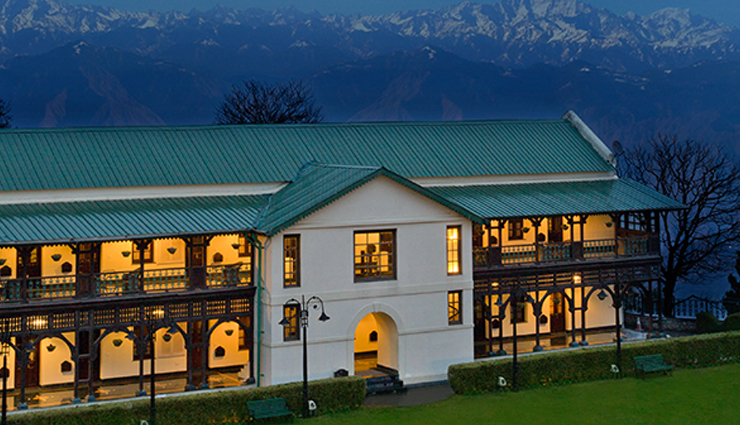 The hotel was built by Cecil D Lincoln, who was an Irish barrister from Lucknow in the year 1902. According to Ruskin Bond, it had “all the appurtenances of a hotel that was to become well known as the Raffles in Singapore or the Imperial in Tokyo [that] came up in these lumbering Mr. Buckle’s Bullock Cart Train”.

The hotel was the germ for Agatha Christie’s novel was based on the story of the 49-year-old British spiritualist, Frances Garnett-Orme who was staying at there and was betrothed to a British officer from the United Provinces, who died before the wedding. The tragedy got her to attempt communicating with the other side of life. Several weeks Garnett-Orme was found dead in her room and her door was locked from inside. Poisoning from hydrogen cyanide were revealed in the autopsy. In the coming months, the doctor who had performed Garnett-Orme’s autopsy was also found dead from strychnine poisoning. Garnett-Orme’s ghost and few others is believed to haunt the Savoy, they can hear heel sounds in the corridors and cold breeze sweeping through.