5 Most Unique Temples To Visit In India 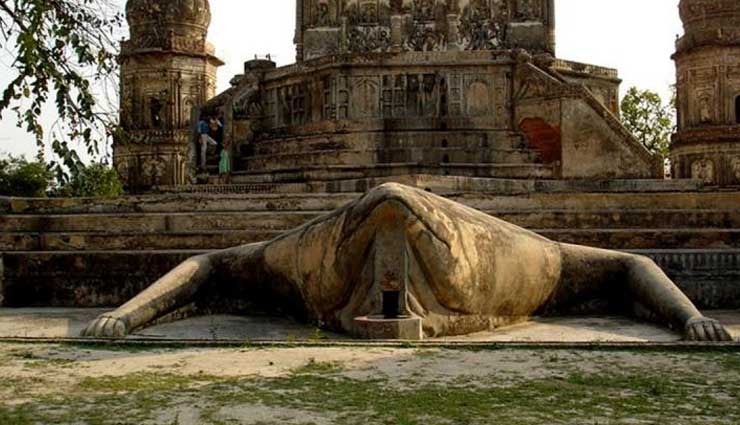 India is most famous for its temples. Ever since the ancient times, many rulers have built temples for certain gods and goddesses. Some of these are easily accessible while some are situated on the top of mountains or deep within caves.

Given the high number of temples here, it is no wonder that there are quite a few unusual and strange temples also in this country. So weird that they’ll keep you wondering for years. Well, these are worth a visit. 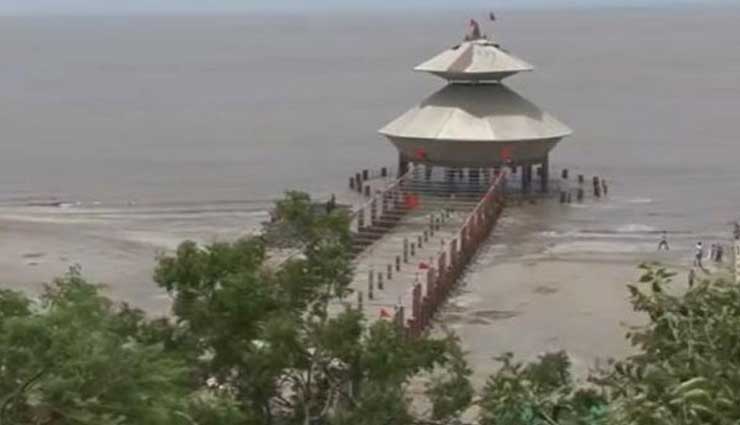 If a temple keeps disappearing and appears only on certain occasions, then it naturally becomes a unique temple.Stambheshwar Temple, also known as the Submerging Temple, is located in the Arabian Sea. But let me clarify something here. It’s not the temple that submerges but rather the idol.This temple is dedicated to Lord Shiv. Legend says that the Shiv Ling seen here was built by Shiv’s son, Kartik. Therefore, it is believed to be the oldest Shiv Ling in history. During high tide, the Shiv Ling disappears and only reappears after the tides get low.Well, do pay it a visit. You never know when the tides get high! 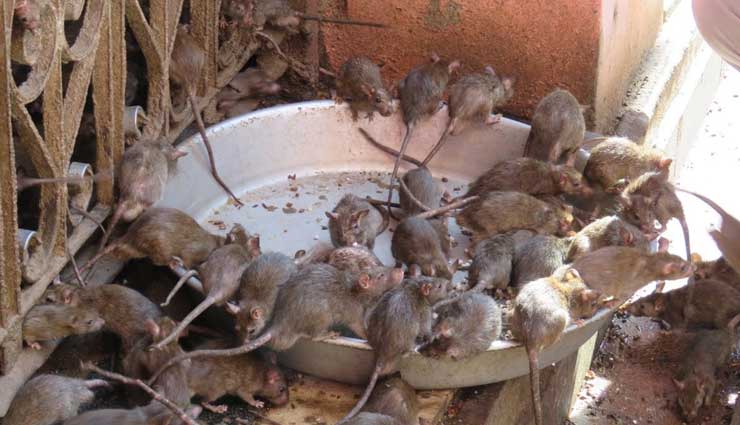 This temple is as strange as it can get. If you fear rats, don’t even set foot in the temple complex. Also known as the Temple of Rats, this temple is full of them. That’s right. Also, there is not one or two but twenty-five thousand rats in here. And the best part is that hundreds of devotees come daily to visit this temple and pay respect to the rats.The rats in the temple are considered holy. You can understand this by the legend behind it. Karni Mata is the incarnation of Goddess Durga. There are many versions of the legend, but the one believed by the local people is the most probable.Locals say that once, an army of 25,000 people fled the battlefield and came to the temple to hide. Running away from the battlefield was considered a sin, but Karni Mata felt pity for them and spared their lives by turning them into rats. They offered her temple life-long protection. Another story says that these rats are incarnations of the goddess’ sons. 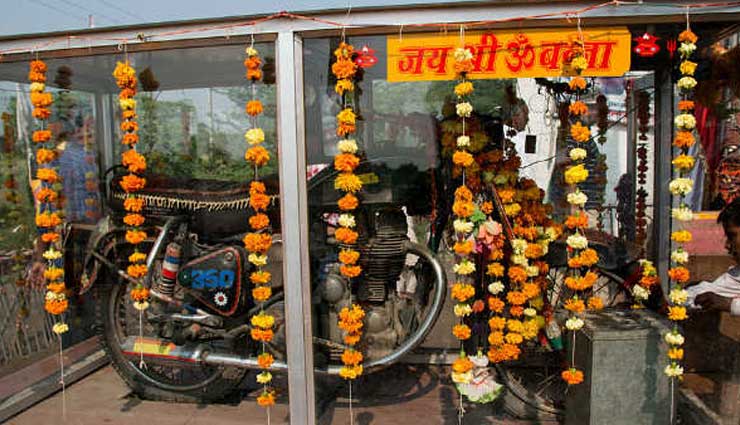 This has to be the strangest temple in the world. Located in a small village in Jodhpur, this temple doesn’t have an idol of a god or goddess. Instead, people worship a Royal Enfield ‘Bullet’ motorcycle here.There is no legend behind this temple but a true story. In 1991, the sarpanch’s son (village head’s son) was killed in a bike accident. He was riding a bullet at night when it hit a tree, and he died on the spot. The police investigation started as usual, and his bike was taken to the police station. But the next morning, the bike appeared back on the spot of the accident. The police even chained the bike and locked it, but it magically came back to the accident spot by next morning.The villagers believed this to be a sign and therefore, they made a temple in the area. They placed the bike within it, and now people come to worship it. They pray for a safe journey here. Also, the villagers in the area respect tourists a lot. 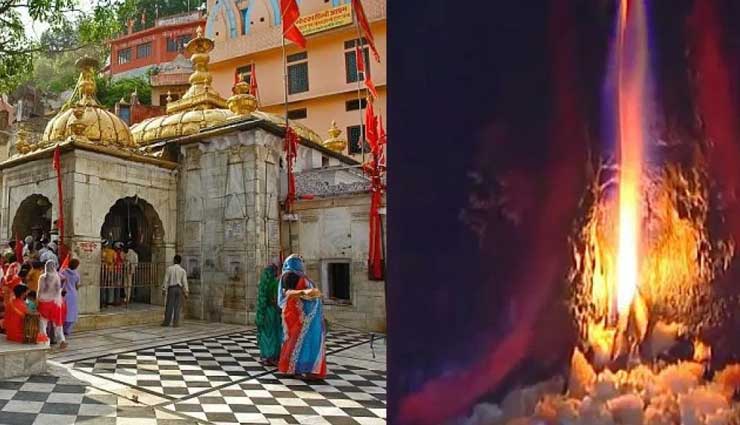 Located atop a hill, this temple is as old as the Vaishno Devi Temple in Jammu & Kashmir. If you don’t know about that one, read about it in The Most Majestic Temples in India.Jwala means flame. This temple is so ancient that it was even mentioned in Hindu epics like the Mahabharata. The strange fact about this temple is that it is built around a cave where a flame keeps burning. People say it’s an eternal flame because it never extinguishes. It has been burning like that, supposedly, since many Yug (Hindu mythological period).It is believed to be the place where Sati’s tongue fell when Vishnu pierced her body into many parts through arrows. Sati was Lord Shiv’s consort. Once, when her father insulted Shiv in front of everybody, she couldn’t bear it and jumped into the burning fire in the Yagna Kund (the fire lit for worshipping gods).Hearing the news of her death, Shiv was devastated. He carried Sati’s body in his arms, and his wrath was destroying the universe. At that time, Lord Vishnu could think of nothing else but shooting arrows to split her body into pieces, and they fell in different places on the earth. Wherever they fell, an eternal flame started burning. Some say this is because she herself was born out of a fire. 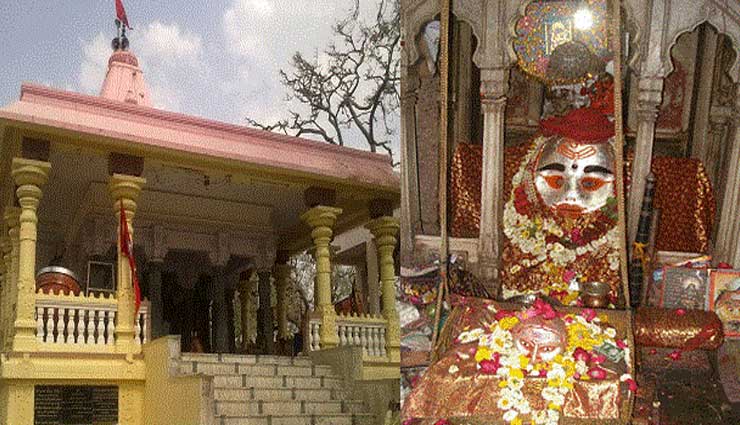 It is a large Hindu temple located in the city of Ujjain.You might think that people bring sweets and money for the deity but no. They bring liquor. The government sanctioned selling of liquors in the temple complex on stands so that people won’t have to buy them from unlicensed vendors. Country liquor and foreign liquor are available here.People buy the bottle and hand it over to the priest who takes it in a small bowl. The statue of the deity is a rock having a slit. The priest then pours the liquor in the bowl through the slit of the rock and gives the rest back to the person. It is said to bring good luck.