5 Places In Italy You Cannot Miss To Visit 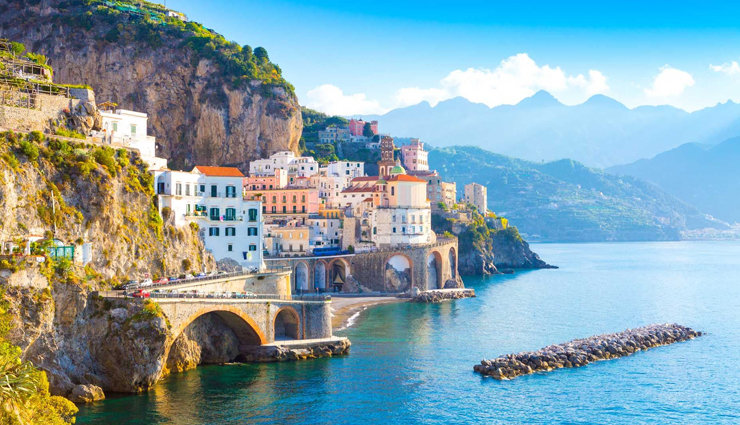 The history of Italy, then Rome, dated back to nearly 753 BCE, and it has witnessed prolific growth in terms of art and culture. From the emergence of the Roman Catholic Church to giving birth to the Renaissance to nurturing humanism, the country’s influence on the world’s course of history is unfathomable. No doubt Italians are so proud of their cultural heritage. They have a natural inclination towards classic art, dynamic music and good food. The country is home to some of the greatest icons from the past, and it treasures almost 50% of the world’s most iconic arts.

The spring (March-May) and the autumn (September-November) is perhaps the best time to visit Italy, especially if you want less crowd and more tranquility. At the same time, the weather also remains comfortable during this time. During the summer (July-August), the tourists’ group reaches its peak, making it difficult to enjoy the sightseeing peacefully. Moreover, you do not need to break the bank to have an Italy trip. Italy is less expensive when compared to the other nations of the EU, like the UK. However, the prices go higher than usual during the peak season of the summer.

Italy is famous for its bright and colorful festivals. If you are traveling to Italy during the festival season, you cannot afford not to participate in them. Some of the very popular festivals are Carnevale, Palio de Siena, Procession of Mysteries, Battle of Oranges, Riggata, and Infiorata Festival. 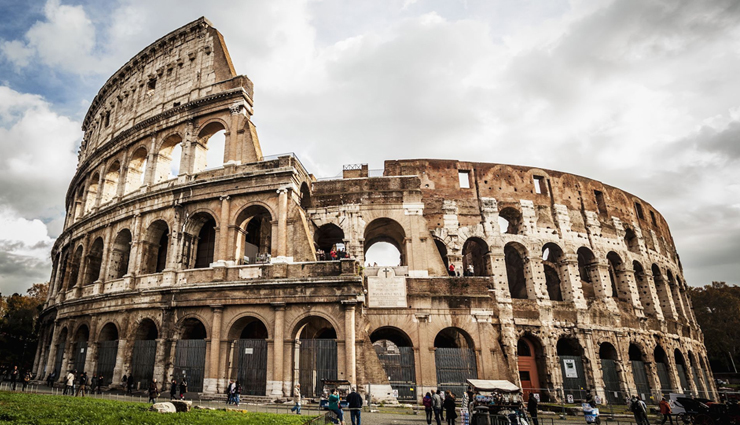 Colosseum is a vast arena built by the Roman Empire, and it is also their most enormous surviving edifice. It was made to fulfill the demand for public entertainment through sports and spectacles. The whole oval-shaped structure of the Colosseum was 186 meters long and 156 meters wide.

The Colosseum is one of the best places to visit in Italy with family. You can see it on your own, but going for a guided tour would be more convenient, keeping the tourist rush in mind. Also, do not forget to visit the Hypogeum and the Upper Tiers and most of the tourists tend to neglect them. Walking through the underground tunnels and seeing the lion cages will give you goosebumps. Also, try to cover the nearby attractions like the Arch of Constantine, Roman Forum and Palatine Hill. 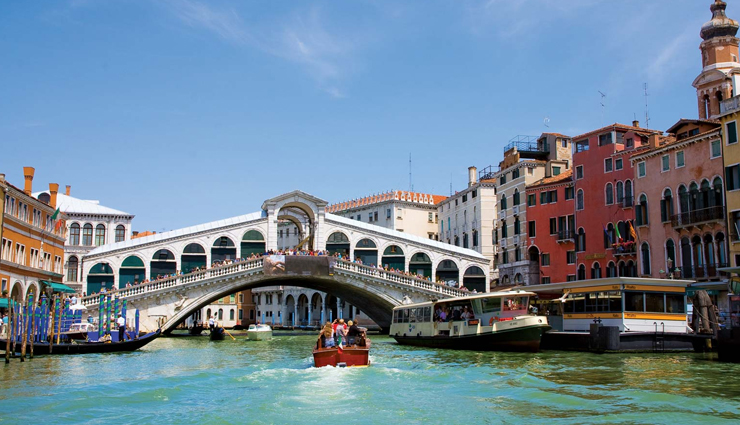 Who has not dreamt of a gondola ride in Venice? No one, perhaps. Venice, a city of islands, uses the waterways as their streets. The Grand Canal is the largest among those numerous passageways. It has the most beautiful of the palaces situated by its sides. These palaces belong to some of the wealthiest families and date back from the 13th to the 18th century.

If you want to enjoy a gondola ride avoiding the crowd, you should visit the Grand Canal before 9 in the morning. A typical 40 minutes of gondola right in the morning costs around 80 Euros. An additional charge of 20 Euros will have to be paid for an extra 20 minutes. The prices are generally high in the evening. 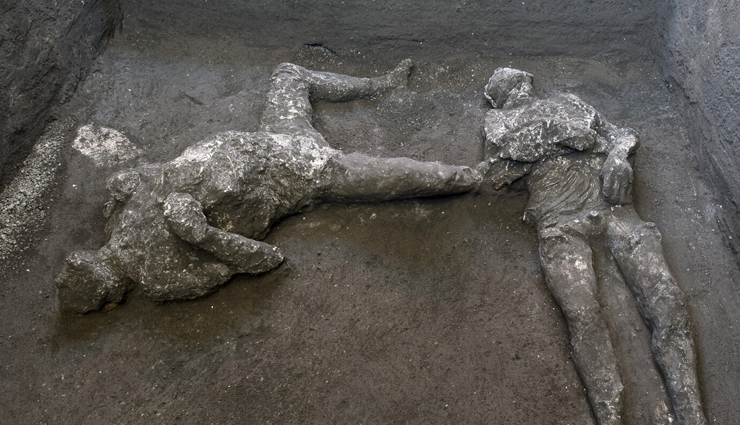 Pompeii is a beautiful city situated near Naples in Campania. Nearby to this ancient city is the infamous Mount Vesuvius, whose eruption destroyed the whole town in 79 AD. This a city of archaeological sites and historical remains. It will let you have a glimpse at the excellence of Ancient Roman engineering and architecture. At Pompeii, you should see the Temple of Jupiter, the Basilica, the stone columns and the Triptolemus. The city also has a grand amphitheater named Teatro Grande and the most oversized community baths, Stabian baths.

Herculaneum is another excavated city near Pompeii. Unfortunately, it was also destroyed by the same eruption. If you are staying for longer, you should try climbing up to the rim of Mount Vesuvius. 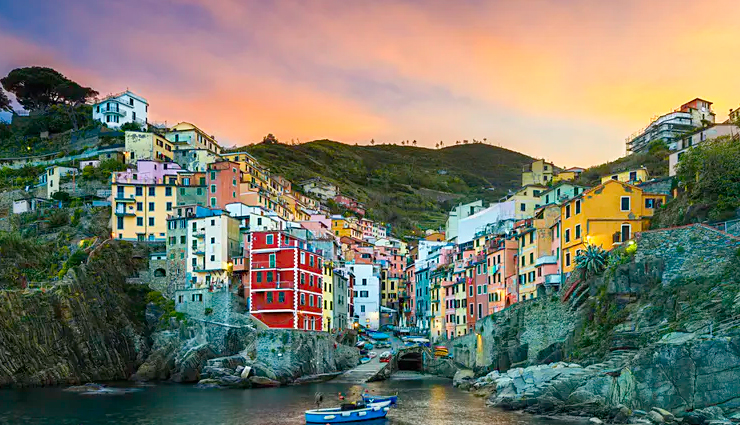 If you want to experience a memorable sunset on the Mediterranean Sea, you should visit the coastal region of Cinque Terre. It is also called “The Five Lands” because of the five fishing villages of this region. They are Monterosso al Marre, Vernazza, Corniglia, Manarola and Riomaggiore. These villages are connected via beautiful narrow roads and a railroad. It is one of the best places to visit Italy with friends due to its beauty and remoteness. 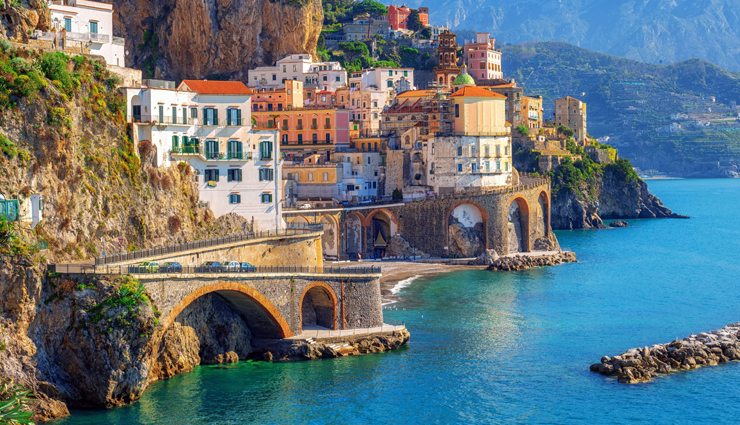 Amalfi Coast stretches along the coastline of the Sorrentine Peninsula and has gained the UNESCO World Heritage Site title. The two most famous towns are Positano and Amalfi. Apart from the towns, it would be best to explore the villages to enjoy the scenic beauty of this place.

Grotta delo Smeraldo or Emerald Cave is situated close to the village of Conca dei Marini. You can also hop between the villages using boat rides. However, walking through the coastline is the best thing you can do here. The walking trail of Santiago Degli Dei, Footpath of the Gods, will take you through the magical world of lush green, lemon groves, and wildflowers.