6 Best Places To Celebrate Holi Around The World 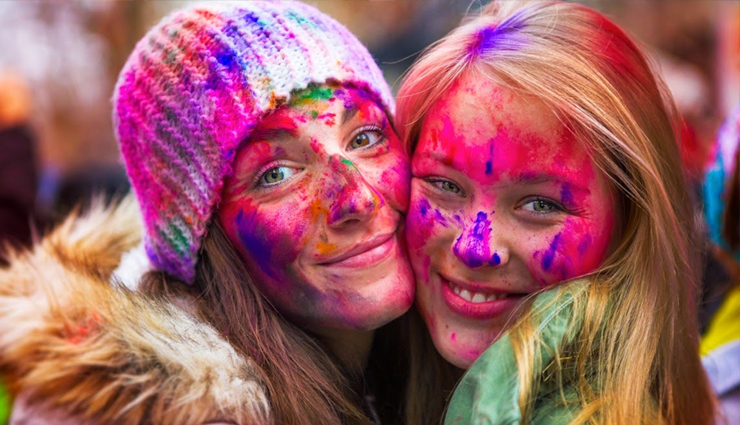 A Hindu festival originating in northern India and Nepal, Holi is a chaotic celebration of spring, love and colour, where revellers fling coloured powder and water while dancing in the streets.

This unmissable, kaleidoscopic annual extravaganza takes place on the last full moon of the Hindu lunar month Phalguna (mostly in March). This timing symbolizes the transition from winter to spring, new beginnings and the triumph of good over evil.

Here are the six best places to celebrate Holi outside of India. 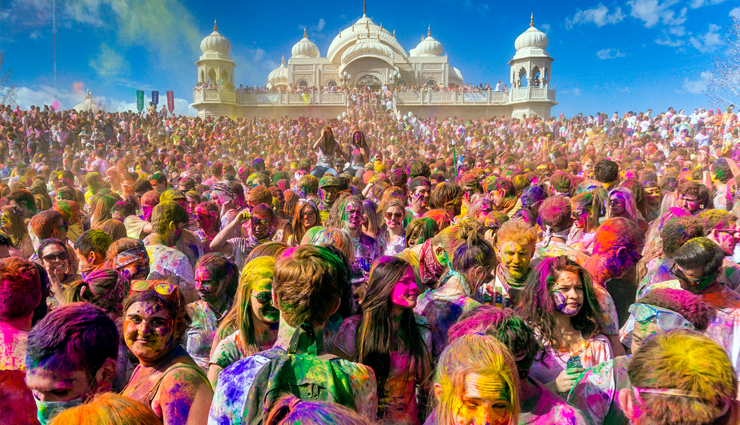 It may seem unlikely but the world’s biggest Holi celebration (including India) actually takes place annually in Utah. Just outside the city of Spanish Fork, the local Hare Krishna temple’s ‘Festival of Colors’ has drawn close to 70,000 attendees in recent years (spread out over two days). The event was started in 1989 by a group of Hare Krishnas who’d recently settled here and soon began to attract the student population of the nearby Brigham Young University, who these days come out in droves seeking fun and spirituality. The emphasis is on welcoming all faiths and its joyous atmosphere has now spread to other North American cities including Las Vegas and Los Angeles. Stay at the Western Inn in Spanish Fork for easy access to the festival. 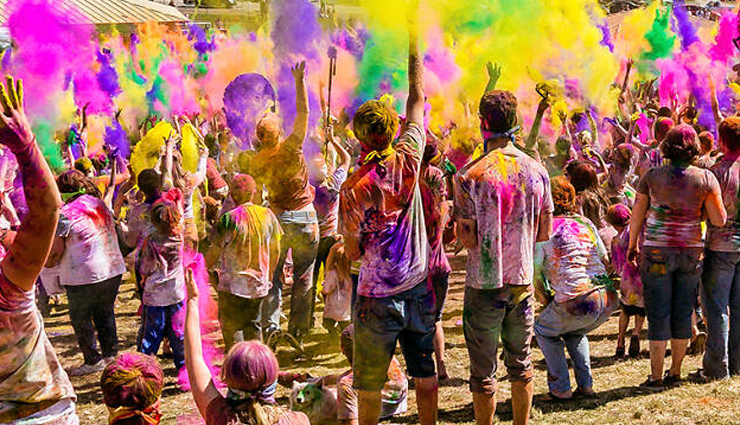 Large-scale Holi celebrations only came to Australia recently but have already spread to cities all over the country, with Melbourne hosting the biggest event. In 2018, this ‘Festival of Colours’ takes place at Barwon Park Mansion, a historic, rural homestead just outside Geelong and an hour and a half’s drive from Melbourne. The event is organised by Hare Krishna Valley, the spiritual retreat and rural farm of the Hare Krishna community but is aimed at one and all – billed as a celebration of the human spirit. Join the throngs plunging the extensive grounds of this magnificent bluestone mansion into a haze of pastel powder. And March sees some of the year’s most pleasant, sun-filled, balmy days Down Under, so you can . Check into the fashionable and central Adelphi Hotel, just around the corner from Flinders Street Station, where you can catch the train to Geelong. 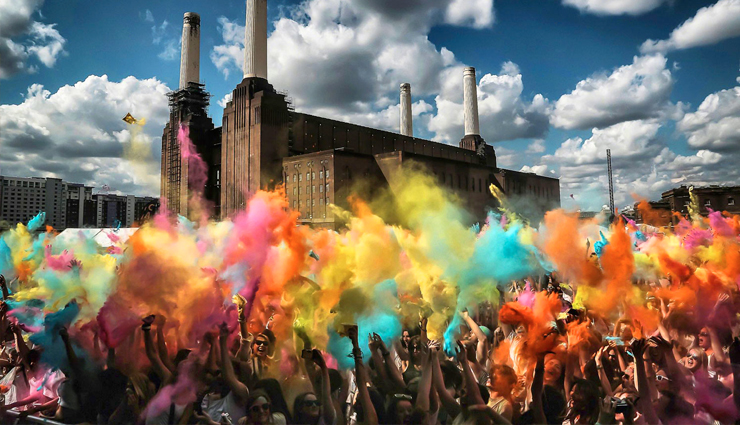 Though Holi is technically a spring celebration, London weather in March isn’t quite forgiving enough to spend the day outside throwing paint and water, so the city’s biggest colour festival event takes place in summer. Complemented with a line-up of House and EDM, it’s a kaleidoscopic day falling on 28th July for 2018 at Wembley Park in north London. For those who want to break up wintry weather with a riot of colour, there’s an indoor event held at Great Suffolk Street Warehouse in March, while Dishoom restaurant in Shoreditch hosts evening and daytime family parties at various venues. But simply wandering through London boroughs with large Hindu populations, such as Harrow or Hounslow, will feel more like a celebration in India during Holi than any ticketed event. Stay at Wembley Park Hotel, a 5-minute walk from the festival. 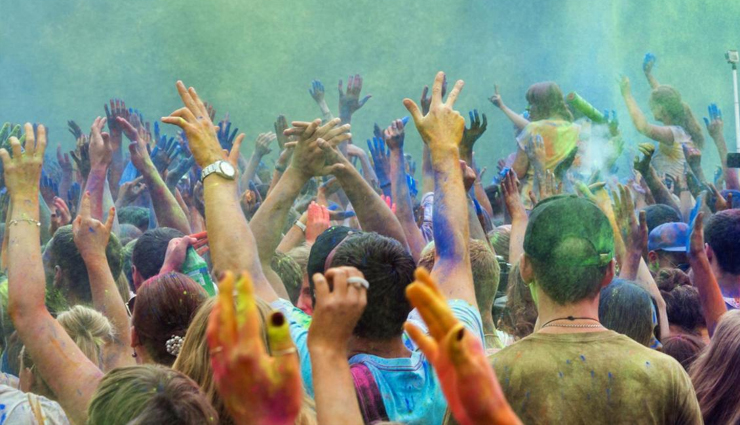 Half the population of Mauritius follow Hinduism, so the festival of Holi is a long-standing tradition on the island, with most locals joining in the revelry regardless of religion. The celebrations kick off with a bonfire on the beach that symbolises the triumph of good over evil known as ‘Holika Dahan’, accompanied by folk songs and dancing. Next, people fill the streets of the towns – namely the capital, Port Louis – hurling handfuls of brightly-coloured, plant-based powders (‘gulal’) at each other, drenching each other with water bombs and water pistols made of bamboo stalks (‘pichkaris’), and greeting each other with tilak (a ritual of marking the forehead) before exchanging sweets. One of the most incredible sights of all is when the odd handful of paint is thrown into the crystalline sea, turning it pillarbox red or canary yellow as if by magic. Stay in the middle of the action in a luxurious setting at Labourdonnais Waterfront Hotel. 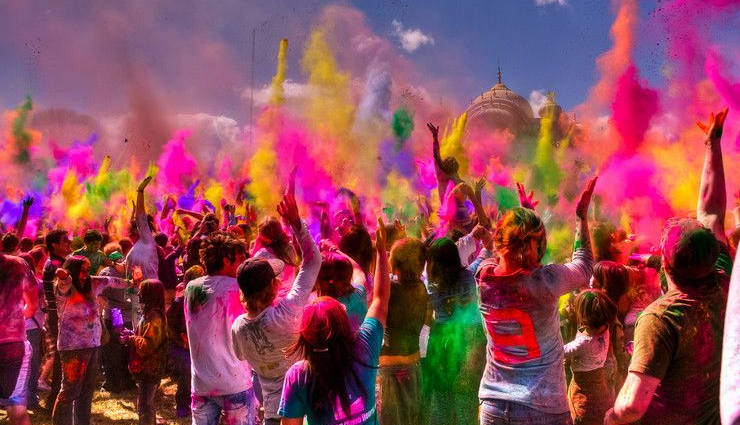 You can experience the chaotic spectrum of colour that is Holi in various locations across Germany, including Frankfurt, Hamburg and Munich, but Berlin is the main affair. As with London, the events are delayed until summer on account of the weather but range from early July until late August. Expect huge, joyous crowds, hourly countdowns to the traditional Hindu coloured powder-flinging festivities, acrobats, dance and a spectacular music line-up featuring Indian acts. Wash all the paint off and recover from the mayhem at the attractive Berlin Base Apartments. 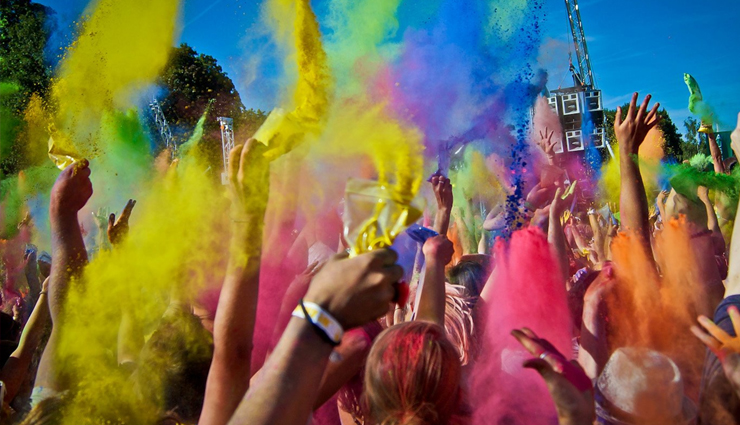 Holi has been a big hit in South Africa, despite only arriving in the country in 2013. The biggest celebration, ‘Holi One’, is held in Cape Town. It’s an offshoot of the first Holi One festival, which took place in Germany in 2011 and sees thousands of people dancing to EDM, throwing coloured powder into the air and celebrating diversity through various different performances.