6 Festivals Around The World You Need To Travel For 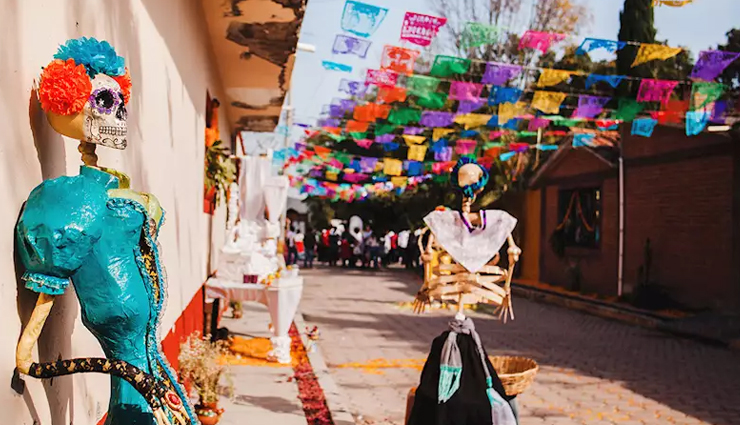 Festivals are all about celebrating life. Can you imagine a world without festivals?! It’s festivals that make for a wonderful opportunity to meet with others and share our joy with them. In fact, festivals have eternally formed the basis of every civilization on the face of the earth. Had it not been for the festivals, our lives would have been so mundane, banal and colourless. We bring you the top 6 festivals that you need to travel to and explore. It’s time you started planning your good times! 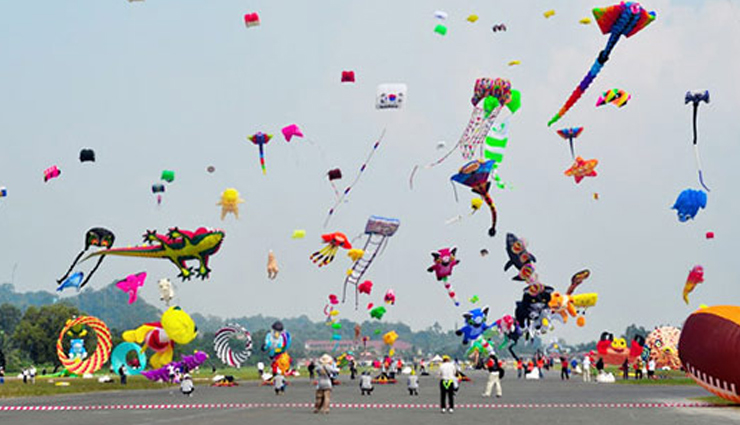 Also popularly known as the International Kite Festival, it takes place in Ahmedabad, Gujarat, every year on 14th January during Makar Sankranti and continues until 15th January. This date marks the end of winter and the return of a more clement weather for farmers. The best place to enjoy this festival is Sabarmati or the Ahmedabad Police Stadium, where people lie down to see the sky filled with thousands of kites. Many kite makers and flyers from all over the world, from countries including Japan, Italy, UK, Canada, Brazil, Indonesia, Australia, the USA, Malaysia, Singapore, France, etc. attend the festival every year and demonstrate their unique creations and wow the crowds with some highly unusual kites. 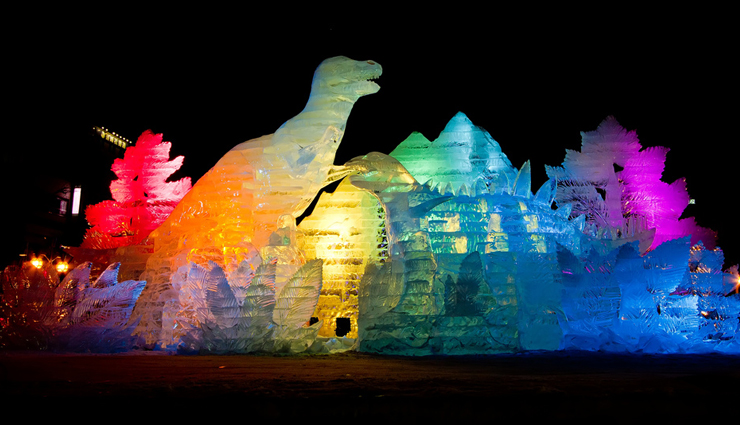 Officially known as the Sapporo Snow Festival, it is held annually in Sapporo, Japan over seven days in February. Odori Park, Susukino, and Tsudome are the main sites of the festival. Every year millions of tourists visit Japan to witness the hundreds of snow statues and ice sculptures at the festival. The Snow Festival began as a one-day event in 1950, when six local high school students built six snow statues in Odori Park. In 1955, the Japan Self-Defence forces from the nearby base joined in and built the first massive snow sculptures, for which the snow festival has now become famous. The subject of the statues varies and often features an event, famous building or person from the previous year. 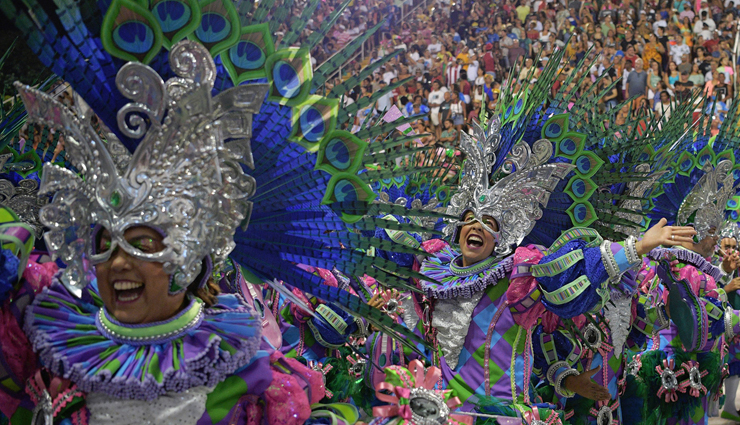 Also known as the ‘biggest show on earth’, Carnival is a giant party held right before the Christian holiday of Lent. It takes place in February/March, on the Friday before Ash Wednesday. The derivation of the word ‘Carnaval’ (as originally called in Spanish and Portuguese) is quite an interesting one. The word was derived from the Latin expression ‘carne vale’, which translates as ‘farewell to the meat’. It’s said that, originally Carnival was food festival, because it was the last time people could eat abundantly before Lent. Carnival in Brazil is the most famous in the world and is adorned with floats, parades, dancing, music and drinking. The biggest carnival in Brazil takes place in Rio de Janeiro. 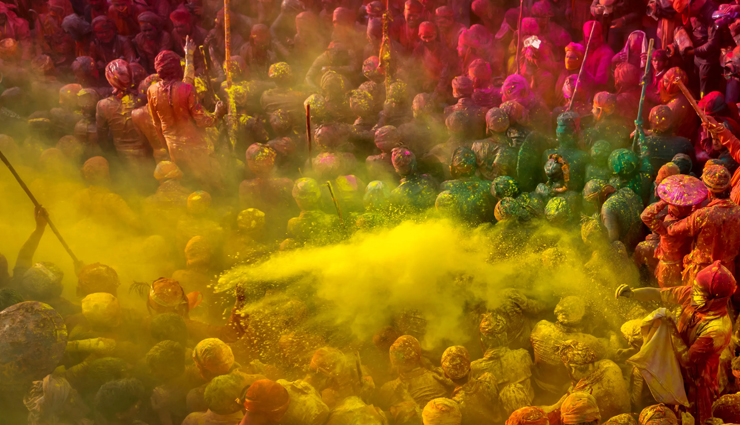 This popular festival of colours is celebrated on the day after the full moon in early March. Coinciding with the spring season, the colours in Holi represent the myriad colours of blooming flowers in the nature. On the preceding night, a bonfire is lit, which is considered to burn away all that’s evil. This night is followed by the day, when people play with colours and water. There is of course, music and food. For the most traditional Holi experience, visit the temple towns of Mathura and Vrindavan in Uttar Pradesh. 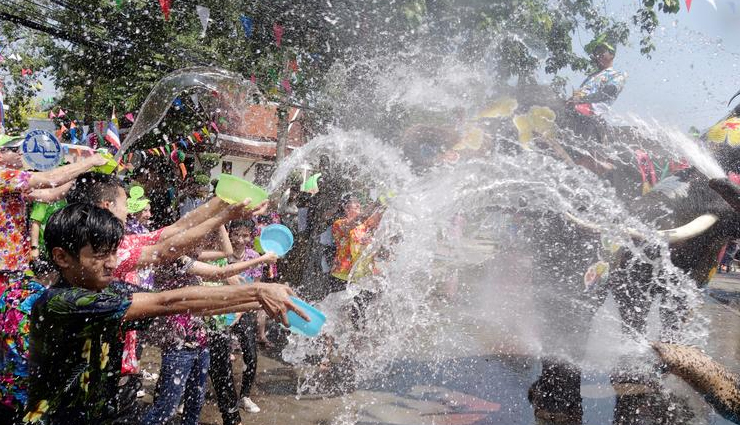 Songkran marks the Thai New Year and falls somewhere around mid-April. The date was originally set by astrological calculations, but is now fixed from April 13th– 15th every year. It’s one of the most fun events you’ll ever experience. It’s a three-day water fight that is celebrated throughout the country. The scene is such that you can’t walk two seconds out of your home without getting wet. The festival sees active participation of both young and elderly. This festival can be considered a Thai version of Indian Holi. You can even have fun of riding in a tuk-tuk and having a mobile water fight with the people in the lane over. Some 4 million tourists flock to Thailand to take part in this fun fiesta every year. 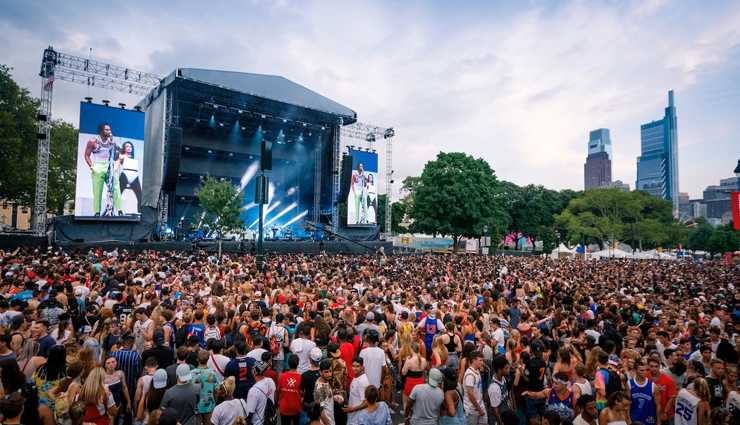 # Summerfest Music Festival in the USA

Considered to be one of the world’s largest, Summerfest is an annual music festival held in downtown Milwaukee, Wisconsin. During the festival, the 75-acre Henry Maier Festival Park, adjacent to Lake Michigan and Milwaukee’s central business district, hosts performances over 11 days, from late June until early July. The festival includes 12 stages with over 1000 performances. The performers include local and nationally known music talents from various genres. Summerfest also showcases a wide variety of food from many Milwaukee area restaurants. Other Summerfest attractions include shopping vendors, fireworks, family activities, and more.