6 Haunted Places In Delhi That Are Hard To Visit 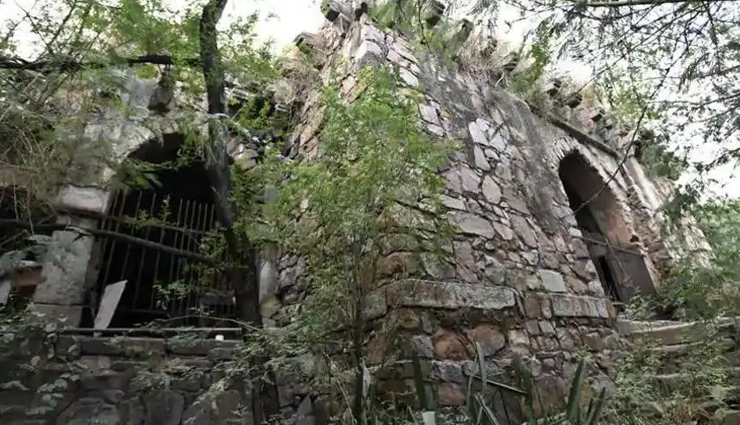 Delhi, the city with a soul sure has some delightful places bathed in history, culture and tradition. Along with that Delhi also has some bloodcurdling and ghastly places that will definitely stir you up if it does not literally curdle your blood. Hidden under the belly of the city and all its hustle and bustle, these 6 spots are the haunted places in Delhi and are a must visit for both amateur and hardcore paranormal enthusiasts. 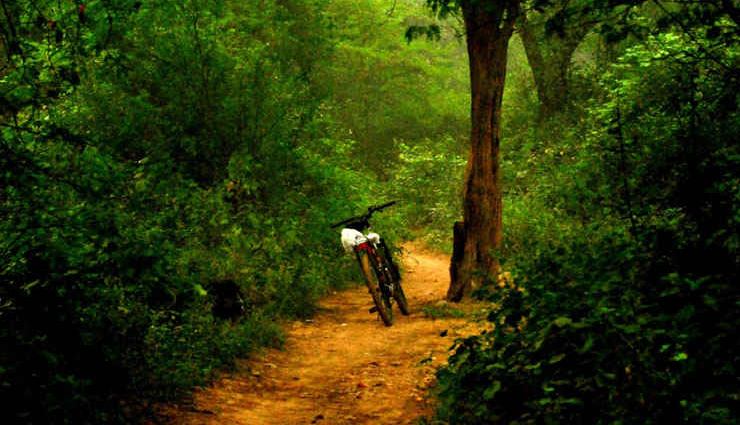 Sanjay Van, 10 square kilometers of pristine forest covered land located near Vasant Kunj in South Delhi has grown to become one of the strangest urban legends in the city. A woman dressed in white is said to follow vehicles on the path that runs through the forest. The apparent spirit is claimed to have been a hitchhiker before her death and it still tries to ask for a lift, but vanishes as soon as one stops their vehicle.

Several people have also reported hearing strange cries and laughter around the mazaars and graves spread across the forest, the noises are said to have started ever since the first grave had been dug in the forest. The mazaars in Sanjay Van are said to be inhabited by Djinns, supernatural creatures that were born in early Arabian and later mentioned in both Islamic mythology and theology. People attribute the strange energy that they feel in Sanjay Van to the Djinns living there. 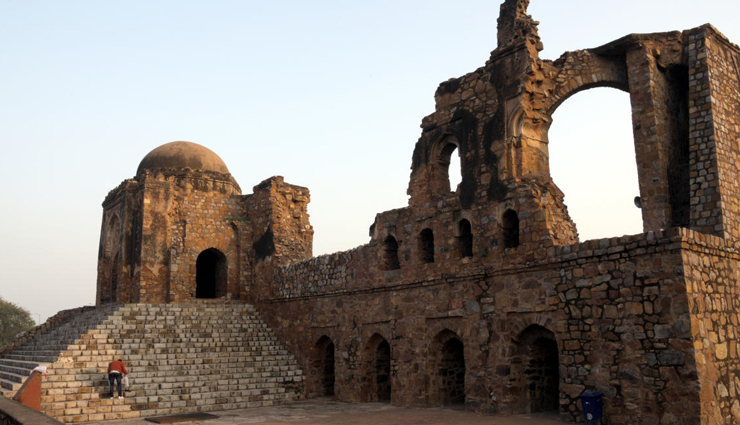 William Dalrymple’s novel on Delhi has been rightly titled as the ‘City of Djinns’. The city has another spot famous for the presence of Djinns and supernatural entities, Feroz Shah Kotla Fort. People often visit the ruins at Feroz Shah Kotla Fort on Thursdays to pay their respects to the djinns. They also write letters to send their messages to Laat Wale Baba through the djinns, stick coins to the walls of the mosque, offer milk, sweets, fruits and even meats to the Djinns, all with the single objective of appeasing the ‘unhappy spirits’ and getting a long-cherished wish fulfilled. The place is said to have an irksome aura and people feel the weight of this aura weighing upon them as they pray at the mosque within the ruins. The mystery of Feroz Shah Kotla Fort never ceases to amaze visitors and people flock to the ruins looking for answers to questions that science has not been able to answers. 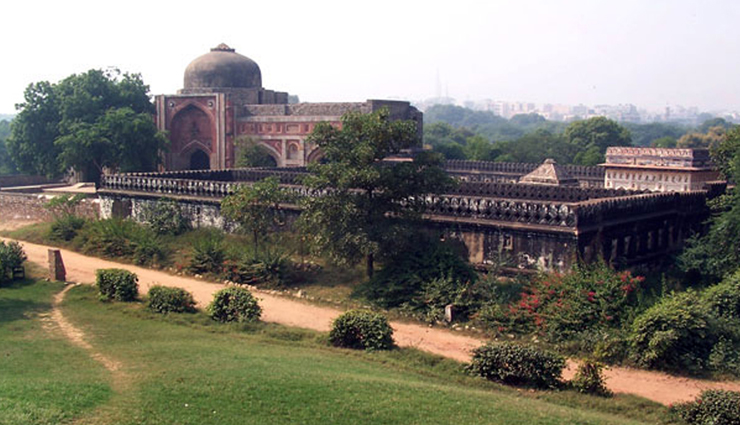 Another Djinn based haunted place in Delhi is the Jamali Kamali Tomb and Mosque. Located at Mehrauli within the archeological village complex these two structures are adjacent to each other, a tomb and a mosque. People have claimed to have heard eerie and outlandish snarls in strange languages resonating from these two places. There is also a story which claims that an invisible hand pastes slaps across people’s faces. Once it gets dark, the place witnesses an increased level of paranormal activity, with bone chilling noises, lights and apparitions being sighted in the tomb and the mosque. There have been claims from visitors that they feel like they are being watched from afar. 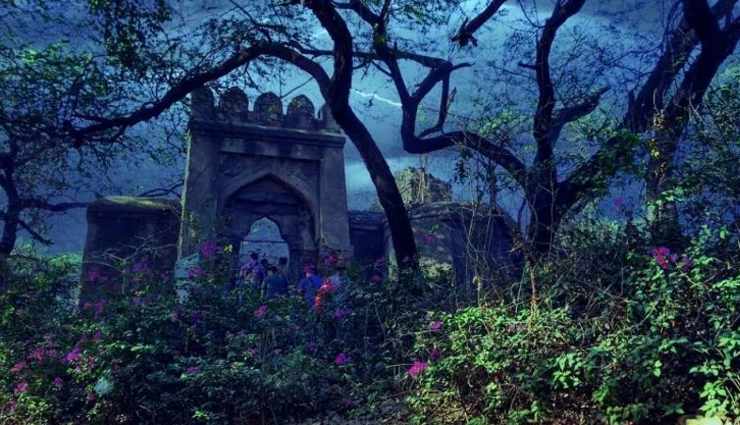 Established as a hunting lodge by Feroz Shah Tughlaq in the mid 14th century Bhuli Bhatiyari Mahal is a monument shrouded in mystery. The origin of the name has two different perspectives; one story claims that it was the residence of a nobleman by the name of Bu Ali Bakhtyari and Bhuli Bakhtiyari is a distortion of the name Bu Ali Bakhtiyari. Another story attributes the name to a neglected and forgotten queen who resided in the monument. The place is relatively unguarded, with a single signboard which advises visitors to refrain from entering the premises of the Mahal after sun down. There have been reports of a spirit residing in the ruins, and a mysterious white wall that appears and quickly disappears from sight. The atmosphere around the ruins of Bhuli Bhatiyari Mahal suggests impending doom and shadows that lurk within the walls of the Mahal. People say that this place is one of the scariest in the entire city. 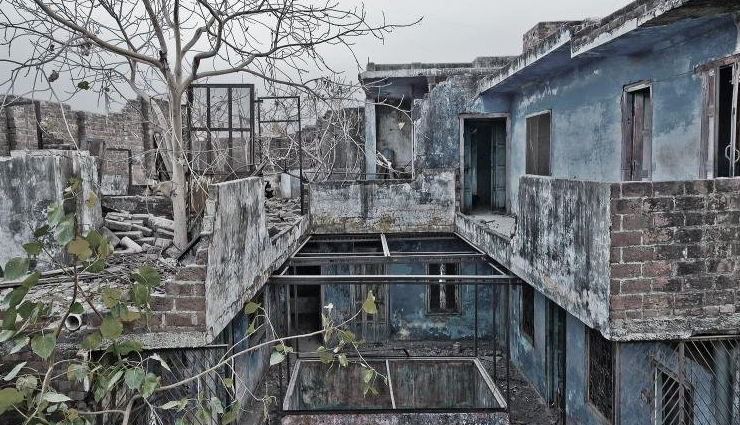 Greater Kailash’s very own haunted house, W-3 belonged to an elderly couple, who were brutally murdered and their bodies were later found in the water tank. People have claimed to have heard sobbing, nerve wrecking screams and many other baffling sounds emanating from the abandoned building. This place is the latest addition to the city’s multiple paranormal spots. Being located in one of the most posh localities of Delhi, W-3 intrigues and excites both children and adults alike. 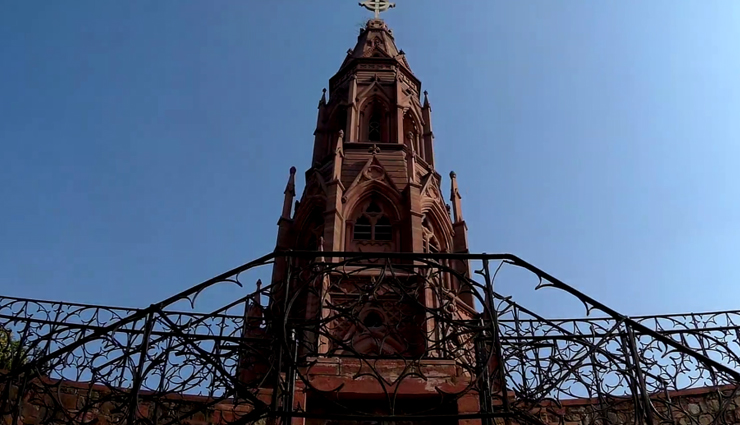 Delhi Mutiny house was built by the British to pay homage to the British soldiers who lost their lives during the revolt of 1857. There have been multiple reports of paranormal sightings around the structure. Some have even claimed to have seen severed limbs and wriggling body parts at the structure. It may sound a little exaggerated, but who knows what is possible and real?