6 Haunted Places Of India That Are Worth The Visit 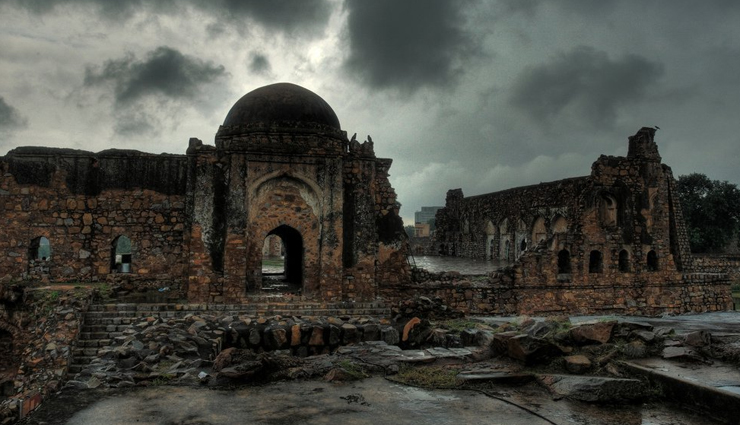 Are you someone who is mystified by tales of horror and the supernatural? Well then, get ready for a real treat! India is a land of great beauty and culture. It is also a land teeming with innumerable myths and legends, many of which cross paths with the supernatural and ghost stories.

Almost every city, town, and village here have their own share of haunted places and horror stories. Some of these places have become so popular that they have entered the legendary list of most haunted places in India. 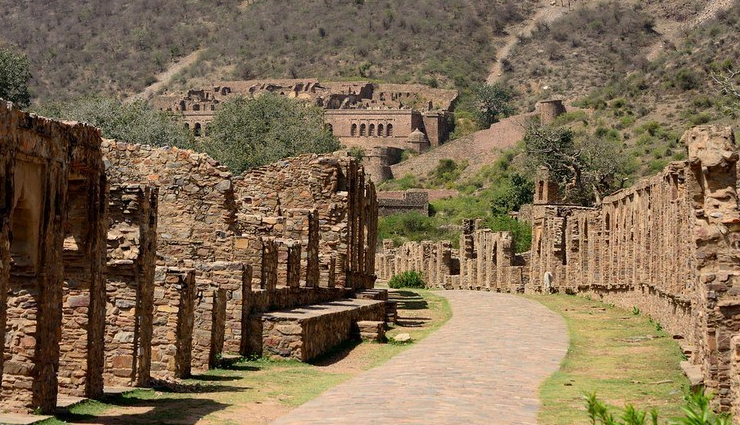 There is hardly a time when Indian spooky stories creep into conversations, and Bhangarh is not mentioned. This historic and majestic fort was built by Raja Bhagwant Das in the year 1573 and is located at the foothills of the Aravalis. The curious case of Bhangarh and its chemistry with the supernatural has for years intrigued and attracted several travellers from around the world.

Real story: There are several stories regarding what caused the fate of the Fort. One such folklore said when the Fort was being planned, it was found to be home to an ascetic, saint Baba Balaknath. After various negotiations, the saint gave his approval on a single condition–“the shadow of the king’s palace should never fall upon his home.” But over the years, an ambitious successor added to the fortification, causing a sinister shadow upon the Ascetic’s home. Having provoked the saint’s wrath, there befell a curse upon the land of Bhangarh. 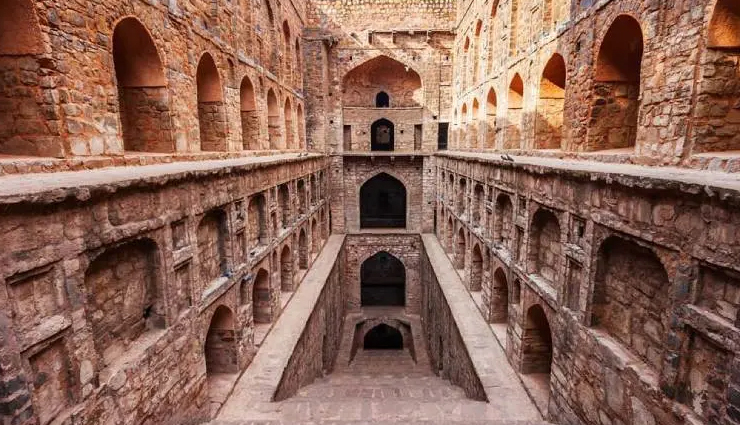 This monument is located on Hailey Road of New Delhi. It is believed to have been built by MaharajUgrasen from the Mahabharata. It is a one-of-a-kind step-well designed in Persian-style architecture with 108 steps leading to a reservoir. It is noticed over the years, this tourist’s favourite spot has experienced several questionably mysterious instances.

Real Story: There are several paranormal experiences that people have reported at this site. However, the most common one is about the feeling of continuously being watched by a powerful presence. Nobody has ever seen the force but has felt its glare when there. Some say the feeling changes from “being watched” to “being followed.” 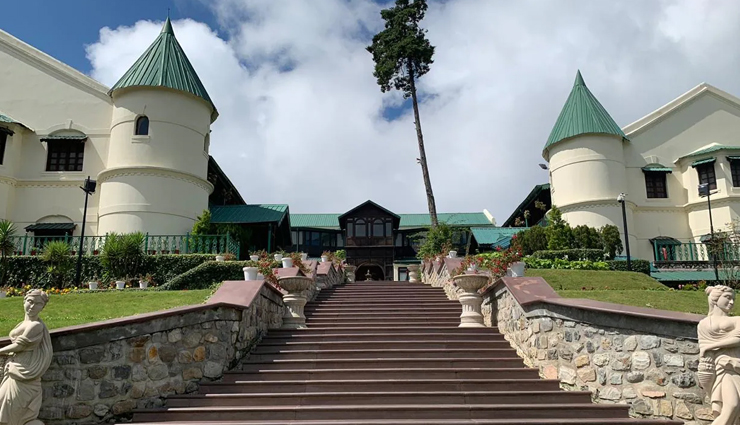 Mussoorie, a small town set in the Garhwal Himalayas of Uttarakhand, was the hub for English settlement during the British Raj. The weather of this mountain-town, they said, was more suited compared to the harsh summers of the plains. Even today, we see how influenced the architecture of this tiny town remains by the former inhabitants. The Savoy is one such piece of English-Gothic country house that is identifiable from a distance.

Real story: This hotel was once upon a time the roof over Frances Garnett-Orme. She was a British spiritualist who had been betrothed to a British officer posted at Mussourie at the time. Unfortunately, the officer had died before the wedding. It is believed that being a spiritualist and grieving may have led her to turn to higher powers and communicate with the other side. She had befriended another spiritualist, Eva Mountstephen, who was visiting from Lucknow at the time. One day, Eva had to travel back to attend to urgent matters. Meanwhile, the body of Frances was retrieved from her room.

Strangely, the room was locked from the inside. When the case went on trial, Eva Mountstephen was found guilty due to lack of evidence. Strange enough, the doctor who performed the autopsy on Frances was also found dead. It is believed that the ghost of Frances Garnett-Orme still haunts the property. This case remains to be one of the most intriguing locked-room mysteries and has inspired many bestselling authors. 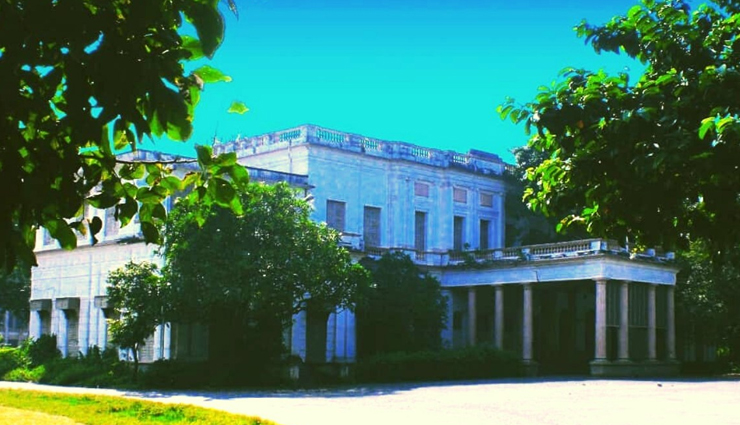 Kolkata is known to be a land of various myths and legends of the past. Prominent buildings were built during the British Raj, which is counted as haunted. One such building is the Hastings house. Erected in the year 1777, The Hastings House is counted among one of the famous heritage architectures of Kolkata. Hastings House was the country home of Warren Hastings, who was the governor-general of India during the period of 1775 to 1785. The heritage structure is a two-storied building that showcases the western architectural influence during the British era in India. Now this spot has become a university, hence it is not such a popular place for tourism. But there is sheer eeriness when people pass by this place.

Real story: According to history, when Warren Hastings was apparently impeached when he returned to England. Legend says, to date, the spirits of Hastings roam around the gallery in search of documents that could have prevented him from being impeached. The first sighting of his spirit is said to be in the year 1884. While others state that the spirits of people who have lost their lives within the walls have been seen haunting the structure for years. 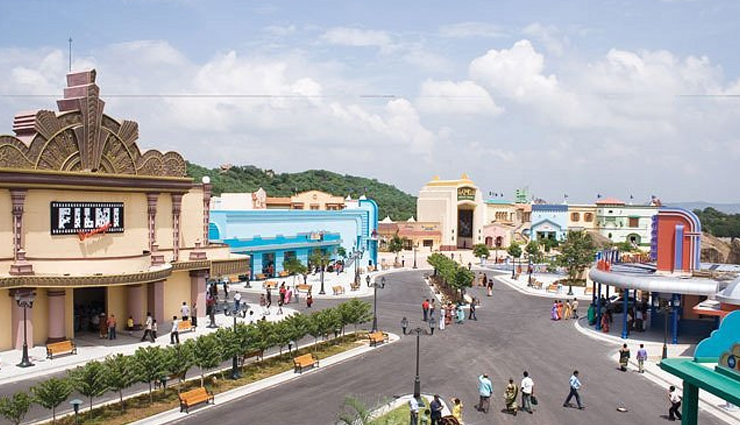 Built-in the year 1991, Ramoji Film city is the perfect getaway from the hustle-bustle of the city. With an area of over 2500 acres, this place is known to be World’s largest Film Studio Complex. Starting from breath-taking landscapes, gardens, movie sets, mini-trains, and live stunt show, it is a spot which has everything for every kind of tourist. This wonderland is not just known for its extravagant sets and displays, but in the past few decades, this place has been a spot of various mysterious activities.

Real story: It is believed that the entire film city is built on the battlegrounds of the Nizams. It is said that spirits of the various soldiers who lost their lives on the battlefield wander around the sets. Starting from the crewmembers to the various famous artists, they had sensed uneasiness and feel an invisible force when they were on the sets of the largest film studio complex in the world. 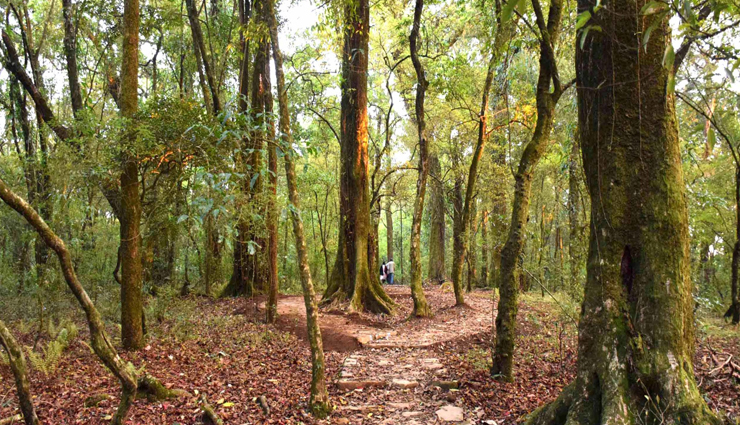 Forests of Meghalaya is a source of some of the important cultural traditions, believes, and mysticism; Mawphlang Sacred Grove is one such spot. Nestled in the village of Mawphlang, this diverse array of lush virgin tropical forests is said to be sacred. Hence it is totally protected by the local inhabitants due to their age-old cultural and religious beliefs.

Real Story: The tribal populations have a firm belief that a goddess dwells among the forest, which protects the local community. A simple rule is followed by the locals is that ‘Nothing should go out of this forest or the deity shall get aggrieved.’ Many stories have come up that whoever dared taking anything of the tiniest of things out of the forest mysteriously fall ill, which sometimes led to death.