6 Most Famous Temples Around The World 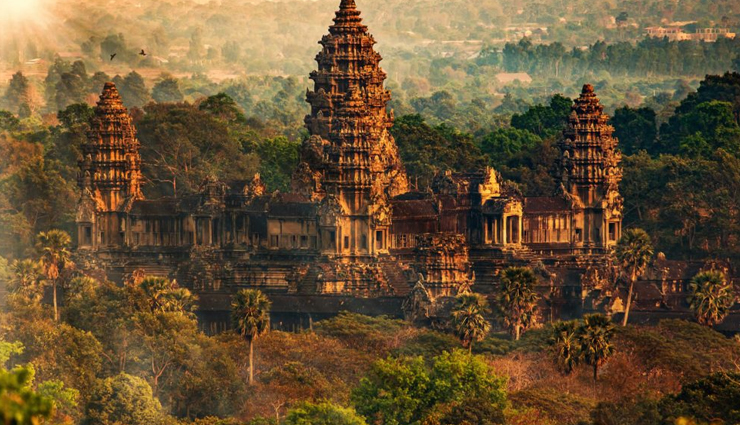 Hinduism is the world’s oldest religion, with many cultures and traditions. Hindu temples, particularly in India but also in South Asia, Nepal, Fiji, Mauritius, Trinidad, and Tobago, represent the symbolism of Hinduism. The following is a list of the most famous Hindu temples outside of India. 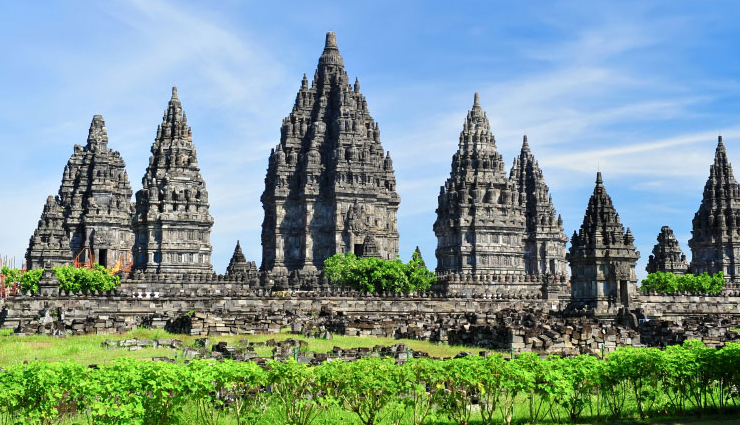 The Prambanan Temple is a 9th-century Hindu temple compound that is the largest Hindu temple site in Indonesia and one of the largest in Southeast Asia. It is situated on the dividing line between the provinces of Central Java and Yogyakarta. The Trimurti of Hindu Gods – Brahma (The Creator), Vishnu (The Protector), and Shiva (The Destroyer) – are honored in this temple. Inside a large complex of individual temples, the temple complex has eight main shrines known as “Gopuras”, which towers 47 meters high. There are also hundreds of smaller ‘Gopuras’ surrounding it. Hand-carved arts narrate stories from the Hindu epics Ramayana and Bhagavata Purana on the temple walls. The temple complex is a UNESCO World Heritage Site, and visitors come from all over the world to see it. 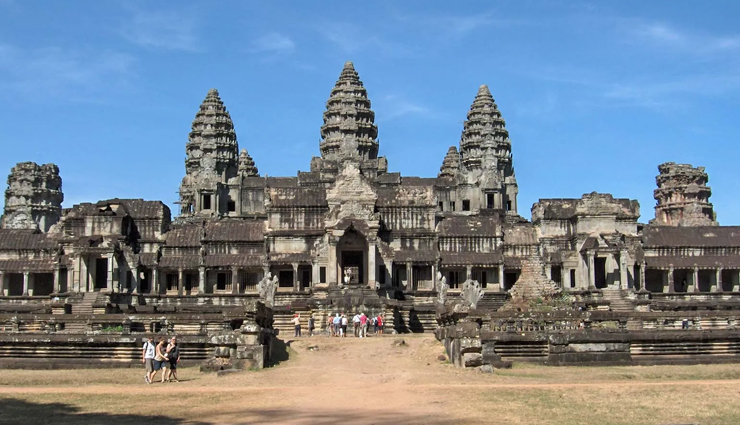 Angkor Wat is a religious shrine in Cambodia that is one of the most famous Hindu temples outside of India. Suryavarman II, the Khmer King, built it in the 12th century. The temple complex covers 162 hectares of land. Its original name was ‘Vrah Vishnuloka,’ which means sacred abode of Vishnu, and it was built as a temple dedicated to God Vishnu. It was gradually transformed into a Buddhist temple by the end of the 12th century. Angkor Wat translates to “Temple City” in Khmer. The temple is a national symbol, and its architecture and grandeur are admired. The temple was designated as a UNESCO World Heritage Site in 1992, and it is the country’s main tourist attraction. 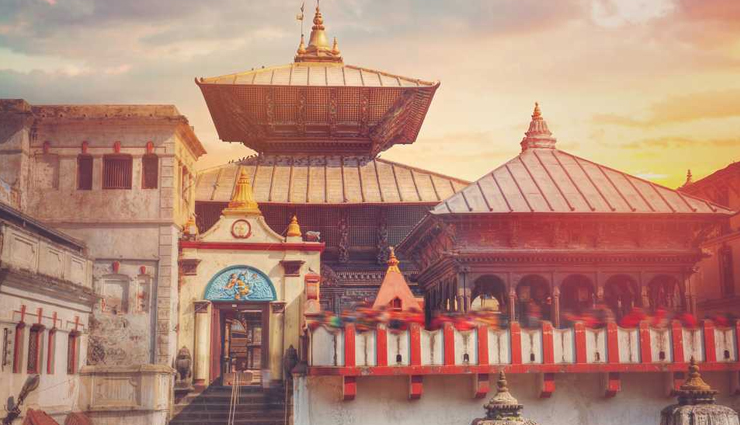 Pashupati Nath Temple, the oldest Hindu temple in Nepal, is dedicated to God Shiva and is one of the most famous Hindu temples outside India. The temple complex, which is located on the banks of the Bagmati River, contains numerous temples, ashrams, images, and inscriptions. There are many legends about the temple’s origins, with some dating it back to 400 BC, but no one knows for sure when it was built. The temple complex is 624 hectares in size and contains 518 temples and monuments. Maha Shivaratri is one of the temple’s most important festivals, with over a million devotees expected to attend. While visitors of all faiths are welcome to visit the temple’s perimeter, only practicing Hindus are permitted to enter the inner courtyard. Pashupati Nath is a UNESCO World Heritage Site, and thousands of people visit each year to pay their respects to Pashupati Nath, also known as the “Lord of All Beings.” 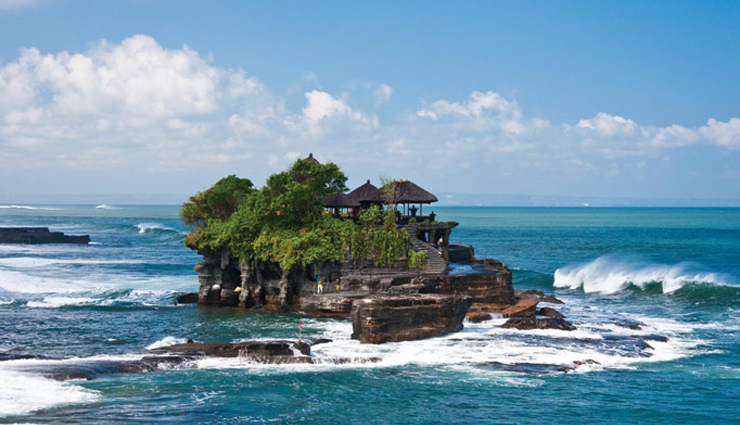 The Tanah Lot temple, located on a large offshore rock off Bali’s western coast, is one of the seven sea temples. Each of these temples is connected to the next in a long chain that runs along the coast. With its breathtaking magnificence and splendor, it is a photographer’s dream. It is perhaps the most well-known of Bali’s many Hindu temples. It has been a part of Balinese mythology for centuries, and Hinduism has had a significant influence on it. The Sea God, ‘Dewa Baruna,’ is the main deity of the temple. Due to its stunning natural beauty, it is a popular tourist destination in Bali. 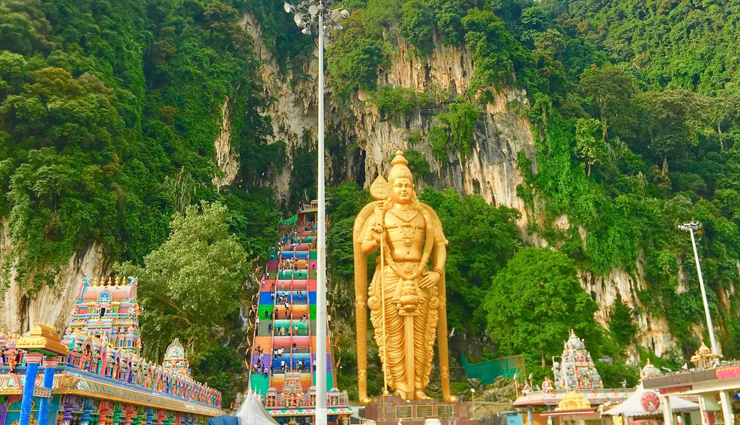 The Batu Caves are a series of limestone caves north of Kuala Lumpur, Malaysia, that house the world’s tallest Lord Murugan statue (47.2 meters) at their entrance. Visitors must ascend a steep flight of 272 stairs that rises nearly 100 meters above the ground. Lord Murugan’s temple is one of the most popular Tamil shrines and famous Hindu temples outside India, and the focal point of Malaysia’s Hindu festival Thaipusam. Many pilgrims and tourists travel from Malaysia, India, Singapore, and Australia to visit. 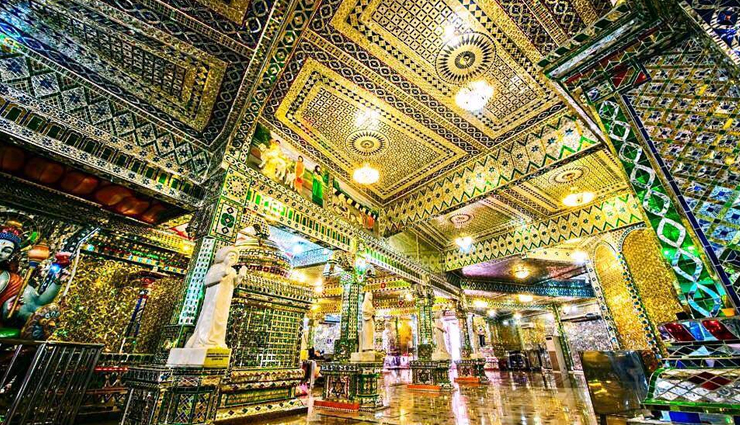 The Arulmigu Sri Rajakaliamman temple, which was built in a hut-like shelter in Johar Bahru, Malaysia, in 1922, is now one of the majorly famous Hindu temples outside India. After visiting Thailand and seeing a temple with glass artwork at its entrance, Sri Sinnathamby Sivaswamy, who became the temple’s chief priest in 1991, was inspired to turn it into a glass temple. A montage of 300,000 pieces of multicolored glass adorns nearly 90 percent of the temple. The temple is dedicated to Lord Shiva, and the Athma Lingam sanctuary features a ‘lotus’ as a centerpiece, where devotees can pour rose water and pray. The temple walls are covered in 300,000 Mukni Rudraksha beads, each with a chanted prayer embossed in it.