6 Must Try Dishes Of Laos 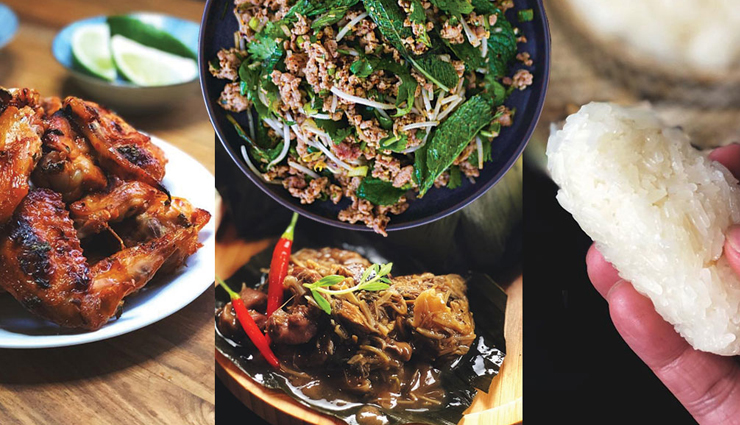 In Laos the main topic of discussion is food. Locals while interacting with each other generally asked “have you eaten food?”. Food is a vital activity and they love to part their food with friends and family on daily basis. Lao people also feel proud in giving insights to tourists about their traditional dishes. Lao’s cuisine is as unique as its people. Different spices are used in every region of Laos providing a unique taste to the food. With different flavors like spicy, tangy, and smooth, Laos food is an adventure in itself.

Laos food is colorful as it is packed with herbs, seasonal vegetables, and chilies. Combination of these ingredients with meat will make your taste bud thrill. The food of Laos is gaining popularity slowly but it still has to go long way compared to its neighboring countries. If you get a chance to visit Laos you will get to know that the food there is refreshing. You will find so many different spices and vegetables but its taste is always great and meets your expectations.

Lao people originally are migrants of china and as they moved south in the new land, they brought their culture with them. There are many similarities in these adjoining countries like their culture and foods. As Lao’s people moved to Thailand their foods mixed to an extent that now you can find traditional Lao’s foods in Thailand also. But according to me if you want to taste authentic and traditional Laos dishes you will find them by exploring Laos. We have compiled here a list of the top 10 foods of Laos for you.

Like any other country, there is no extent to traditional and tasty food but we have selected some of the best traditional food in Laos for your information. 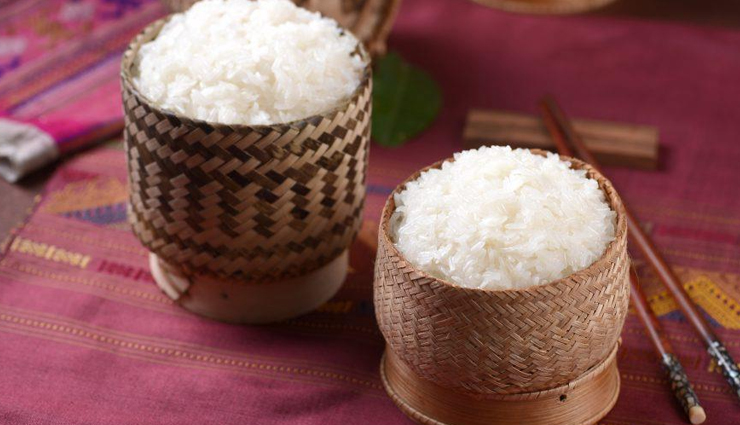 Khao niao/niaw is basically the sticky rice and is an extremely popular dish of Laos as well as Thailand. It is a part of their daily meal and is their main staple. Laotians are so attached to this dish that they refer to themselves as “descendants of sticky rice”. Sticky rice is made in a cone-shaped covered bamboo basket, steamed on a charcoal fire. This dish of Laos is eaten without utensils at any time of the day. This dish is available in Laos restaurants and at street vendors also.

If you want to experience the Khao Niaw as a local Laotian you should eat sticky rice with your hands by dipping it in the local sauce. There are mainly three varieties of dips available smoky sauce, tomato sauce, and chili sauce. Sticky rice is also available in different colors, you can find white, purple, and dark brown sticky rice easily available in the local market. White rice is considered pure and is the only rice served to monks in Laos.

Sticky rice is also used as sweet dishes by roasting coconut cream and beans till all the ingredients are cooked and blended together. 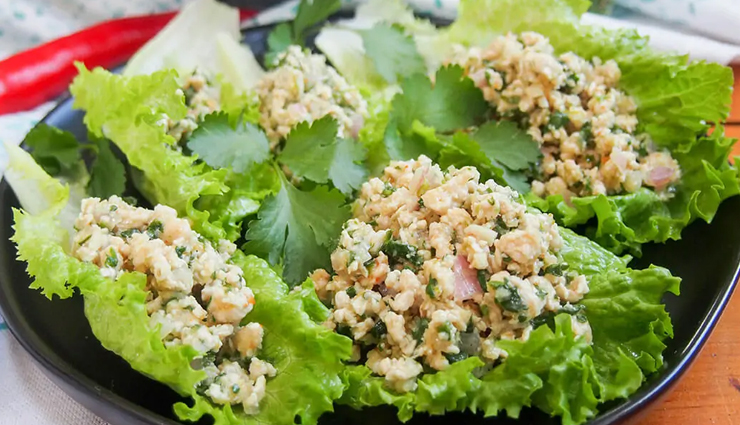 Larb or Laap is a traditional dish of Laos and served on special occasions like marriages and parties. Laap is the Laotian language means good luck and in English, Laap is the dish made with meat immediately after the butchering. Generally, two types of laaps are available, one with pork and the other with fish. Meat or fish is sliced and flavored with lime juice, spring onion, mint, and dried rice grains. This dish of Laos is served with eggplant, mustard, lettuce, and chilies.

There are raw and cooked two versions of larb are available. Raw larb is mainly fish larb, meat larb is quickly fried after mincing. Larb is also served with sticky rice and is considered the national dish of Laos. 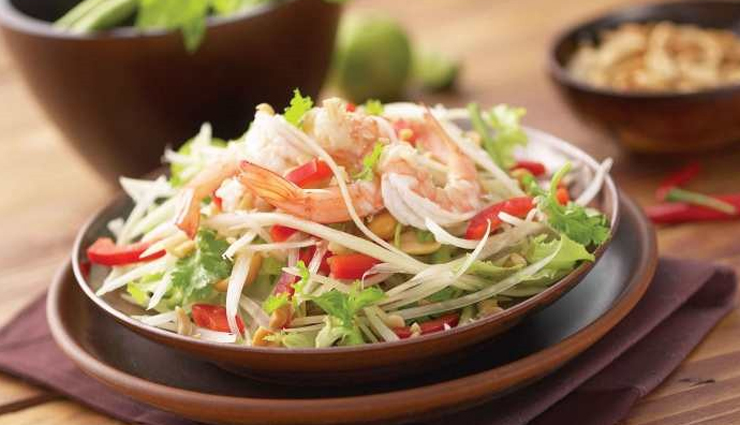 The main component of this dish of Laos is unripe green papaya which is called Tam MakHoong in the Laotian language with a variety of fruits are also added to this salad. All the ingredients are sliced or shredded raw and mixed together to put into a big pestle. Although the dish name is originated from papaya it can be made from any fruit available on the local market.

This Lao dish is also very famous in Bangkok and uses extensive fish sauce. Other main ingredients are olives, tomatoes, lime juice, garlic, chilies, and shrimp paste. The salad has sweet, sour, salty, and spicy flavors. It is served with raw cabbage at local eateries and beware of too much spice in your salad. You have to ask your chef to put less chili in your dish because there would be ample spices in the pestle leftover from the salads he had made before. 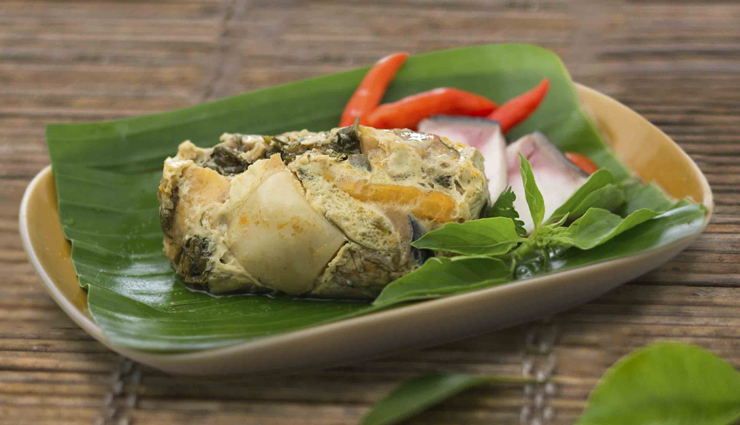 This Lao dish is so unique that we have to consider it in the top dishes of Laos. Mok Pa is basically a steamed fish wrapped in banana leaves tied with bamboo strings. In some regions, grilled fish is also used. As Laos is a landlocked country so there is no coastal area, that’s why local people here use ponds to produce their own plain water fish. Mok Pa is a seasoned dish made with white fish generally with exotic spices like chili, peppers, fish sauce, onions, and salt. The most common fish used is catfish in preparing Mok Pa. 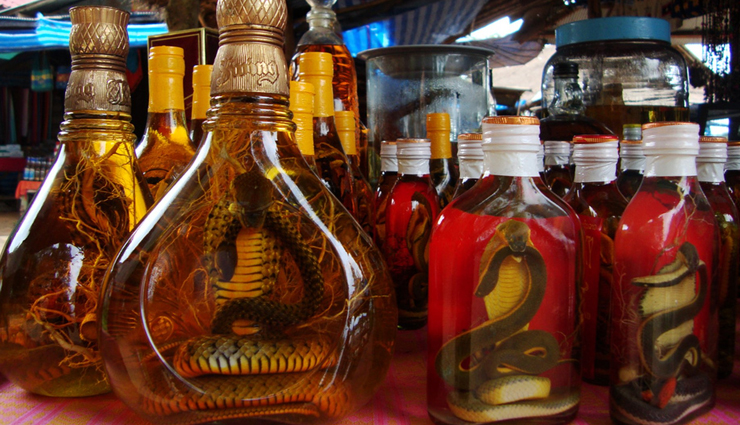 Beer is not technically food but it is so common and liked in Laos that it is served with almost every dish of Laos. Lao is the most famous brand of beer in Laos. Locals used Lao beer at parties and generally invite family and friends to drink it. It is served in small glasses with ice and enjoyed in the day as well as night. Lao is distilled from rice and considered traditional. Some people considered it whisky, but it is a beer and varies in taste and smell from region to region. The production of this spirit is not regulated in Laos and mostly Lao is fermented at the home. Most of the Lao beer variety is colorless and potent. Many Lao bottles with snakes, scorpions, and other insects can be found in local shops but they are generally not for drinking but sold as souvenirs. 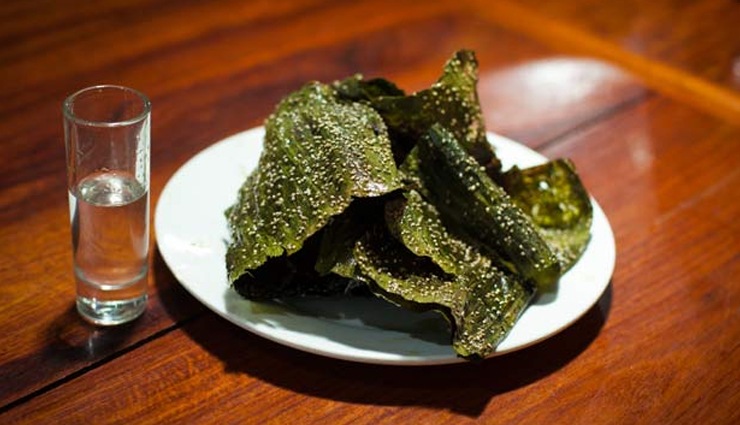 Dried river weed from the Mekong river is easy to found in northern Laos and commonly found in Luang Prabang. During the dry winter months when the water is at its lowest, the algae at the bottom of the river bed generally known as Kai is used. River weed after taken from river is dried at the river bank before using. Garnished with sesame seeds and sometimes garlic, tomato, and onions are used to make crunchy, salty, and a little oily Kaipen. Kaipen is rich in minerals and vitamins and can be eaten like a potato chip.