6 Must Visit Oldest Temples In India 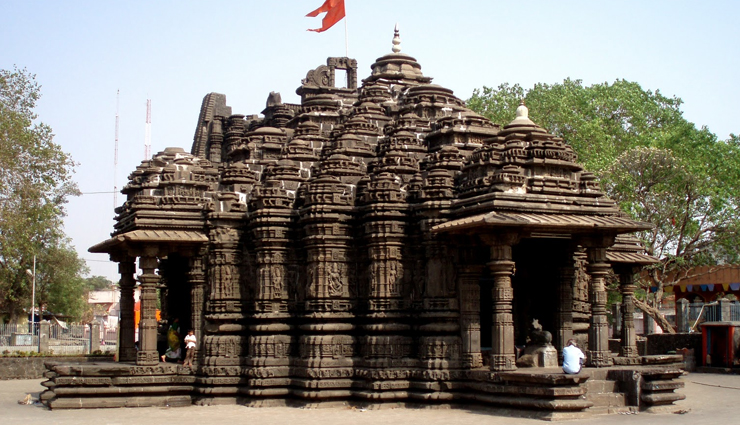 With India’s rich history and culture, it’s hardly a surprise that the temples here are among its most valuable assets. The combined heritage of religion, culture and tradition has given the country a plethora of architectural marvels, temples that are more than 1,000 years old. Once upon a time, these ancient temples in India were used as sites where dance, music and combative practises were honed. Today they remind us of our past and are examples of the architectural brilliance of craftsmen from ancient times. Here are some of the most beautiful ancient temples in India that uphold the country’s rich cultural heritage. 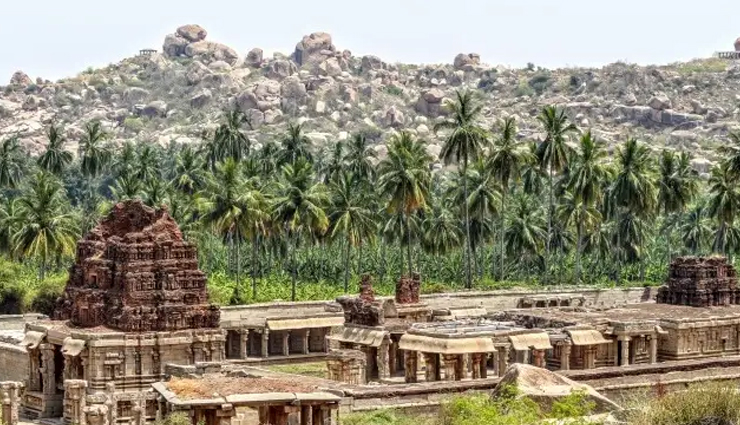 # The Temples Of Hampi, Karnataka

Located in the southern state of Karnataka, Hampi is world renowned for its historical ruins and heritage. Its Group of Monuments, that cover over 4,100 hectares (16 square miles) is also recognised as a UNESCO World Heritage Site. Hampi was once the capital of the Vijayanagara empire in the 14th century, and today you can witness the ruins of more than 1,600 structures from the last great Hindu kingdom in South India that ruled here for over 200 years. Among the many ancient temples here at Hampi, don’t miss the Vittala temple—the stone chariot, the Virupaksha Temple and the elephant stables. 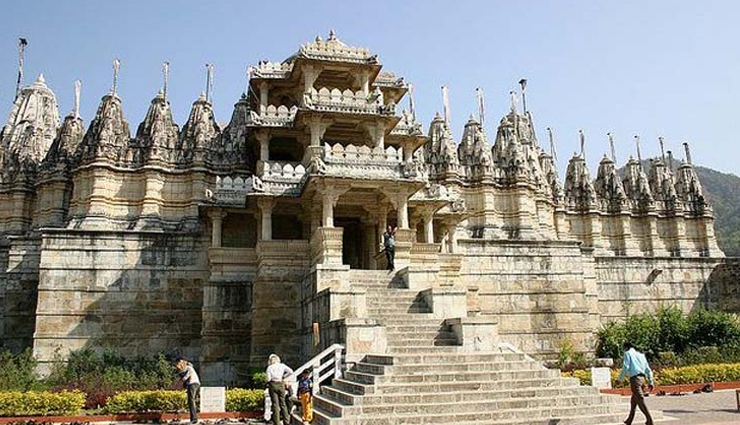 These Jain temples built between the 11th and 13th century are located about 2.5 km from Mount Abu in Rajasthan. There are five temples in a single complex, each with a distinct identity, and dedicated to different Tirthankaras. Collectively known for the handiwork of intricate craftsmanship, each temple is unique in its architecture and cultural relevance.The stunning use of marble that can be seen in the exquisite detailing in the ceiling, doorways, and pillars are a reminder of the skill and splendour that went into building these marvelous temples. The five temples—Vimal Vasahi, Luna Vasahi, Pittalhar Temple, Parshvanatha Temple and Mahavir Swami Temple are considered among the most remarkable Jain pilgrimage sites in the world. 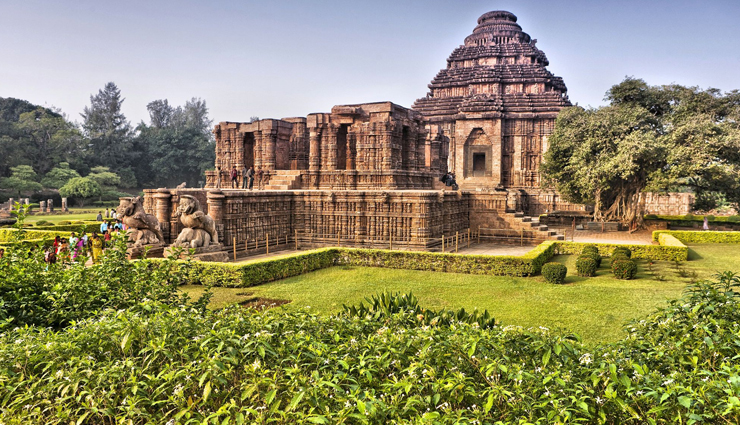 Built in the 13th century by the kings of the Eastern Ganga dynasty, the Konark Sun Temple is situated in the small town of Konark in Puri, Orissa. This marvel of architecture is dedicated to the sun god, and the gigantic structure is meant to resemble the sun god’s chariot, with 12 pairs of elaborately carved stone wheels, dragged by seven horses. Today, the temple stands without the vimana, or the main sanctum, which once stood 229 feet tall. A wonderful example of Kalinga architecture, this ancient temple of India is made with Khondalite rocks and is a UNESCO World Heritage Site. 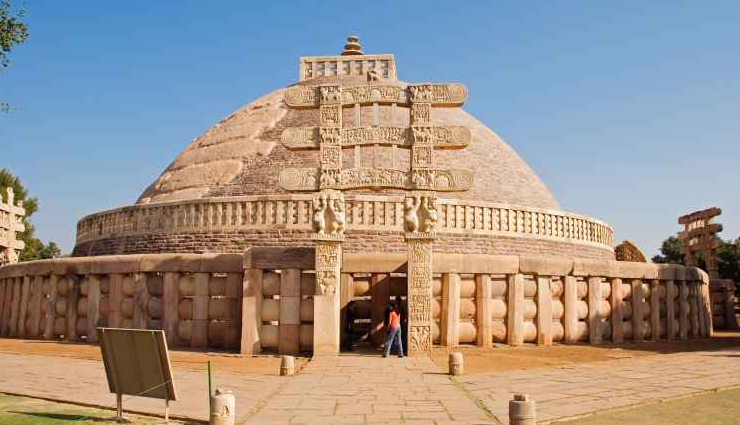 Located on a hilltop at Sanchi in the Raisen District of Madhya Pradesh, the Sanchi Stupa was built between the 3rd century BC and 12th century AD. This ancient temple of India is supposed to be one of the oldest stone structures in India. It was built under the supervision of emperor Ashoka’s wife and daughter. It has a large hemispherical dome, surrounded by four gateways called Toranas. These four intricately designed gateways face four different directions, each symbolising love, trust, courage and peace.

The magnificence of this stone structure lies in its size— 16 metres high and 37 metres wide. It preserves the relics of the Buddha and has also garnered itself a place on the list of UNESCO World Heritage Sites. 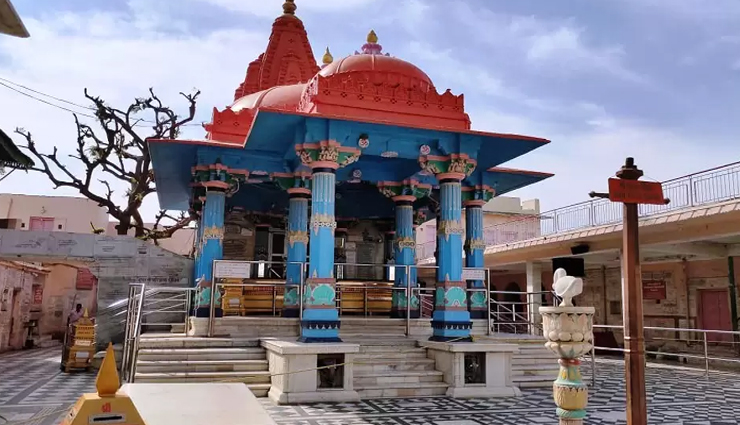 This Hindu temple located close to the Pushkar lake, considered sacred in Pushkar, Rajasthan, is not just one of the oldest temples in India, but is known as one of the oldest temples in the world. While the present structure dates back to the 14th century, the temple itself is said to be 2,000 years old. Dedicated to the god Brahma, the Jagatpita Brahma Temple is built of marble and stone with motifs of the hamsa, or swan. The temple sanctum sanctorum (garbhagriha) holds the statue of Brahma seated in a cross legged position along with his second consort, the goddess Gayatri. 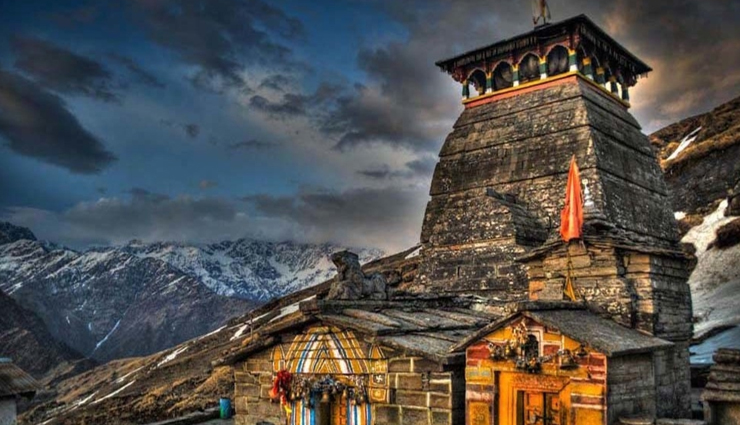 Standing at a height of 3,680 metres (12,073 feet), the Tungnath temple is the highest Shiva temple in the world and amongst the most ancient temples in India. Thanks to its elevation, it is also the highest of the Panch Kedar temples, the others being Madhyamaheshwar, Kedarnath, Rudranath and Kalpeshwar. The temple is believed to have been built by the Pandavas to venerate Shiva and seek his pardon. This ancient temple is located in the Rudraprayag district of Uttarakhand. It’s made of black rock and the construction style is similar to that of the temple in Kedarnath. While there are a dozen shrines of other gods surrounding the temple, it is quite small in size—only 10 people are allowed in at a time.