6 Mysterious Places To Visit In India 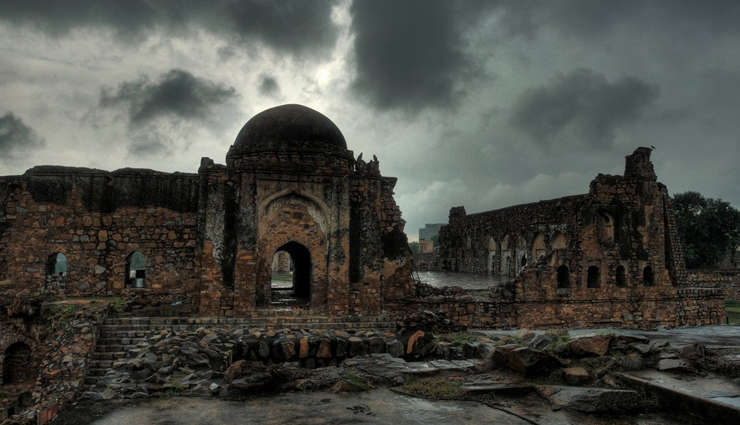 India is a stunningly beautiful and diverse country with a wide range of religious traditions. However, there are many unique and unusual aspects of India that we must be aware of. There are a lot of things that have a mystery note to them and are one-of-a-kind. Let's take a look at the top 6 most mysterious places to visit in India. 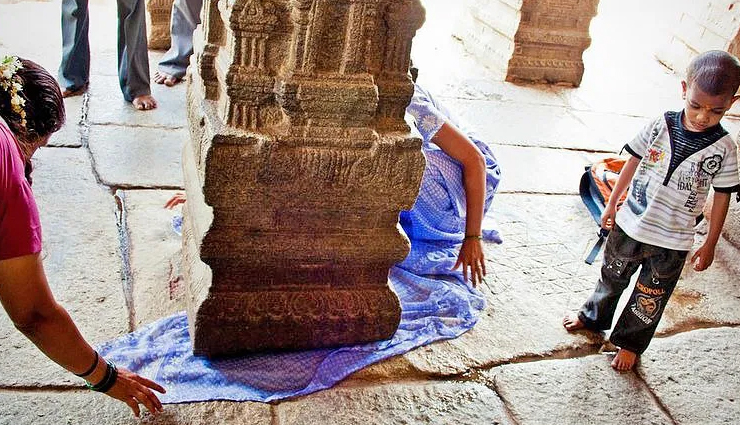 Lepakshi is a significant archaeological and historical site in India notable for its architecture and painting. Because of its iconic floating pillar, this temple devoted to Lord Shiva is one of India's most fascinating locales. One of the site's 70 pillars is suspended in mid-air, meaning it stands alone. People visit the temple and place objects beneath the pillar in the hopes of bringing success into their lives. People think it's just one of the ancient temple architects' many brilliant tactics. 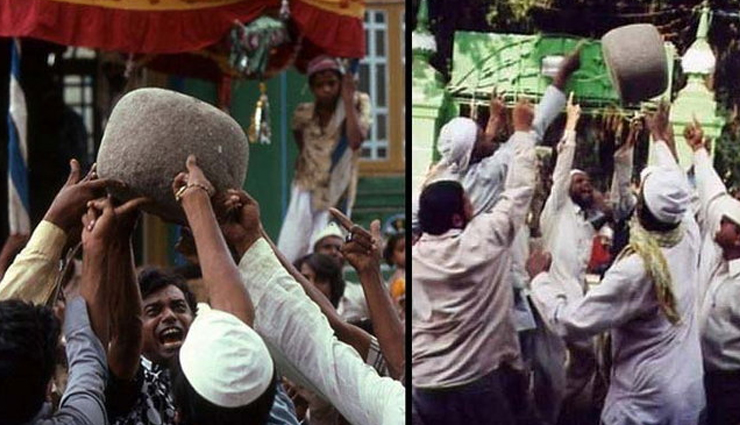 The shrine of Hazrat Qamar Ali Darvesh isn't like any other. The shrine is one of India's most mysterious locations, and it's famous for a single 70-kilogram rock that can only be carried by one method.

To lift the rock, 11 individuals must assemble around it, touch it with their forefingers, and call out the name of the saint who cursed it, after which the stone will mysteriously rise into the air. No matter how strong the stone is, it will not be raised in any other way. Around 800 years ago, it is thought that a Sufi saint named Qamar Ali cursed this stone that was used for bodybuilding. 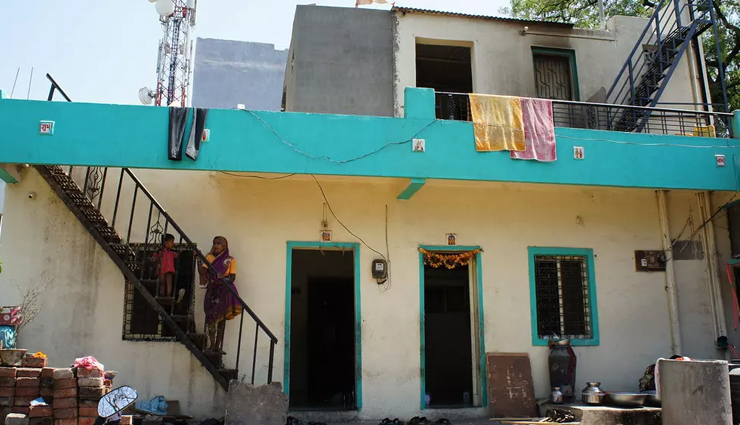 # Houses in Shani Shingnapur, Maharashtra, with No Doors

Shani temple is located in Shani Shingnapur, a tiny village 35 kilometres from Ahmednagar. However, this community is known for more than just that. For religious reasons, it is one of India's most intriguing sites to visit. In this village, there are no doors or even door frames on any of the residences, schools, or commercial buildings. Furthermore, there has never been a crime reported in this area. The people have unwavering confidence in Lord Shani, believing that the village's near-zero crime rate is entirely due to Him. 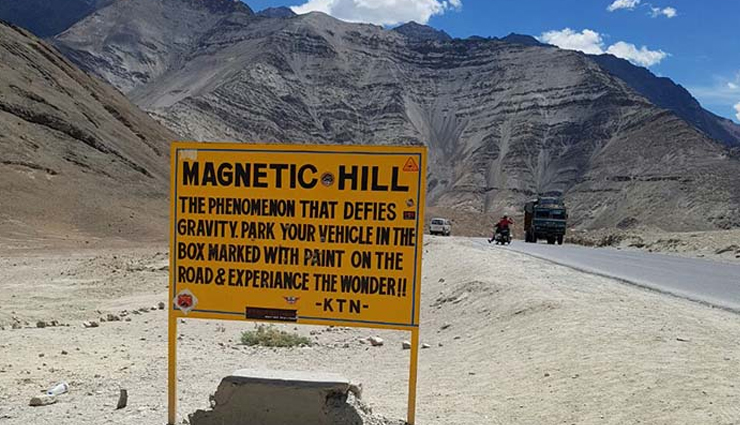 # The Magnetic Hill Of Leh, Ladakh

Ladakh's breathtaking hills have more to offer than just beauty. The Magnetic Hill, at an elevation of 11,000 feet above sea level, is one of India's most peculiar tourist destinations. Cars travelling up the hill are dragged up by themselves. That is, automobiles can be driven up here with the engine turned off. This spectacular sight is merely an optical illusion caused by the hill's gravitational attraction. 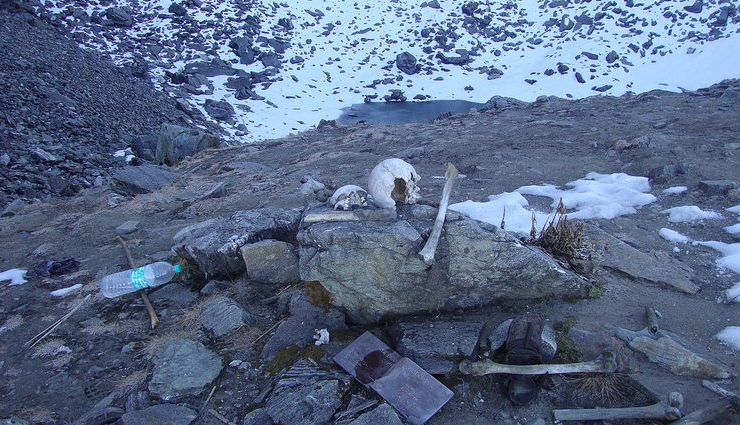 # The Lake Of Skeletons At Chamoli, Uttarakhand

Roopkund Lake is a glacial lake in the Himalayas' most God-forsaken location, at an elevation of 16,500 feet. However, the lake's remote and perilous location has little to do with the melancholy and misery that surrounds it. The majority of people are terrified of what lies beneath it. Every year, when the ice melts at this strange location in India, 300-600 skeletons can be spotted beneath the surface of the frozen Roopkund lake. The bodies were discovered in the 15th century AD, according to radiocarbon studies and forensics. Locals think the bodies belong to Kanauj's then-king and queen, who were on their way to a pilgrimage when they were swept into the lake by a heavy hailstorm. 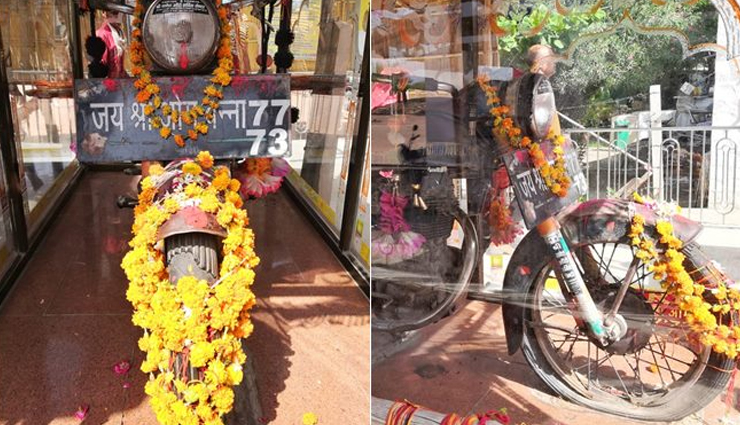 # The Shrine Of Om Banna, Rajasthan

Near Jodhpur, Rajasthan, there is a well-known shrine that is said to protect visitors. The fact that people don't worship the customary figurines of Gods and Goddesses here makes this one distinctive. A motorcycle is what they worship. Om Singh Rathore, also known as Om Banna, was killed in a sad accident while travelling back home on his bullet. The cops would take the bike away, empty its gasoline tank, and bind it in chains, but it would always return to the same position before daybreak every time.