6 Places You Cannot Miss To Visit In Da Nang, Vietnam 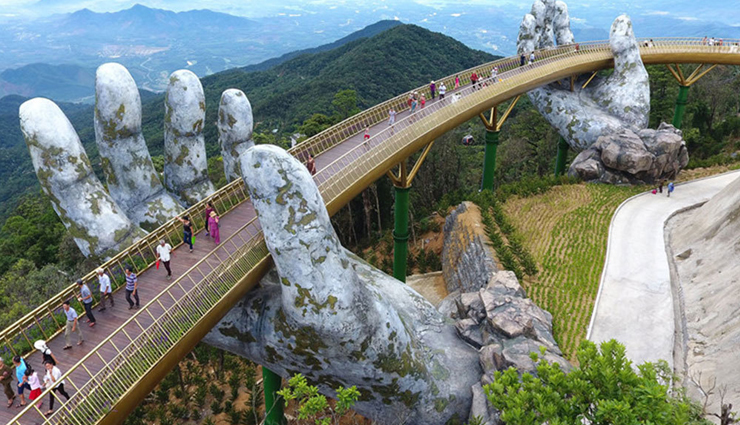 Popular for its Buddist pagodas and markets, most of the best places to visit in Da Nang has a touch of French architecture. You will find many traces of a culture that dates back to the end of the French rule in Vietnam. Da Nang, holds witness to the Vietnam war, as one of the first places to be hit.

There are numerous top places to visit in Da Nang that carries stories from its past, both good and bad. Da Nang was able to rise above the time of rebellion, war and constant bloodshed and lives to tell the story today. 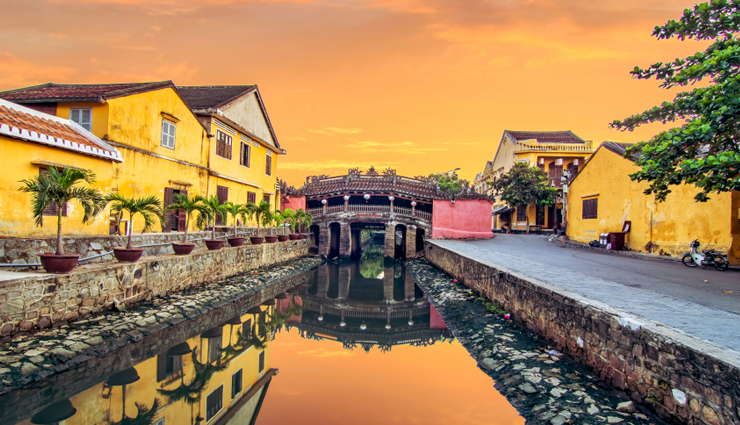 Dating back to the 15th century, this old port of Hoi An has a significant part in the history dating back to the French colonial periods of Vietnam. One of the sought after Heritage sites in Vietnam, you will find a culture with a strong mix of French and Asian touch. Home to some of the most famous Buddist pagodas in the country, Hoi An is a must-see to get a peek into the history of Da Nang. Praised as one of the best places to visit in Danang Vietnam. Hoi offers the perfect backdrop of Vietnamese heritage and culture. 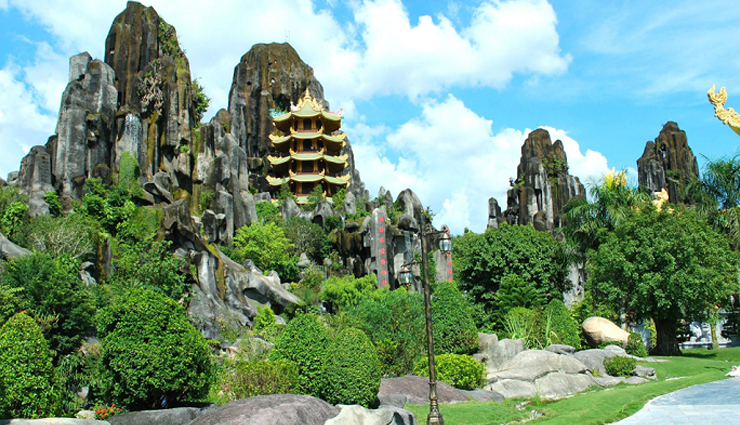 Lying south of Da Nang, this is a collection of five hills. Known as the five-element mountain of Da Nang, these mountains are made up of either limestone or marble. Dedicated to the five elements, namely Moc, Thuy, Hoa, Tho and Kim, the Marble Mountains are one of the best places to visit in Danang. Situated around 10 km from the city, you will find caves, pagodas and temples in these mountains. 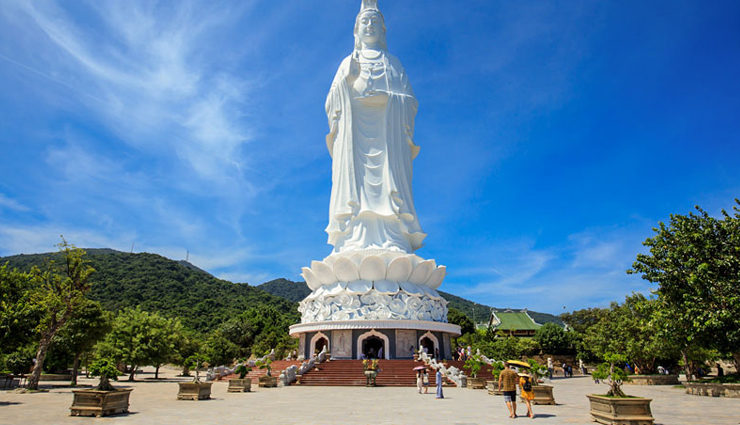 This national park is known for the winding adventurous road that leads to it. A 35-minute ride from Da Nang, the Son Tra National Park is a favourite among motorcycling enthusiasts and one of the places to visit in Da Nang Vietnam. You will find smaller beaches like the Tien Sa beach, Bai Nam and BaiBac which are less crowded. You will find small groups of friends and families coming together to enjoy their weekend with fishing, surfing, skiing, diving, yacht rides etc. 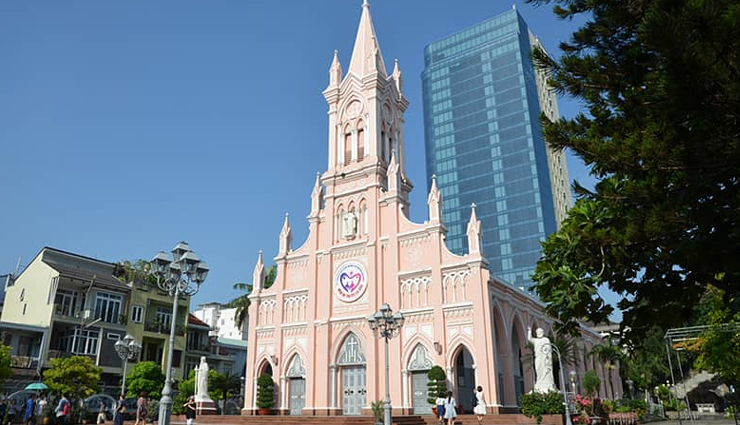 Famous for its architectural peculiarities, the Da Nang Cathedral was built in the early 20th century. The pink-painted weathercock is topped steeply. Built around 1923 by a French priest named Louis Vallet, Da Nang Cathedral is one of the places to visit in Danang Vietnam and a must-add to your Vietnam itinerary to admire the brilliant construction and beauty of this radiant historical site 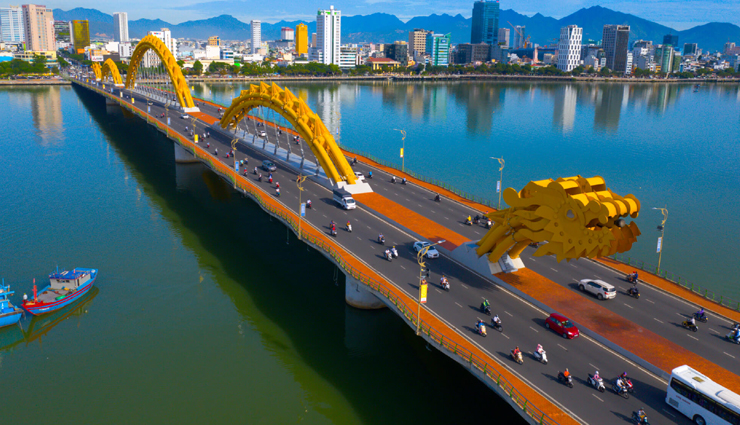 One of the latest additions to the tourist attractions in the city, this bridge is built over the River Han that flows through the city of Da Nang is one of the best places to go in Da Nang. This bridge is built in the shape of a leaping dragon complete with its head. Opened to traffic in March 2013, the fire and water show has gained popularity in recent times. The Dragon bridge has become a symbol of the present in the middle of stories from the past. It is no surprise that the city of Da Nang attracts tourists from all corners of the globe, owing to its rich history. 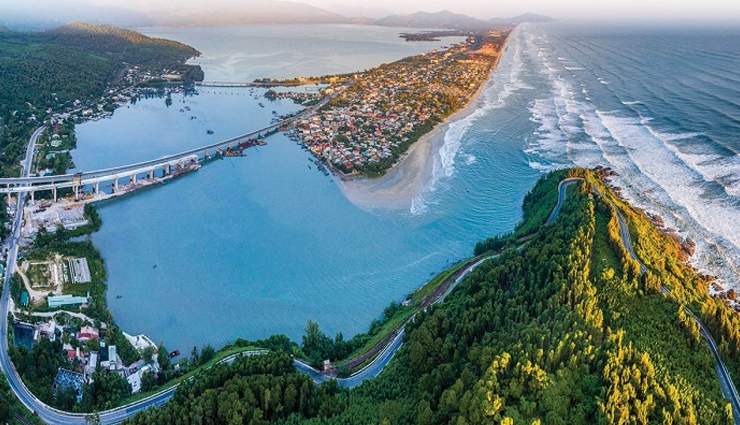 Lying en-route from Da Nang to Hoi An, this beach is often called as the central coast of Vietnam. Taking a private car from Da Nang is probably the best way to explore the long stretching quiet beach. You can enjoy your refreshing evening strolls, swim and surf in the waters. Easy access to such beaches is also a reason for the city of Da Nang being a sure stop in their Vietnam vacation itinerary, on top of pagodas and forgotten war Memorial.