6 Places You Cannot Miss To Visit In Madhya Pradesh 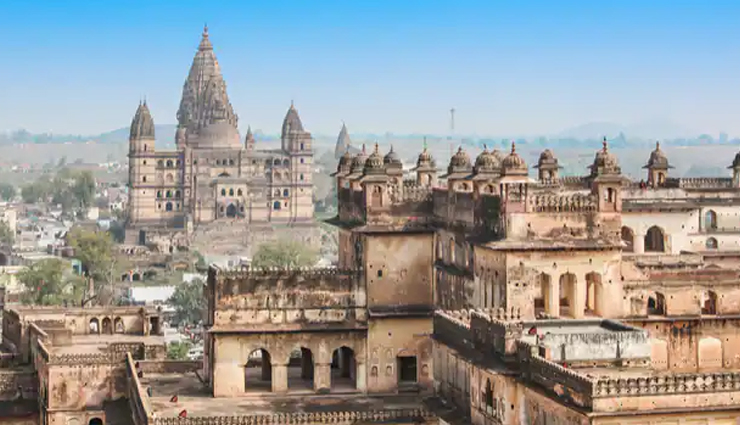 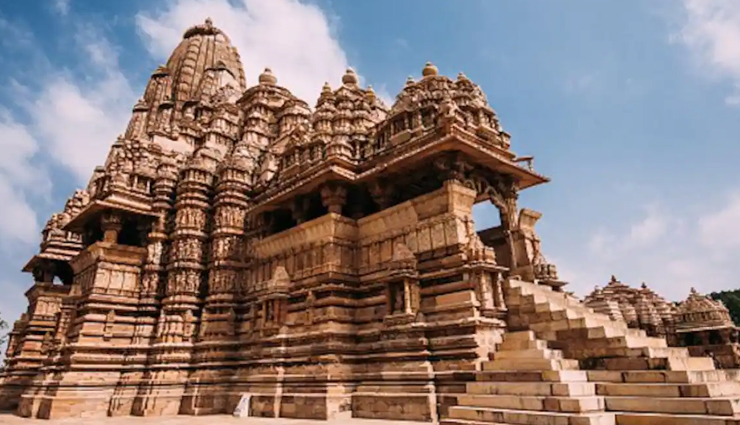 Khajuraho is one of the most popular tourist destinations in Madhya Pradesh without any doubt. It is highly known for its Hindu and Jain temples with some of the most exquisite art samples in the world. These temples were built by the Chandela Dynasty during the 10th and 11th centuries. Hence, the paintings and carvings depict some of the daily activities of those times like meditation, spiritual teachings, kinship, wrestling, royalty, and most importantly, erotic art. UNESCO declared Khajuraho as a World Heritage Site in India because of its superb and unique architecture. The cluster of temples is divided into 3 different groups based on their geographical locations namely – East, West, and South. You will be in awe and amazement as soon as you enter the Khajuraho Temple because the sculptures are stunning, intricate, and exotic. 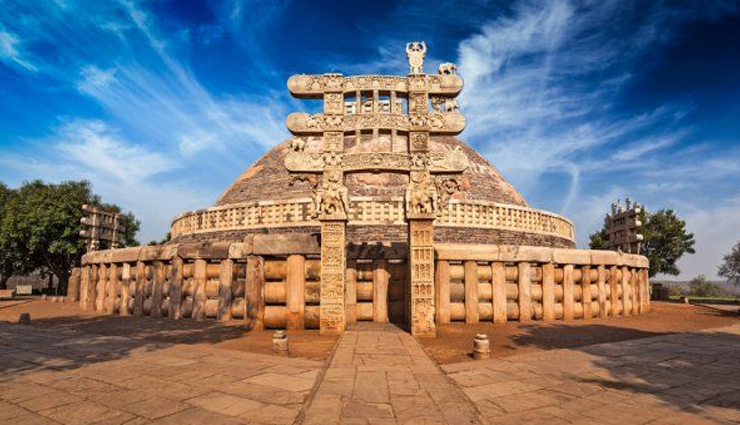 Sanchi Stupa is one of the famous Buddhist shrines in India. It is widely known for its ancient art and architectural excellence. You will find this beautiful structure in the Raisen district of Madhya Pradesh. It was built around the 3rd century B.C. by Emperor Ashoka. You will find the Stupa surrounded by toranas that are symbols of love, peace, trust, and courage. The Sanchi Stupa was renovated during the Shunga period. The new decorations included staircases, railings, and a harmika. The entrance is carved with beautiful sculptures that represent various Buddhist traits and incidents from the life of the famous Lord Buddha. It also includes various incarnations of Lord Buddha from the Jataka tales. 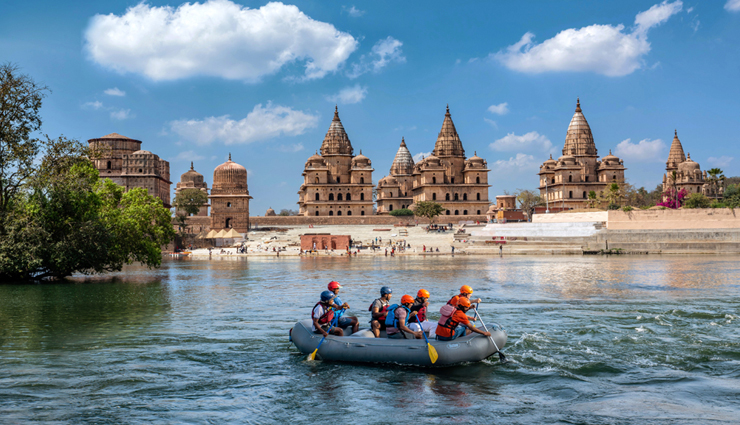 Orchha is located in the Bundelkhand region in the district of Niwari in Madhya Pradesh. It has a wide collection of monuments of historical importance at both national and international levels. The Orchha Palace Complex has 3 sections – the Jahangir Mahal, the Raj Mahal, and the Sheesh Mahal. The architecture is unique with a mix of Mughal and Bundelkhandi designs. It was built in honor of the famous Mughal Emperor Jahangir. The Ram Raja temple is also a popular stop at Orchha. There are in total 14 Chhatri or cenotaphs of the rulers of Orchha that celebrate the glorious history of Orchha. 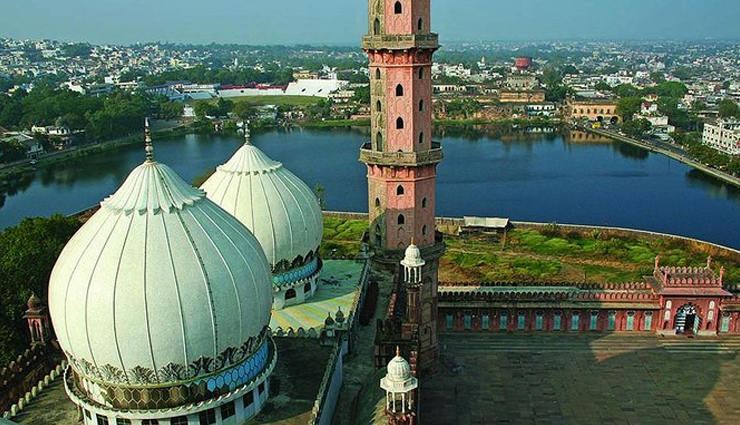 Bhopal is the capital of Madhya Pradesh and is popularly known as the Lake City because of its numerous natural and artificial lakes. It is rich with tradition with a pinch of modern life. Bhopal is situated on top of the land where once the ancient town of Bhojapal stood. Raja Bhog discovered two beautiful lakes in the center of the city. Bhopal is known as one of the greenest cities in India being filled with forests, hills, and landscapes. It’s a popular destination that attracts a large number of tourists each year. It exhibits the perfect blend of southern and northern charms that remains unchanged over the many years. The beautiful bazaars and monuments featured in Bhopal are what make it stand out from the rest of Madhya Pradesh. 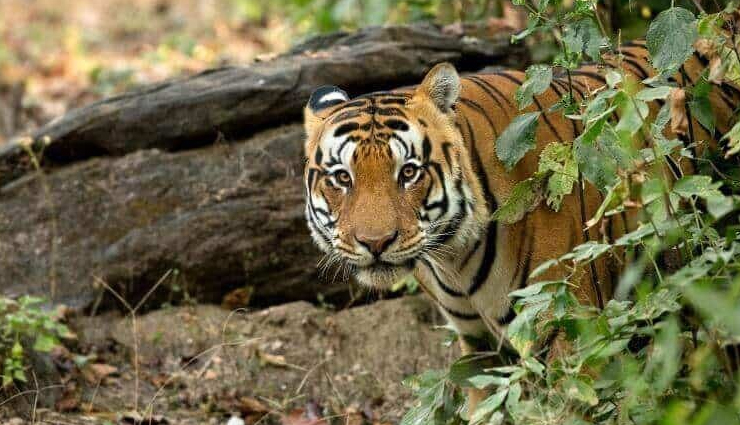 Kanha is a lovely town in the Madhya Pradesh state, located in the Mandla and Balaghat districts. Kanha National Park is one of India’s best-managed, tourist-friendly, and well-known tiger reserves. Kanha is not only known for tiger tourism, but it is also home to the critically endangered hard-ground Barasingha. There are four major zones in Kanha National Park. Kanha Meadows, Kanha Museum, Shravan Chita, Shravan Tal, Dashrath, Machaan, Bison Road, Nakti Ghati, and Umerpani are the most notable places in this Zone. Digdola, Sonf Meadows, Kope Dabri, Magarnala, Mochidadar, Chimta Camp, Amahi, and Soonaghat are all located in the Kisli Zone. The Kanha National Park is one of the best places to visit in Madhya Pradesh for any tourist. 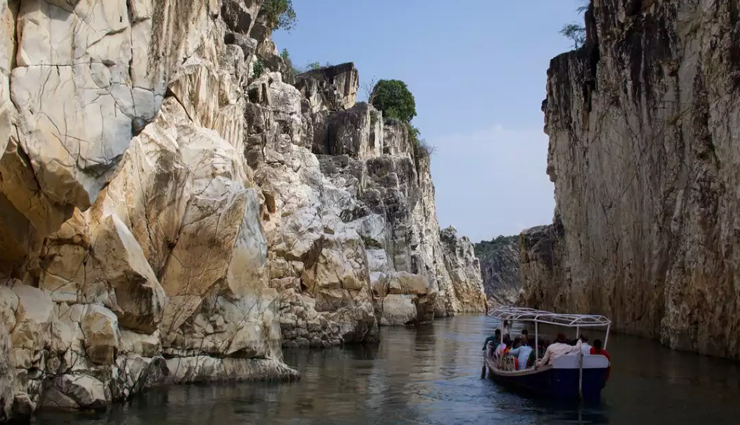 Bhedaghat in Jabalpur is a natural wonder akin to the Grand Canyon in the United States. Bhedaghat at first glance When you see a massive miracle created by nature in Madhya Pradesh, it fills your soul with a rush. The Bhedaghat marble cliffs glisten their aesthetic reflection in the emerald green waters of the Narmada, boasting an endless gorge. The 100-foot-tall striking marble rocks are said to change shapes and colors as you sail by. As you sail through Bhedaghat, the marble rocks create the illusion of a light show. When sunlight falls on the gleaming surface of the rocks, they take on a variety of shades. On a moonlit night, the sheer beauty of this place is amplified. The gleaming marble cliffs resemble a shaft of diamonds half-submerged in darkness.