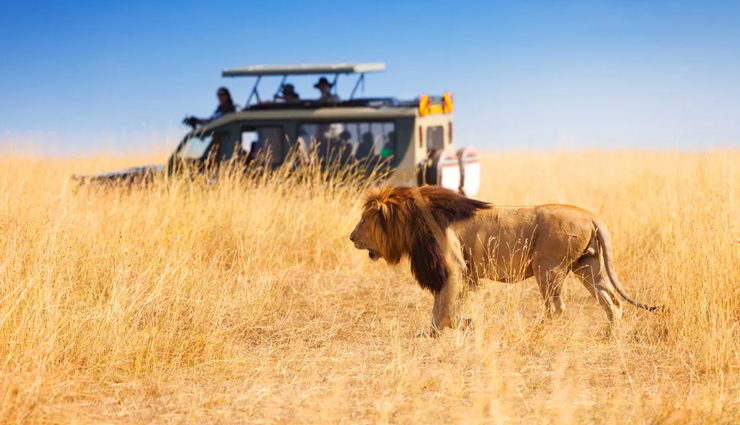 The word safari is deeply associated with African terrain and the golden horizons of savannas. In Australia, however, animal encounters in the wild come with their own iconic peculiarities such as rare species, or landscapes unlike any other across the globe and recreation. Whether you are an outdoorsy fan who likes to marvel at the wild animals in their natural setting while camping or hiking amid the lush nature, Australia has much to offer.

Let us go through the top 6 safari destinations in Australia that are worth a visit at least once in a lifetime. 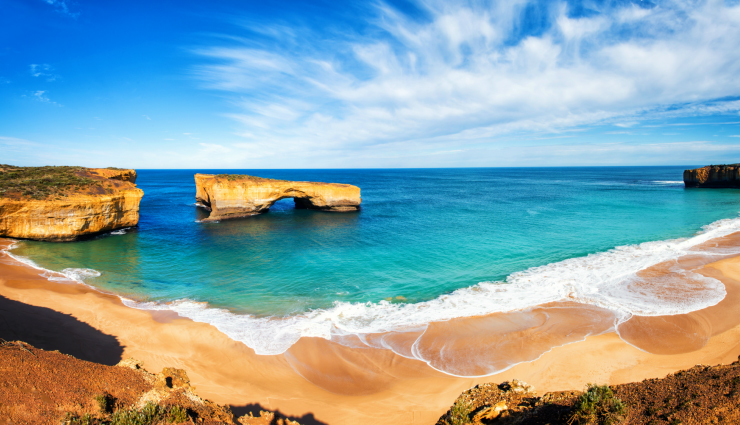 Lounging between Torquay and Allansford, the whole region is veined with emerald green rivers and countless epic wildlife habitats and home to emus, kangaroos, koalas, and reptiles. These scenic coasts are also labeled as a viewing platform for breaching dolphins and whale watching, from May through September.

In addition to wildlife, the Great Ocean Road holds international fame for its scenic views and breathtaking vistas of the rolling hills down to the white sand beaches. Known as an Australian National Heritage, the region is sprawling with soft peaks of ancient volcanoes, epic rainforests, and crystalline coasts. 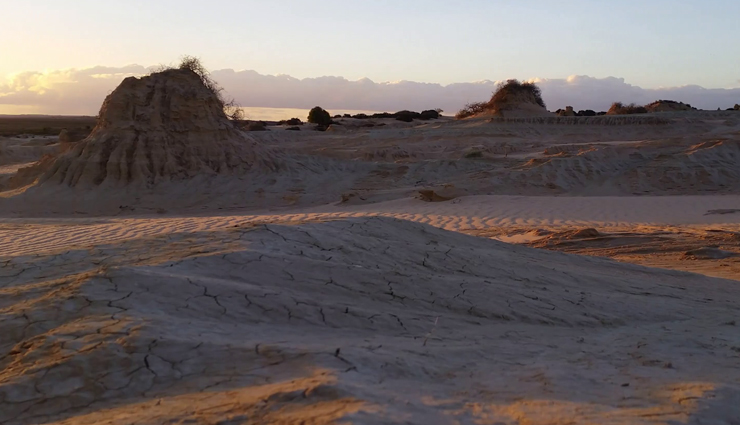 If you find the stretches of red dunes and sand-washed plains mesmerizing, the landscape of Lake Mingo is going to capture you with its spell-bound beauty. The ravine ecosystems and the ancient dunes are the habitats to numerous unique species; colorful parrots, Emus, cheerful kangaroos, and lizards with flamboyant patterns, and reptiles- Mungo outbacks are one of the most delightful locations in Australia for wildlife encounters.

The lake and its surrounding plains have been sacred land to indigenous tribes, hence protected under the Willandra Lakes World Heritage Area. To have a wholesome experience, join the private safari and outback tours that, for an additional cost, open a door to a world of wonders for you. 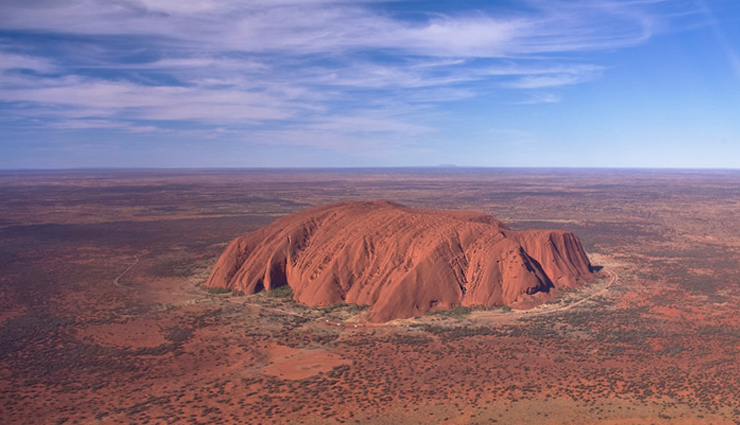 Noted as a quintessential Australian safari destination, Uluru is situated at the rugged heart of the Northern Territory. The landscape is known for its ethereal feel, especially during the golden hour, at the sunrise, and sunsets. 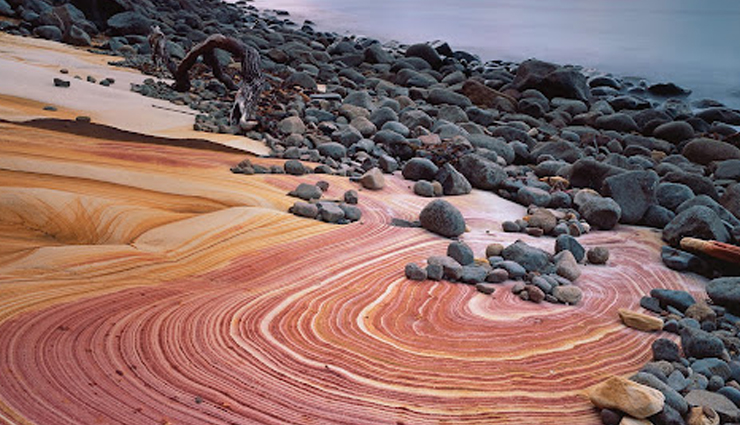 Maria Island is noted for its intriguing landscape, rising over the mountainous terrain of Tasmania with all its wondrous beauty. Not far from the fishing town of Hobart, the namesake park shelters endearing Tasmanian Devil, foraging among the tall eucalyptus trees, Wombats, and numerous bird species including the famous Tasmanian Hens.

The Island’s visitors can stay at the scenic lodges on the heights, or camp near the placid bays. Among the sandstone cliffs, limestone quarries, lush slopes, and spectacular viewpoints, the Fossil Cliffs are a must-visit location on the Maria Island Safari tour. 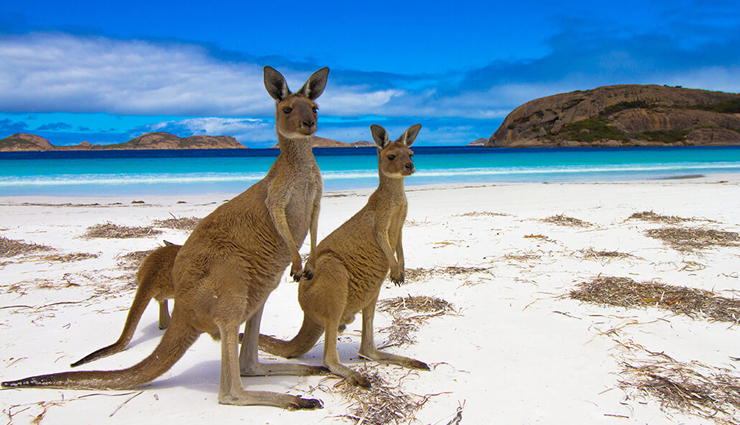 Named as the jewel of Dudley Peninsula, Kangaroo Island lies just off the shores of South Australia. Known for its limestone cliffs and pale beaches that are fringed by barren dunes and verdant hills, the island is a treasure trove of chaste nature.

Overlooking the magnificent Southern Ocean swell, these hills are a native habitat to Tammar Wallabies, birds, and, of course, the Island’s kangaroos. Several birds, both from native species and migrating flocks, attract bird-watching enthusiasts each year. Do not miss the Pelican Lagoon and several scenic hiking paths through the region.

Foodie delicacies and premium wine are other exquisite features of the region to enjoy after a day of safari and encountering wild animals. 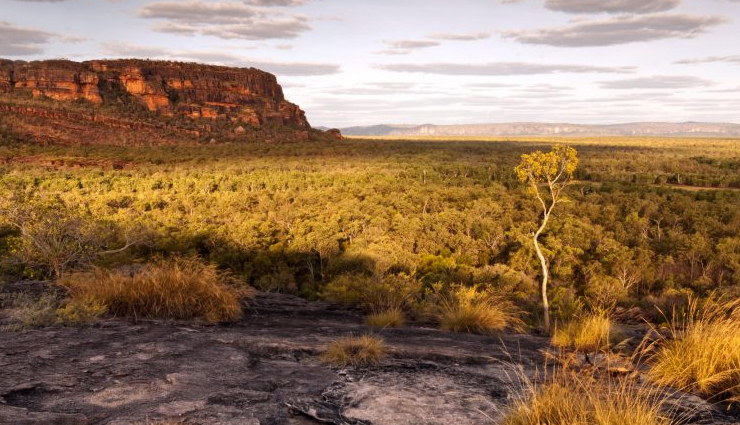 For getting off the grid and visiting the unprecedented wilderness of Australia, The Top End boasts an untamed landscape. The entire uninhabited landscape of northern Australia is recognized as the Top End, featuring abounding savannas, scenic wetlands, rich mangroves, and the pure feel of nature.

The region is acclaimed for its numerous bird species and is marked as a premium birding ground worldwide. Other notable creatures here are Woodward’s Wallaroo, Oenpelli python, Flying Foxes, and Dingos.

Join the outback adventures are the small township of Darwin and feast your eyes on terrains that bear no sign of artificial constructions or contamination.