6 Unusual Bridges To Visit Around The World 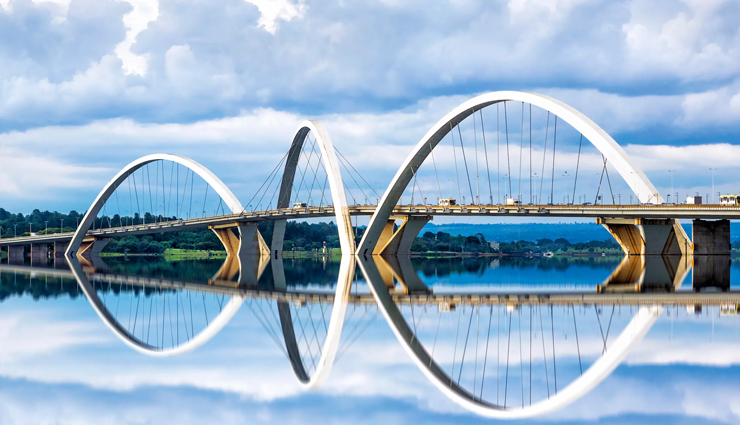 Some of this bridges make drivers and passengers to gape in amazement and break out the digital camera. These are the best of the best, bridges that break the mold and blaze new trails in structural achievement. 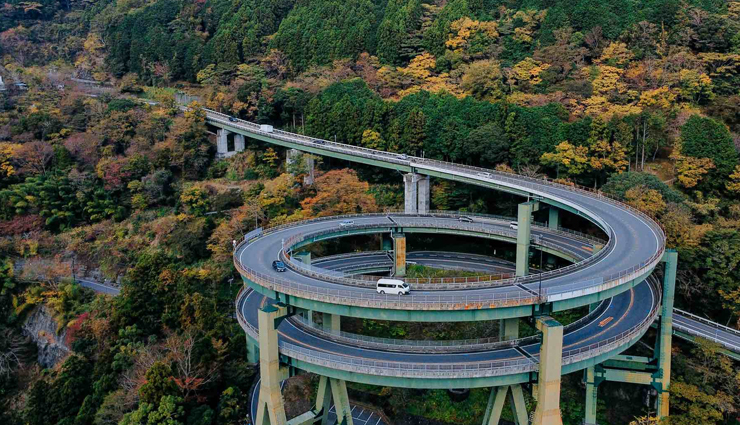 The Kawazu-Nanadaru Loop Bridge consists of two spirals, each 1,1 km (0.7mi) long, 80-meter in diameter (262 ft) - the only way for traffic to get down the mountainside into the valley, too steep for any other usual road-building solutions.

The busy Route 414 serves the weekend crowd from Tokyo, intent to wind down at the hot springs resort of the Izu Peninsula. The "winding down" bit obviously starts at this bridge. Built in 1981, the double-spiral structure demands careful driving - the speed limit on the bridge is only 30 km/h (19 mi/h), which also helps to better enjoy the views. 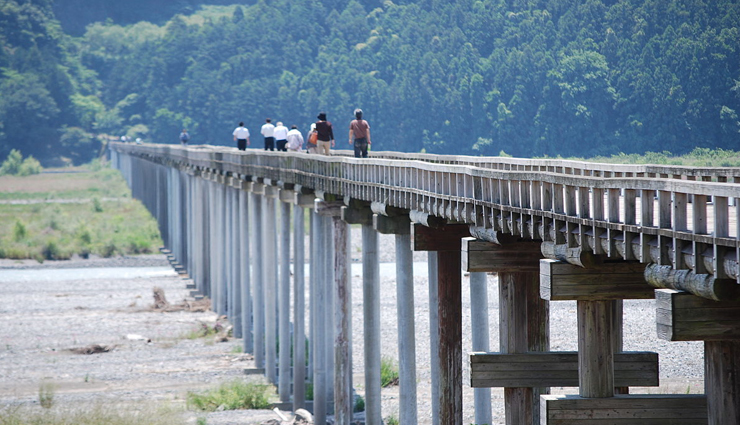 This unique circular pedestrian bridge is located at the foot of the Hiyoshi dam near Kyoto, Japan. It is part of Hiyoshi Spring spa resort and was designed by Japanese architect Norihiko Dan, who also planned the landscaping of the spa resort and park. Built in 1998 the bridge known as 'Friendship Bridge' has a diameter of 80 metres (262 ft). 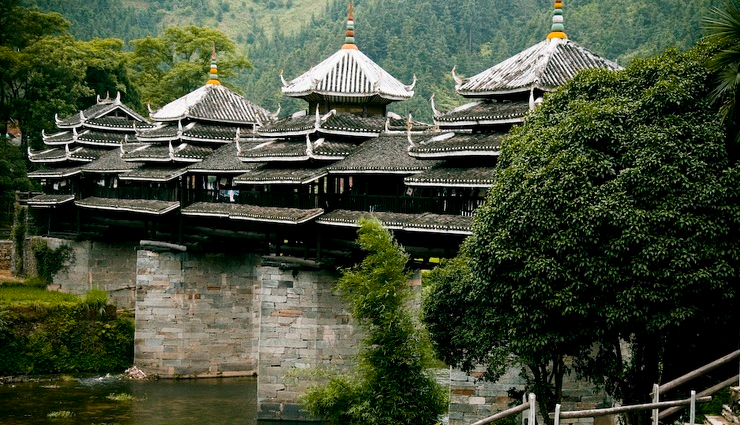 The Chengyang Bridge or Chengyang Wind-Rain Bridge, Liuzhou, Guangxi Province (very north of Guangzi), People's Republic of China. It's in Dong Minority Region. It's a special covered bridge and one of Fengyu Bridges (a special bridge type in local Dong Minority Region). It was completed in 1916. It has many other names including Yongji Bridge and Panlong Bridge.

The bridge is a perfect combination of painting, bridge, corridor, veranda and Chinese pavilion. It has two platforms (at the two ends of the bridge), 3 piers, and 4 spans, 5 pavilions, 19 verandas, and three floors. The piers are made of stone, the upper structures are mainly wooden, and the roofs are covered with tiles. The bridge has wooden handrails on both sides.The bridge has a total length of 64.4 meters (211 ft), and its corridor has a width of 3.4 meters (11 ft). The net height above the river is about 10 meters (33 ft). 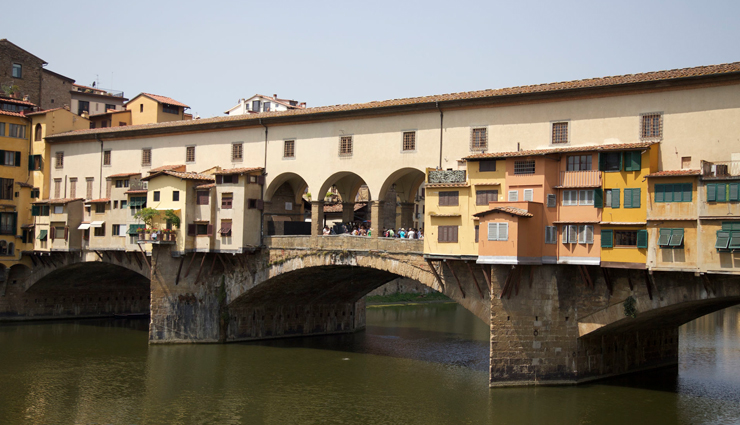 The Ponte Vecchio is a Medieval bridge over the Arno River, in Florence, Italy, noted for still having shops built along it, as was once common. Butchers initially occupied the shops; the present tenants are jewellers, art dealers and souvenir sellers. It has been described as Europe's oldest wholly-stone, closed-spandrel segmental arch bridge, but there are far older segmental arch bridges such as Alconétar Bridge. 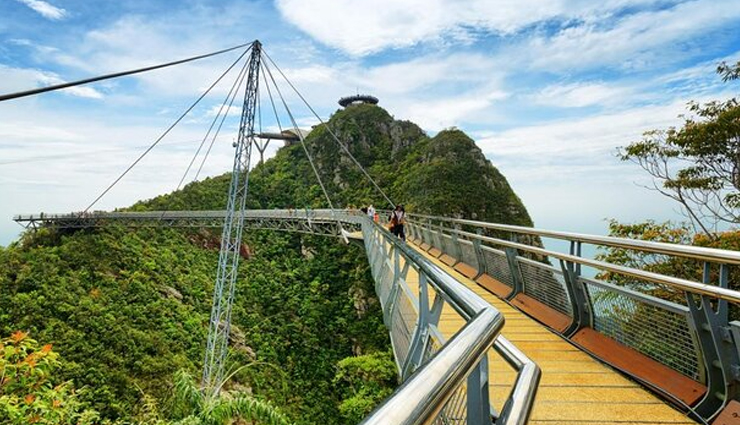 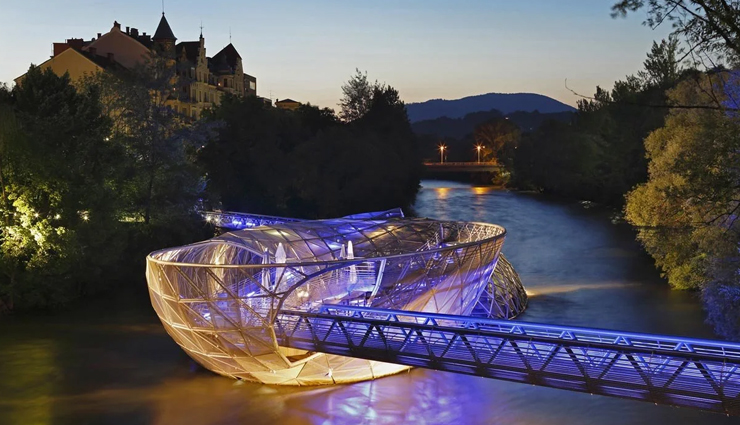 This exclusive installed masterpiece got the deserving attention within months. It features a sunbathing area, fashionable bar and a coffee house and also allows you an access to cross the Mur river from one shore to other. I haven’t come such an elite masterpiece before.