7 Breathtaking Beautiful Places In India You Must Visit Once 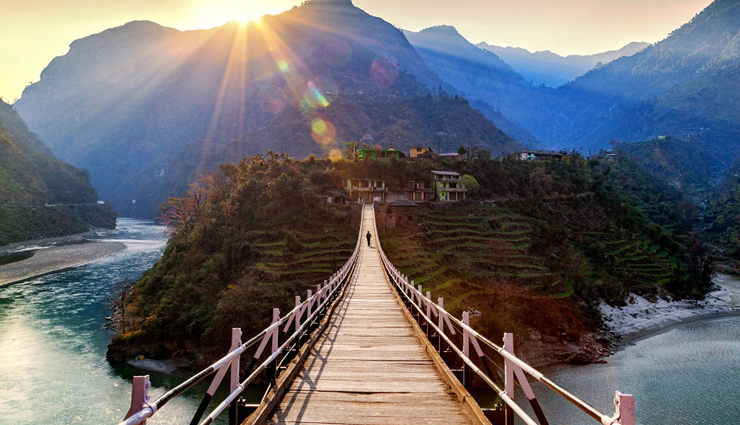 From the mighty Himalayas in the north to the rejuvenating backwaters in the south, India is blessed with a diverse geography, spectacular landscapes, and breathtaking sceneries. While the whole country is dotted with destinations where travelers gather to rejuvenate their senses and enjoy the stunning views, we’ve compiled a list of 7 places in India that one MUST visit at least once. 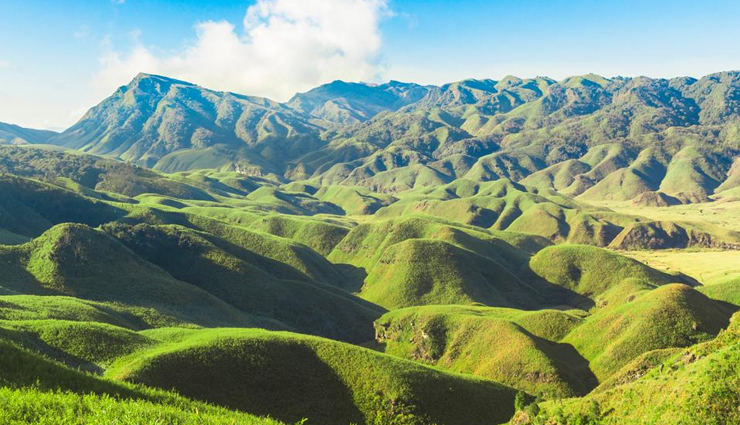 One of the best-kept secrets of the North East nestled at a height of 2452 m above sea level behind the Japfü peak in Nagaland, Dzükou Valley must be visited for its natural beauty and wild flowers spread across lush green meadows. The mystic charm of this beautiful valley located in Manipur-Nagaland border attracts several enthusiasts round the year. The valley’s main entry point is at the foothills of Viswema village. The Dzükou Lily is one of the rarest flower in the world, and is endemic to this valley. The main valley is about a 2-hour long hike from the starting point of the valley. 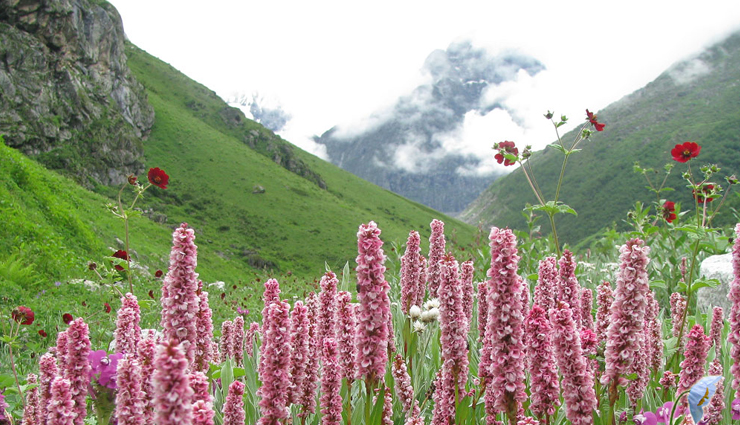 Valley of Flowers is a sprawling expanse of meadows with endemic alpine flowers and a variety of flora spread over 85 square km in the Garhwal region of Uttarakhand. The entire region offers surreal and enthralling views to visitors. It is a part of the Nanda Devi National Park, and the diverse fauna of the region includes Asiatic black bear, snow leopard, musk deer, brown bear, red fox, and blue sheep. The most commonly sighted bird is the moral pheasant. To access the valley one must cover a 17 km long trek and it is about 270 km from Joshimath. 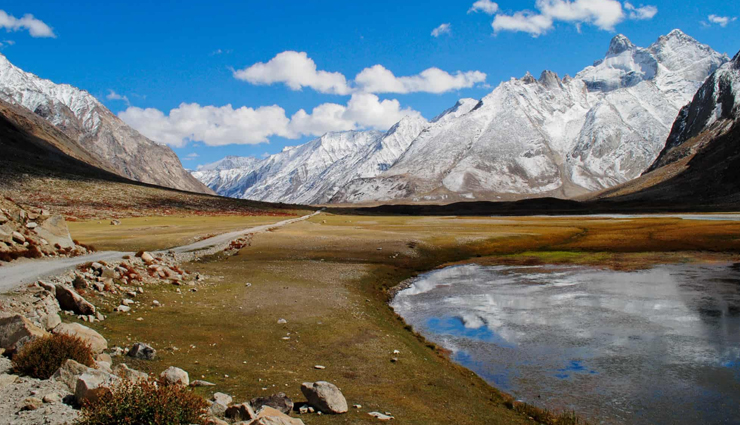 Ladakh’s pretty sister Zanskar Valley is a rugged and arid patch of magnificence with the Zanskar River flowing right through the valley. With timeless monasteries, and the only access route being a partially paved 247 km long road that branches northward from Kargil, Zanskar is a trekker’s paradise. White water rafting on the Zanskar River is one of the most preferred adventure activities in the region. 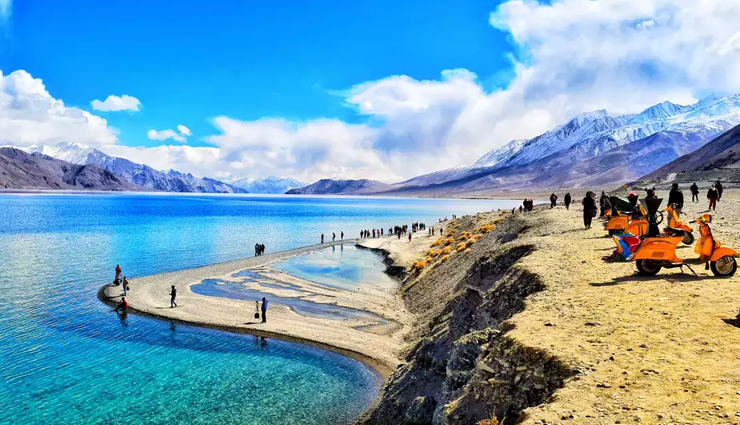 Ladakh is the pride of north India and the only other place that is visited by more people in the state of Jammu and Kashmir apart from the Kashmir Valley. It is a road tripper’s paradise, and there are countless biker groups that ride the winds to Ladakh, annually. There are two routes that you can choose from to reach Ladakh by road, the first one begins at Srinagar and ascends eastward to Ladakh through the town of Kargil. The other route begins at Manali in Himachal Pradesh, and it will take you through Rothang Pass. It is renowned for its natural landscape and craggy beauty. The Indus River carves through Ladakh and its snow-capped hills and valleys. There is an astounding number of monasteries that are spread across the region, with the Shey, Phyang, and Hemis Monasteries being some of the most important ones. 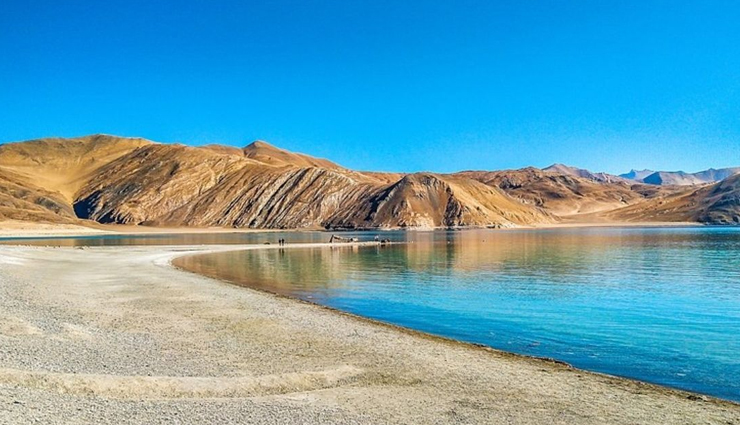 The Pangong Tso Lake which has been featured in Bollywood films like 3 Idiots and Tashan is situated in Ladakh at the border between Indian and China. 70% of the lake’s area falls under China and the rest in India. 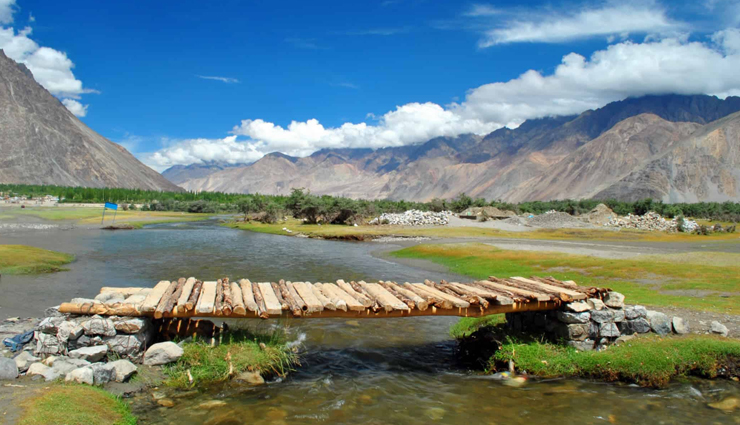 The Nubra Valley of flowers can be accessed through the Khardungla Pass, which is perched at a height of 18300 feet and was once the highest motorable road in the world. 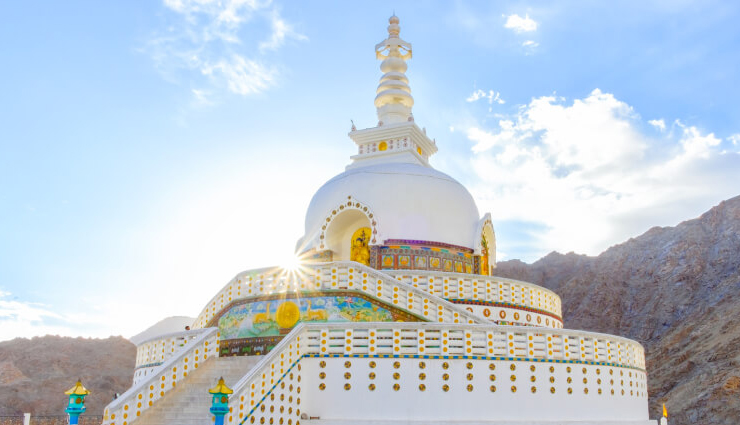 The Shanti Stupa is a white domed chorten perched on a hilltop at Chanspa in Ladakh and is a part of the Peace Pagoda mission. The stupa holds the relics of Lord Buddha which was enshrined by His Holiness, the 14th Dalai Lama.