7 Most Beautiful Castles That Look Like Fairy Tale Castles 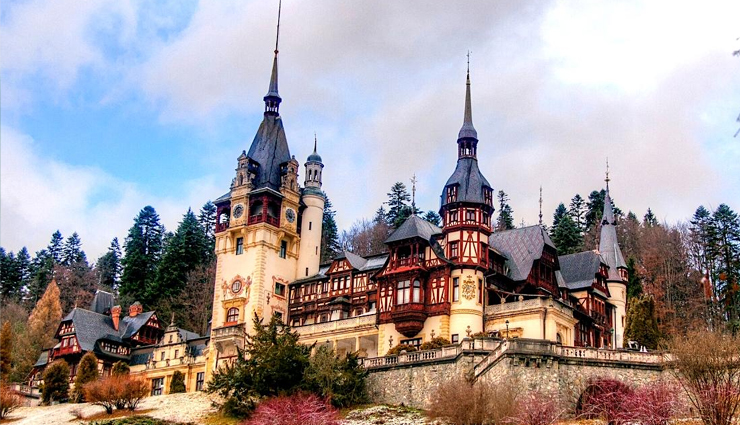 There is no better place to see amazing and iconic castles than in Europe. Castles across the continent display architectural skills and magnificence. Sometimes romantic, sometimes sinister, castles around the world evoke a palpable feeling of wonder and melancholy. Since time immemorial, Europe has been the best place to see some of the beautiful castles. Most of the castles started out as fortresses that served as a defense system while some were built to display the power and influence of the royal family. Here are 7 beautiful castles that look like fairy tale castles. 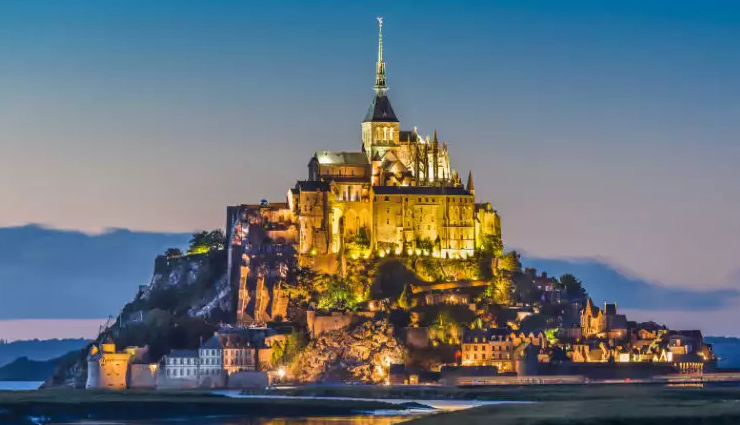 Mont Saint Michel is situated on an island commune in Normandy. Its construction on the island and the surrounding waters helped to protect it from enemy attacks. The castle has been used for protection dating back to the ancient times. Mont Saint Michel has a massive wall around it, acting as reinforcement to the castle. The castle survived the 100 Years War without any damage and it is today considered a UNESCO World Heritage Site. Its most notable feature is the tall turquoise spire with the statue of Saint Michael at the top . 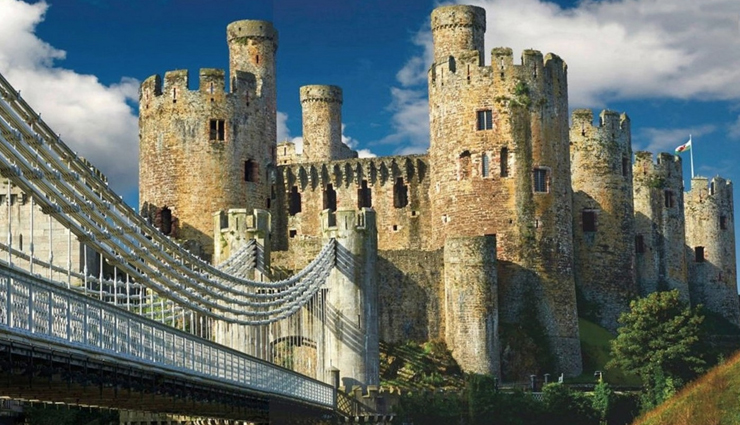 Conwy Castle is a medieval fortification that was built by Edward I during the conquest of Wales. The castle is an example of the 13th and 14th-century military architecture built from imported and local stones. The castle is divided into the inner and outer wall and is defended by 8 large towers. A gate leading to the sea allowed the castle to be resupplied from the sea. The architecture of the castle is closely related to the Kingdom of Savoy, especially the window styles and the crenellation used on the tower. The ruined castle is managed by Cadw as a major tourist attraction in Wales. 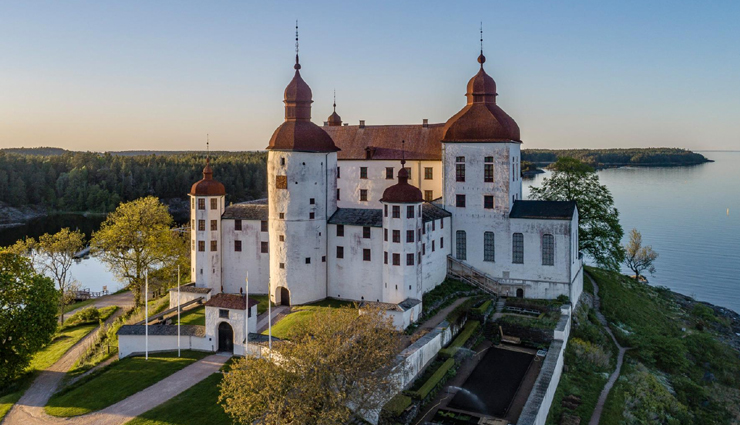 Lacko Castle in Sweden is like a sleeping beauty with little or no stylistic renovation popular in the 20th century. The original interior fixtures of the 17th century can still be seen today. The castle dominates the rocky headland surrounded by the by Lake Vanern. Lacko Castle has a dazzling garden enclosed by a high wall with overgrown fig trees, flowers, and vegetables. The castle fell completely silent when its tenant, Magnus Gabriel was forced out of the castle by King Karl XI who took some of the castle’s precious items. An annual opera production takes place at the castle’s inner courtyard. 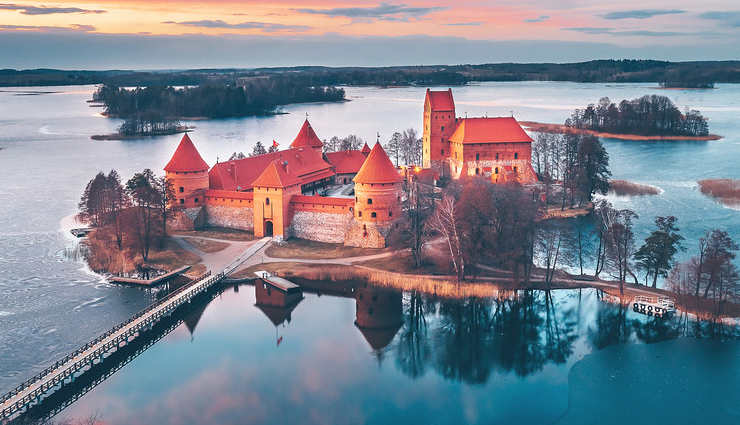 Trakai Island Castle is a historic Gothic Palace that was built by Lithuanian duke in the 14th century. It served as the residence of the Duke since Trakai was the capital at the time. The whole landscape of Trakai dictates the architecture of the castle with several lakes surrounding the historical center.

Trakai Island Castle displays medieval exhibits that have been major attractions for tourists. A 300 meters wooden bridge decorated with torches that lit the path at night leads to the castle. The halls and galleries of indescribable beauty and secret passageways fascinate the visitors. At present, Trakai Island Castle is a museum hosting various concerts and craft days. 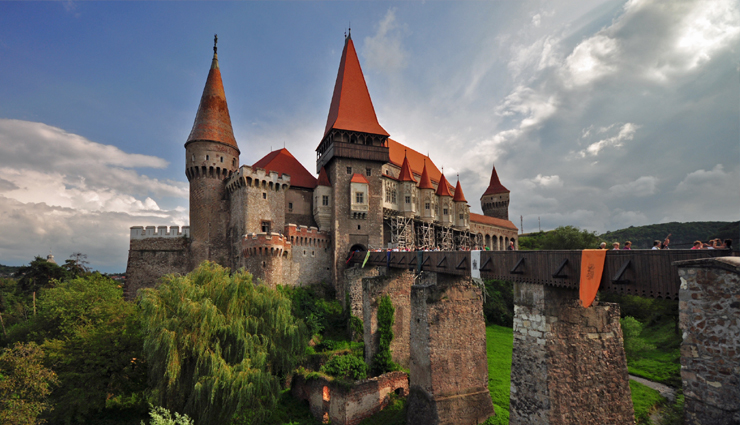 The Gothic-styled Corvin Castle was constructed by the Anjou family and served as a fortress until the 14th century when it was upgraded into a Transylvania castle. The magnificent castle feature Knights’ Hall, drawbridges, high buttresses, well-maintained courtyard, a chapel, and 50 rooms decorated in medieval art. The courtyard features a well dug into a stone. The well was dug by three prisoners who were promised freedom when the job was done. It took the 15 years to reach the water. A painting portraying the legend of the raven can be seen on the wing called Mantle. 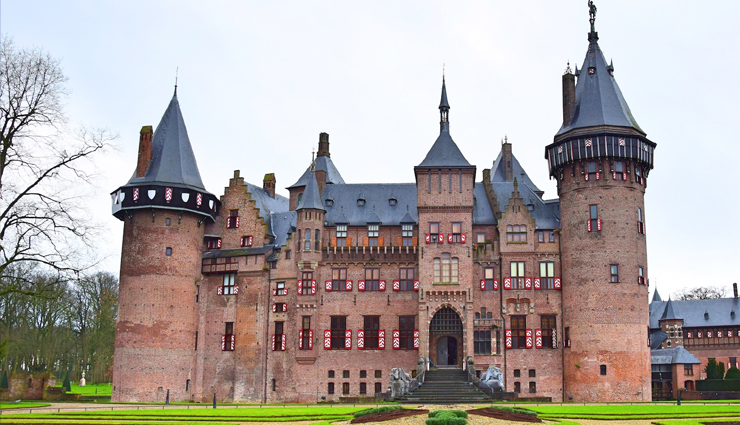 Few castles in Netherlands can rival Kasteel de Haar for its ideal image of a medieval fortress. The fairytale castle rises majestically from parkland with impressive trees, old gardens, and ponds. Kasteel de Haar is located near Utrecht. The castle is not only famous for its architecture but also the interior, the garden, and the chapel.

The interior is decorated with ornamented wood carving reflecting the culture of the Roman Catholic. The parks and gardens are also magnificent in their own rights with over 7,000 grown trees and waterworks. Each season in the park has its own charm. 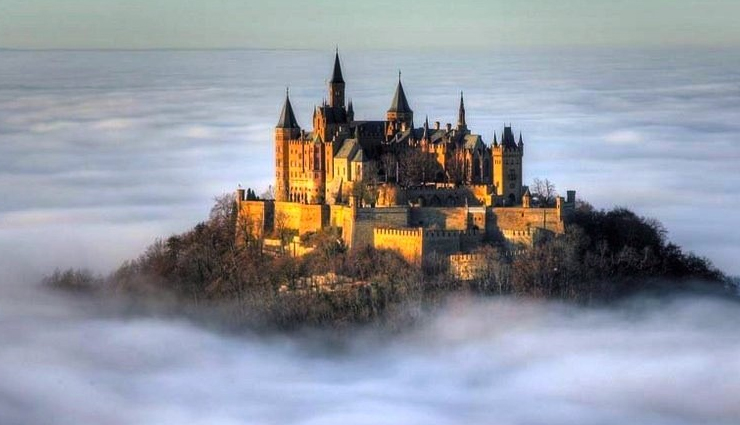 The Hohenzollern Castle is located about 50km from the Stuttgart, near the Swiss Alps. It was the residence of the dynasty Hohenzollern before the World War II originating back to the Emperors of Germany. The castle is located on top of Mount Hohenzollern. Hohenzollern Castle fell into disrepair in the 18th century, leading to the demolition of several buildings and rooms. Today, the only remaining building is the medieval chapel. The castle is filled with historical artifacts including Crown of Wilhelm II and the uniforms of King Fredrick the Great.