7 Must Visit Shakti Peethas In India 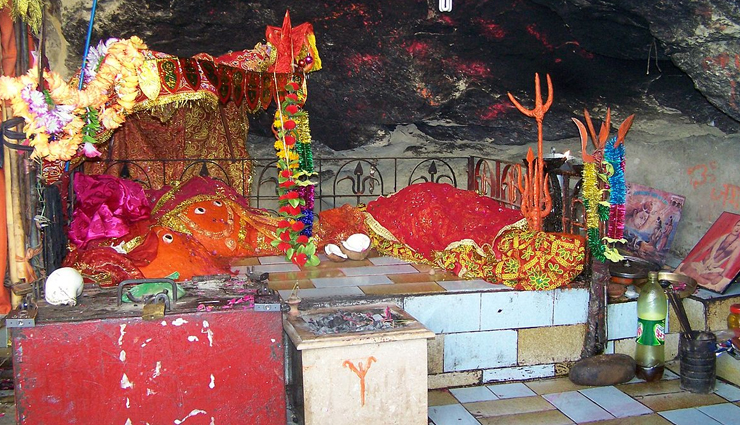 India is a spiritual land. We have always placed a lot of faith in our Gods and Goddesses, manifestations of limitless power. Devi or Mother Goddess has always constituted the major part of Devotional Hinduism. There are 51 Shakti Peethas in India devoted to Devi Shakti, considered the power of Lord Shiva, the destroyer of Evil. Devi took birth or was incarnated as Parvati or Sati on the Earth. Devi Sati was the daughter of Prajapati Daksha, and Goddess Parvati was the daughter of the Himalayas. A lot of temples or peethas are constructed in the country and abroad to signify her presence. These are the most revered places in the country, becoming one of India's most visited pilgrimage destinations. These are spiritually energetic and rich places visited by many devotees to seek the blessings of Devi Shakti. Here are some of the most famous Shakti peethas in India. 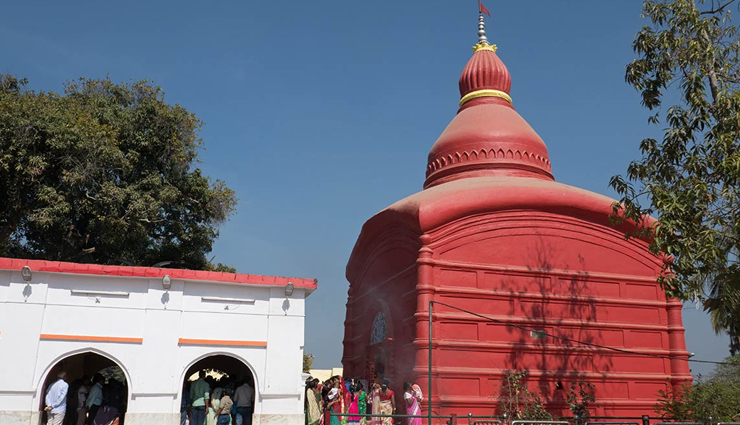 This temple is also referred to as, Matabari, the abode of Mother. The temple is located on the fringes of Udaipur in Tripura. It is approximately 51 km away from Agartala City amidst a peaceful, calm, and serene environment. Constant hymn chanting by the priests and devotees and the melodic sounds of bells creates a divine and spiritual ambiance. Devotees visiting the temple find themselves immersing in these sounds and feeling a connection with the Adi Shakti. It is at this spot that the foot of Devi Sati fell. Here, the Goddess is worshipped as 'Soroshi,' a sixteen-year-old girl. The square-shaped sanctum or garbhgriha of the temple resembles a Bengali hut. 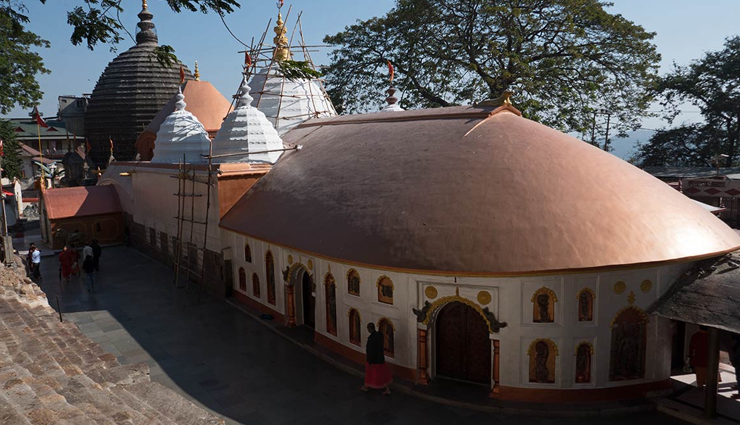 The Kamakhya Temple is devoted to Devi Kamakhya. The temple is perched atop Nilachal Mountain in Guwahati. It is the seat of Supreme Energy or Maha Shakti. Thousands of devotees visit this temple during the Ambubachi Mela. As per Devi Purana, the female reproductive organ or Mahamudra of Devi fell in a cave. It is worshipped in the temple in the form of a stone. As per Puranas, Devi Kamakhya starts menstruating in mid-June, continuing for three days. During these three days, no homage or prayers are offered to the deity. There are many other temples located in the main temple complex dedicated to different incarnations of Durga and Lord Shiva. 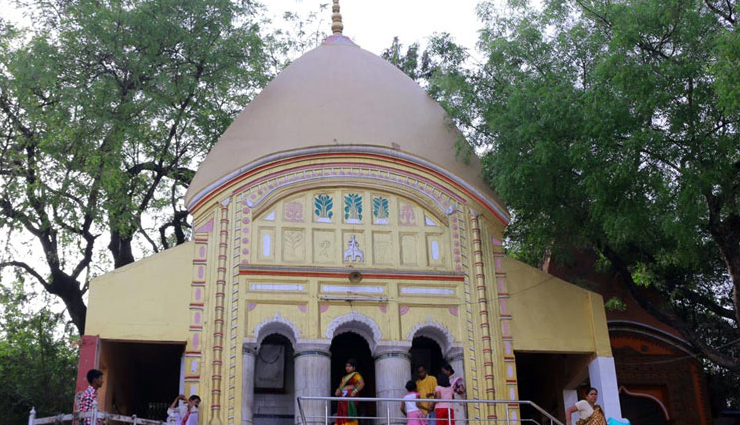 It is a beautiful temple located amidst nature's unparalleled beauty. It is a calm and quiet temple town along the banks of River Brahmani. This temple is devoted to the incarnation of Goddess Kali. As per Devi Purans, it is the place where the vocal chord with a part of the trachea had fallen. Situated atop a hillock, the walls of this beautiful temple are covered with impressive terracotta panels. Devotees seek the blessings of Devi and pray to get their wishes fulfilled. 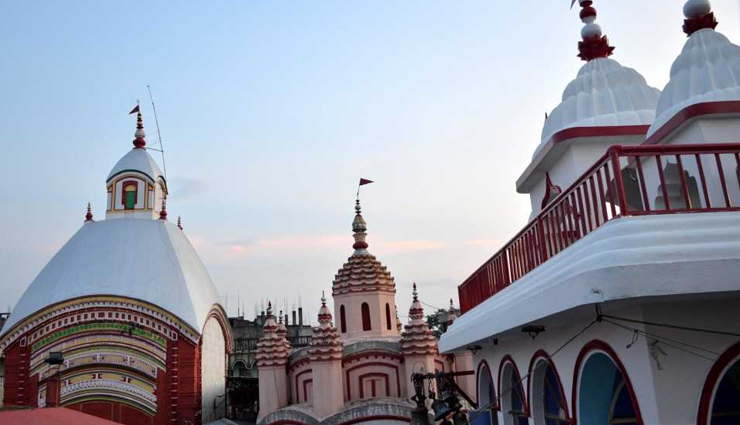 This temple dedicated to Goddess Durga is a mystical shrine located in the Birbhum District, West Bengal. It is one of the ancient temples that celebrate twelve incarnations of Goddess Kali, also referred to as Goddess Tara. As per Devi Puranas, the tara or eyeball of Sati dropped here. This temple is a hub of offerings, tantric and supernatural activities. The temple also has a crematorium or samsana adjacent to it. There are a lot of myths associated with this temple located in a quaint background. The ardent devotion of the devotees has made this temple one of the must-visit shakti peethas in India. The deity's face is made with silver and has two hands, unlike other forms of Goddess Kali. She wears a garland of a snake on her neck and Lord Shiva sucking her breast as a kid. Daily Puja is performed by a priest who offers the blood of sacrificial goats at the altar of the temple. 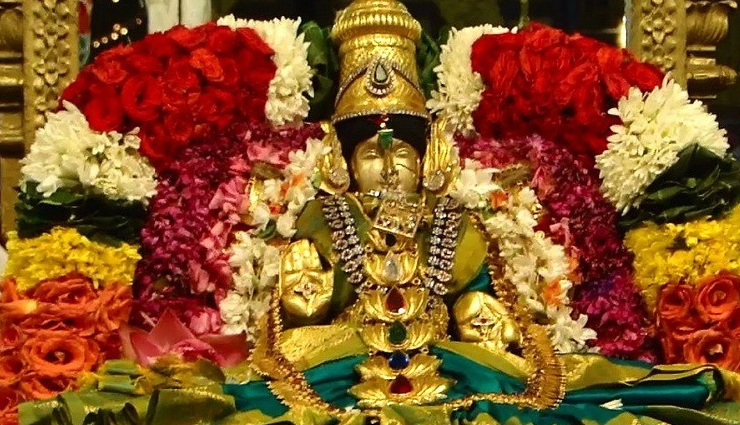 It is a divine temple built in Varanasi. It is considered as the abode of Vishalakshi that attracts thousands of devotees for a pilgrimage. Close to the banks of the Holy Ganges, the temple is located on a divine land. It is here where the earrings of Devi Sati fell. The Goddess is a manifestation of Shiva and is described as the shakti or energy of Lord Vishwanath. Devotees seek blessings from the Goddess and take a plunge in the Holy waters of River Ganga. It is believed that people who breathe their last in this city get Moksha and find liberation from the cycle of rebirth. Their soul finds salvation. 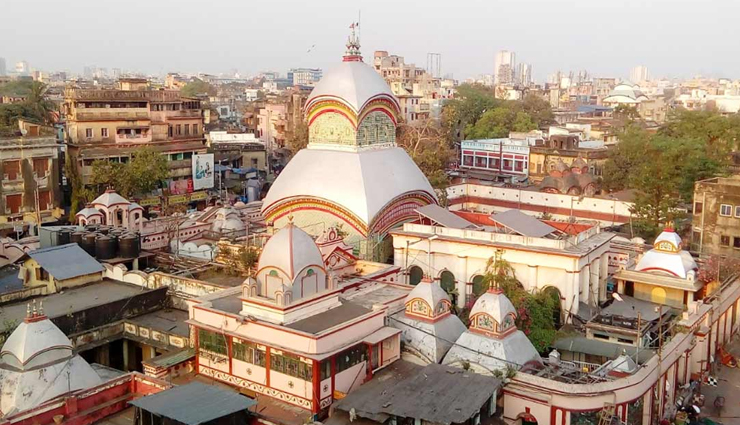 A truly majestic temple devoted to Goddess Kali, the Kalighat Temple draws many devotees from different parts of the country. It is believed that it is at this place where the toes of Goddess Sati's right foot fell. The temple follows the Siddha tradition that talks about different forms of yoga. The statue of the deity is very impressive and truly distinctive from other temples. Huge eyes, golden hands, and a golden protruding tongue make this statue truly unique. When giving her a holy bath on Snanaytara, the priests keep their eyes covered with a cloth. 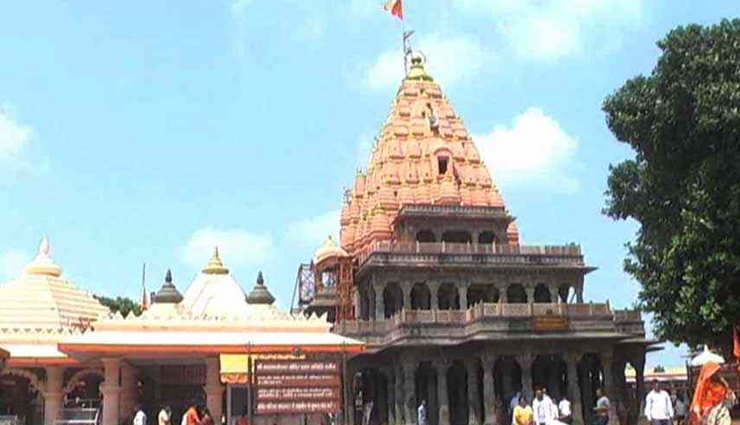 Maha Kali is the furious avatar or manifestation of Adi Shakti. This temple in Ujjain is located atop a small hillock along the banks of the Kshipra River. Ujjain is considered as the Royal seat of Devi Mahakali and Vikramaditya. It is believed that the upper lip of Goddess Sati fell here. It is one of the major worshipping places for Goddess Kali's devotees, where she is worshiped in her fierce form.