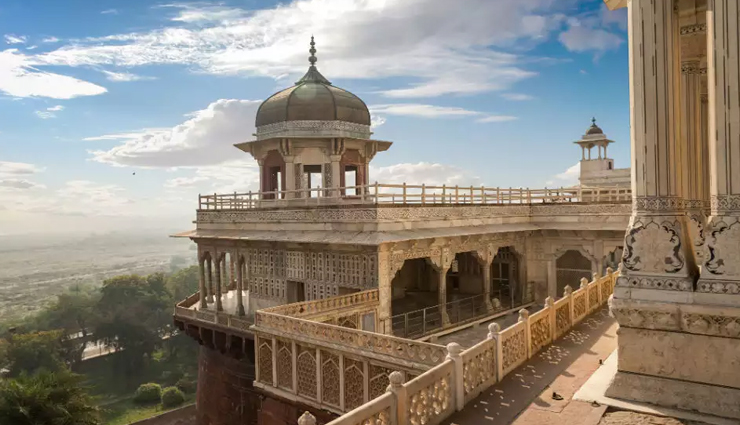 With about 40 UNESCO World Heritage sites in India, the country superciliously stands at the sixth position in the world when it comes to preserving the legacy of remarkable natural and cultural wonders. Boasting some of the dazzling landscapes as well as culturally significant landmarks, discovering Heritage Sites in India is a delightful and enriching experience.

From the iconic Taj Mahal in Agra to the recently added Harappan City, Dholavira, catch a glimpse of old as well as new UNESCO heritage sites in India in 2021 that will leave you enthralled. 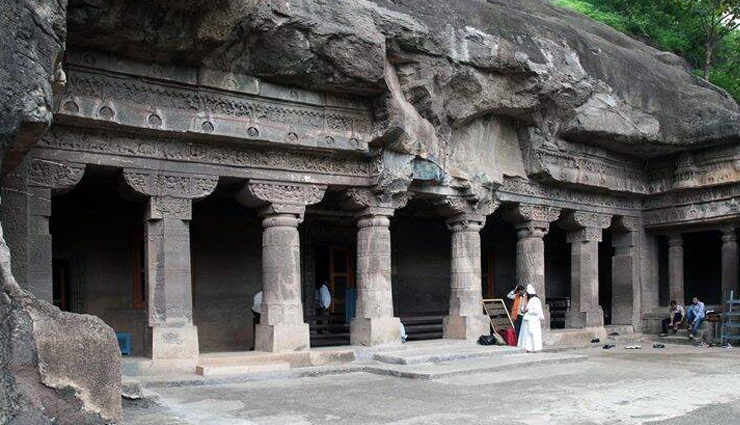 One of the oldest heritage sites in India, Ajanta Caves in Aurangabad is unequivocally majestic. Comprising 29 intricately carved rock caves, this 2000-year-old Buddhist site in Maharashtra exudes the brilliance of architecture, cave paintings, and sculptures. 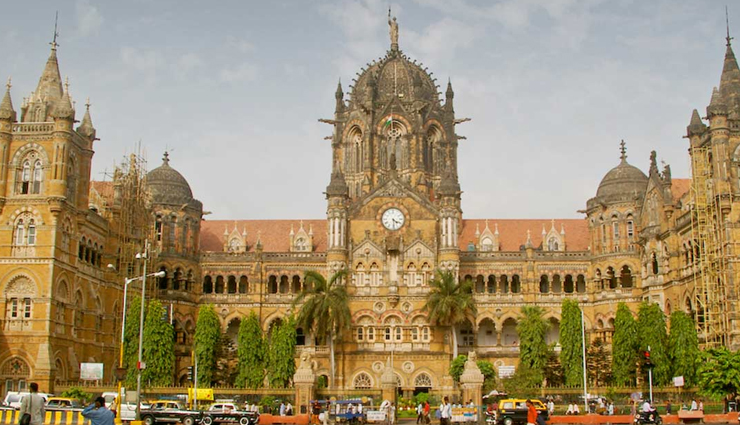 Formerly named Victoria Terminus, Chhatrapati Shivaji Terminus is an example of Victorian Gothic architecture. The prominent landmark of Mumbai, the mammoth-sized Chhatrapati Shivaji’s statue at CST is a sight to behold. Considered as the symbol of progress, numerous reconstruction efforts are carried out every year to preserve this British Era structure which holds the true essence of the city. 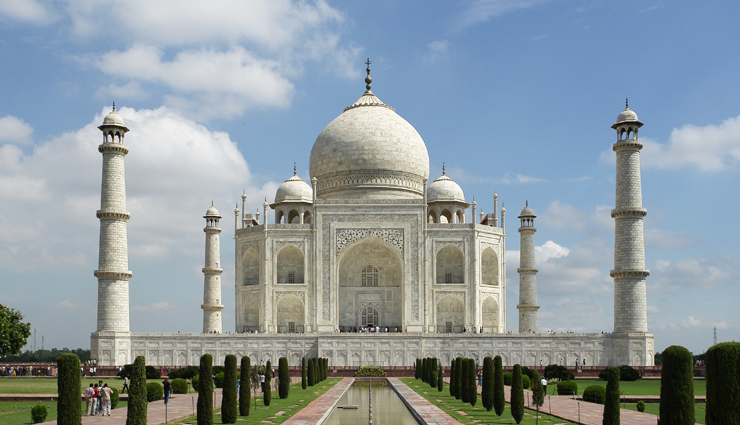 One of the seven wonders of the world, the Taj Mahal is a gleaming white marble monument located on the banks of river Yamuna in the bustling city of Agra. Commissioned by the great Mughal emperor Shah Jahan for his beloved wife, this iconic tomb symbolizes the love and the brilliant architecture of the Mughal empire. This shining jewel of Islamic art is a must-visit place in India as a trip to the Taj Mahal is one of the most incredible experiences to gather in India. Taj Mahal is one of the World Heritage Sites in India. 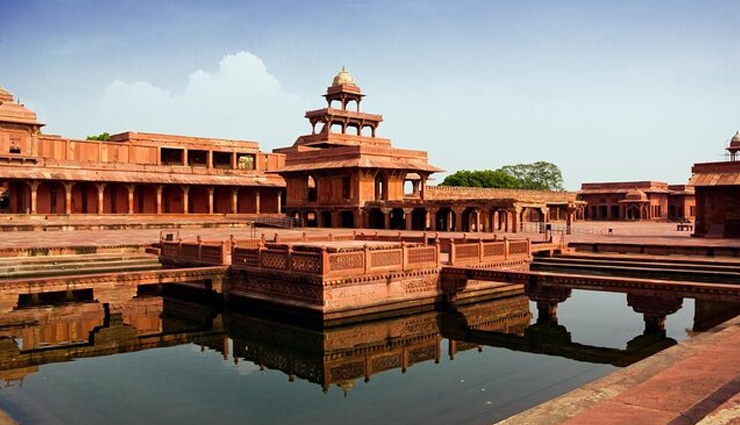 Also known as the City of Victory, Fatehpur Sikri was the planned city commissioned by the Mughal Emperor, Akbar in 1571. Declared as the heritage site in 1986, the Redstone palace complex houses monuments, residential and religious monuments, administrative courts, living areas for the army and servants, and one of the largest mosques, the Jama Masjid. Marked as the capital city of the Mughals for a decade, a trip to Fatehpur Sikri is one of the best things to do in Agra. 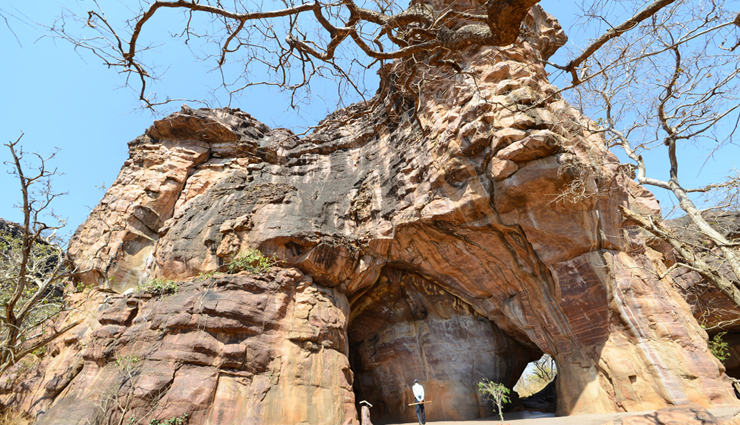 Located on the foothills of the Vindhya mountains, the massive sandstone rock shelters of Bhimbetka display paintings from the Mesolithic period. Recognized as one of the prominent UNESCO Heritage sites in India, the natural rock shelters span across the sprawling stretch of 10 km. With about 750 caves spreading over seven hills, the paintings on the walls have a deep resemblance to the cultural traditions of the tribal inhabitants of the twenty-one villages adjacent to the site which in itself is an example of its cultural value. 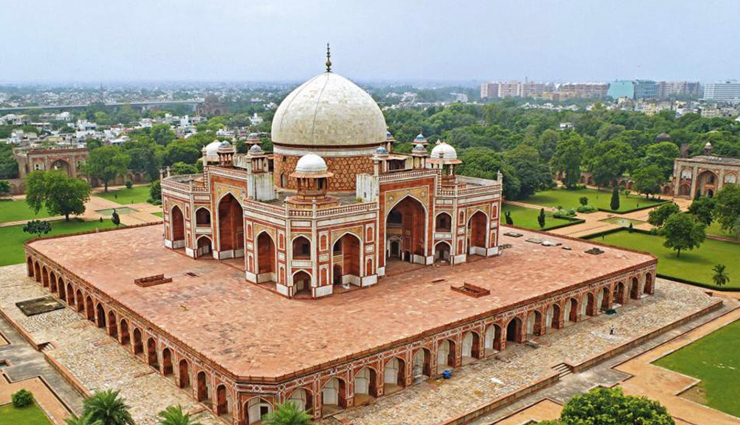 One of the spectacular tombs in Delhi built during the Mughal era, the Humayun's Tomb is a perfect example of gorgeous Persian and Islamic architecture. Known as Maqbara-e-Humayun, there are around 150 tombs in the entire Humayun’s tomb complex that are built with red sandstone, white marble domes. Commissioned by Hamida Banu Begum in 1565 AD, the construction of the tomb was completed by Humayun's son Sayyid Muhammad ibn Mirak Ghiyath Ud Din in 1572 AD. 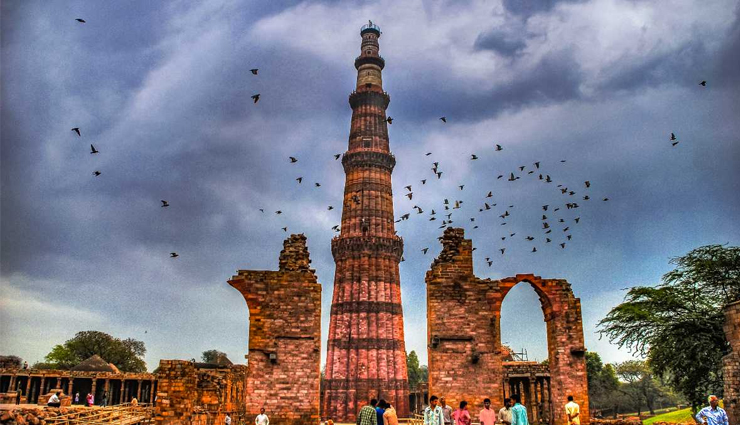 Built-in the 13th century by Qutab-Ud-din Aibak after the defeat of the last Hindu kingdom, Qutub Minar stands tall at the soaring height of 73m in the Mehrauli region of the capital city. Also known as the tower of victory, this 5 storey minaret signifies the beginning of the Muslim rule in India and is the major highlight of the Qutub complex which is recognized as the prominent UNESCO Heritage site in India. The complex houses other significant monuments like Quwwat-ul-Islam mosque, Alai Darwaza, Alai Minar, and the tomb of Iltutmish which highlight the rich history of Delhi. 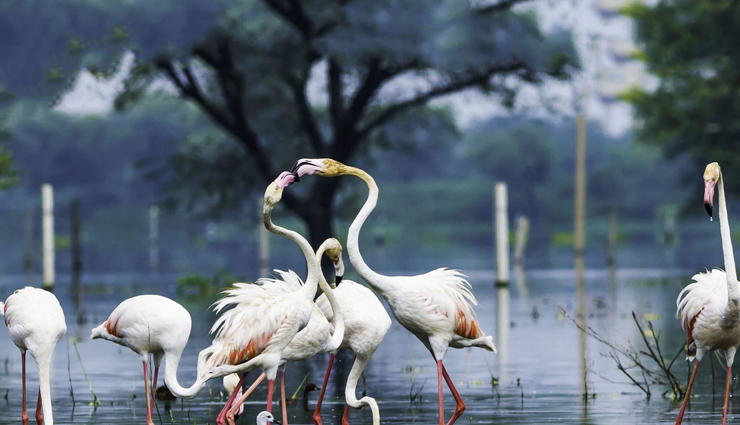 With a large number of birds, animals, and aquatic species thriving together in the ecological environment of Keoladeo National Park, it has been acknowledged as one of the best national parks in the world. Formerly a popular hunting ground for the royal family of Bharatpur around 250 years ago, the park was declared as a sanctuary in 1976. Also known as Bharatpur Bird Sanctuary, it became a heritage site in 1985 owing to the antiquity and montage of features.