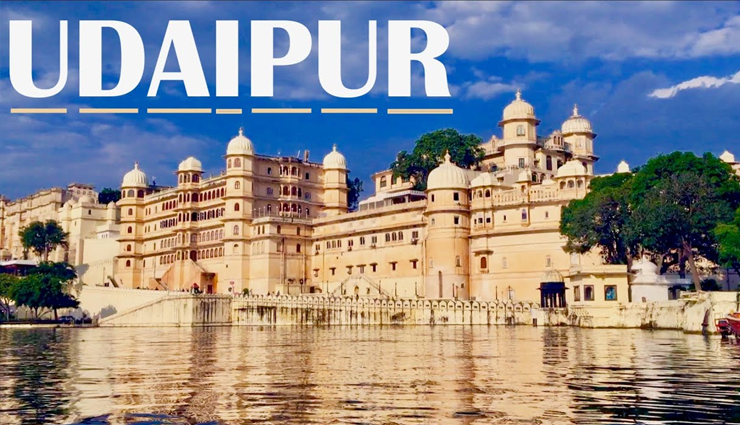 Popular as ‘The City of Lakes’, Udaipur is known for its rich heritage, royalty, and extravagance. From serene lakes to majestic architecture and delectable cuisines, the city has everything to appeal to visitors. A heritage tourist place and a shopper’s paradise, the city is famous for its miniature paintings, ethnic wear, colourful traditional handicrafts, and leather bags. This historically and culturally rich city is also one of the most popular wedding destinations. With greenery in abundance and picturesque lakes all around, Udaipur tops the list of most beautiful places to see in Rajasthan.

Here are some of the major tourist attractions in Udaipur that let you experience its exquisite charm: – 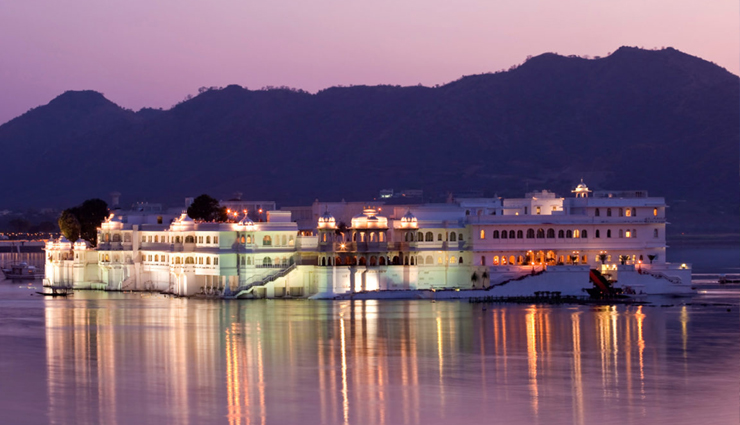 Earlier known as Jag Niwas, Lake Palace is one of the most romantic and royal hotels in the world. Also famous as a wedding destination, Lake Palace is one of the best places to visit in Udaipur in the evening. Located on Jag Niwas Island in Lake Pichola, this magnificent palace was built by Maharaja Jagat Singh II in the year 1746. Later, it was converted into a hotel in the year 1960 and is now a part of Taj luxury resorts. 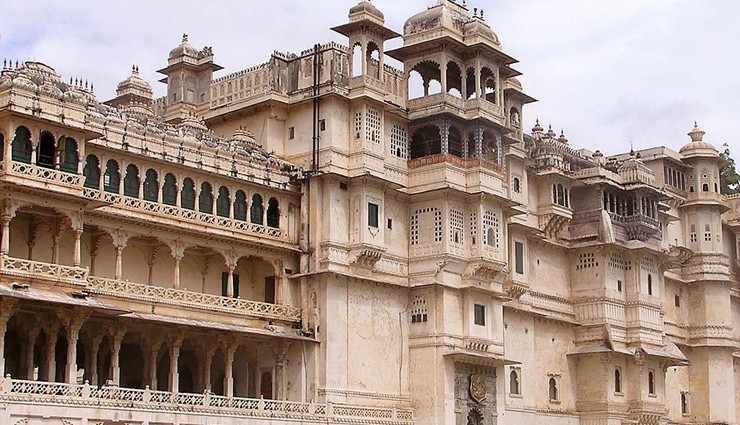 One of the largest palaces in the state, City Palace is one of the best places to visit in Udaipur. Built over 400 years (yes, you read that right!), the magnificent architecture of the palace is an asseveration to the royal realm of Rajput dynasty. Situated on the east bank of the Lake Pichola and perched on a hill, the City Palace is an amazing representation of both Mughal as well as Rajasthani architectures. Colourful mosaics, exquisite mirror work, Mewari paintings, and stained-glass windows, the palace offers a myriad of breathtaking glimpses to visitors. 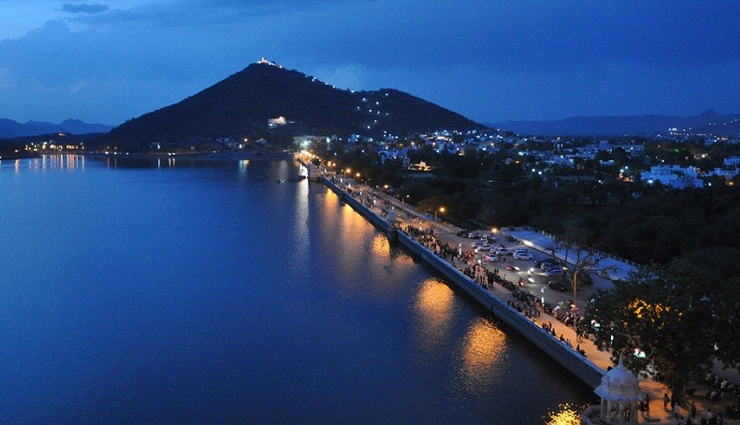 This beautiful artificial lake is situated amidst hills and forests. It consists of three islands, each with well-maintained and beautiful public parks. Visitors can reach there through a boat ride. Built in 1678 AD to the north of Lake Pichola, Fateh Sagar Lake is the perfect place to visit in Udaipur in the evening as the view of this place gets even better at sunset! 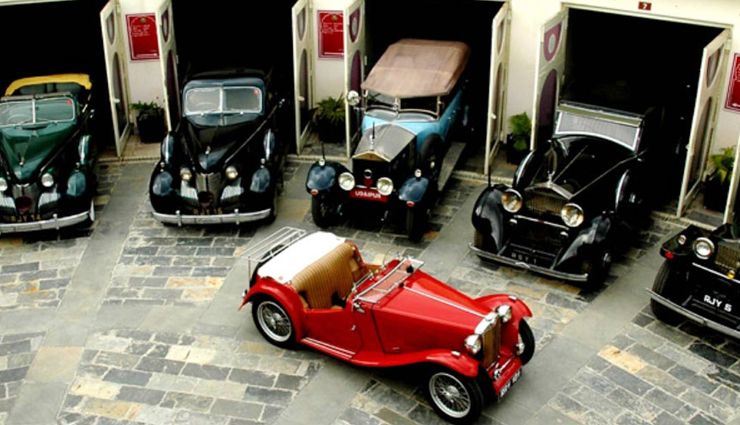 A paradise for vintage car lovers, Vintage Car Museum describes the brilliant history of the Mewar kingdom. A major tourist attraction in Udaipur, this museum presents a huge collection of classic and gorgeous cars. The Vintage Car Museum provides a golden opportunity for car lovers to get a glimpse of care and maintenance of these old cars which had been shown in several movies and TV shows. The car museum also gives you a chance to witness how grand and amazing lifestyle, our kings used to live back then. 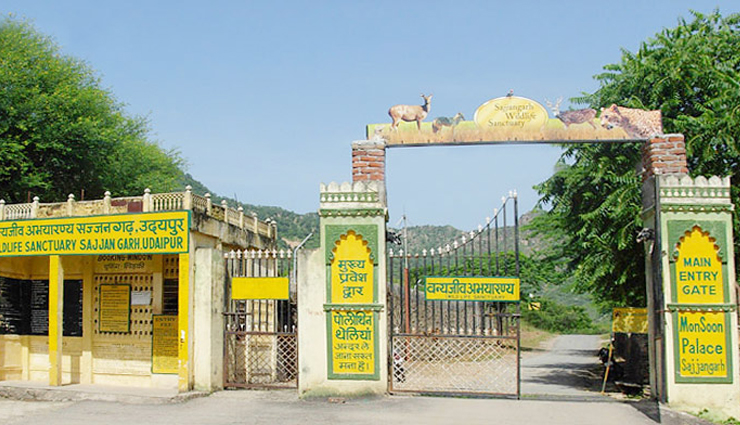 Built in the year 1987, the Sajjangarh Wildlife Sanctuary is one of the best places to visit in Udaipur. Spread within an expanse of 5.19 square kilometres, it was once a shooting preserve of the kings and rulers of Udaipur. The sanctuary is protected by a rock-solid wall of Kishan Pol. It is facilitated with a good road network to make accessibility easier to different parts of the Safari Park. The top attraction in this wildlife sanctuary includes Lake Bari that is also known as Jiyan Sagar. 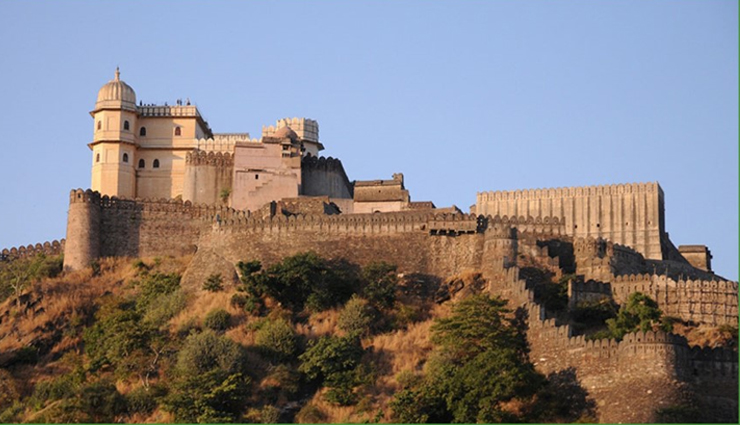 Situated around 64kms away from Udaipur, this magnificent fort is an architectural astonishment in this city. Known as one of the most extravagant palaces, Kumbhalgarh Fort is one of the best places to explore in Udaipur. With a huge wall stretched over 30kms, the massive fort is famous for being the largest wall after the Great Wall of China. Visitors can get a chance to enjoy the amazing light and sound show that is held at this fort at night. The show provides tourists with an opportunity to witness the colourful performances that represent the rich history and culture of the Mewar realm and the Kumbhalgarh Fort. 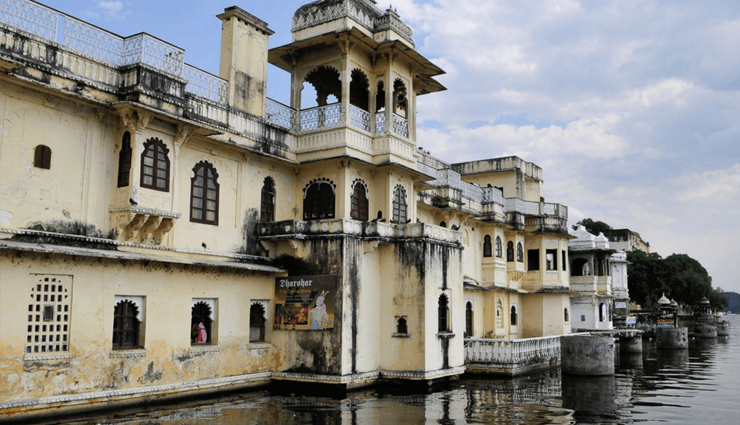 Situated on Gangaur Ghat near Lake Pichola, this is one of the oldest Havelis in the region that is famous for its spectacular view of the lake. Bagore Ki Haveli is also known for its antique monuments and display of the ‘world’s biggest turban’! The Haveli has some of the best galleries that showcase the Rajputana history and heritage. With 100 rooms, each room in Bagore Ki Haveli presents architectural excellence. It is one of the best places to visit in Udaipur where you can get a chance to see ancient mirror works, hukka, jewellery box, dice games, copper vessels, and nutcrackers. 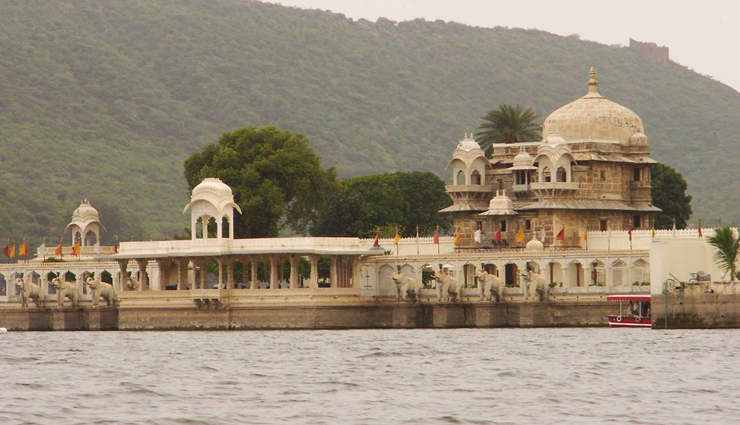 Built on Jagmandir island in Lake Pichola, it is famous for exquisite interiors and architectural structures. The intricate marble sculptures and the majestic sights of the lake from the palace are satiating, to say the least. You can also find several intriguing pieces of works inside the Jag Mandir that include marble elephants, Zenana Mahal, garden courtyard, Gul Mahal, 12 stones palace, and a lot more. This is one of the best places to visit in Udaipur in the evening when the place is lit with lights, offering a mesmeric treat for your eyes. Jag Mandir is also famous for its grand solitude and serene boat rides.

7 Religious Places One Must Visit in North India...

6 Must Visit Attractions in Thrissur, Kerala...

6 Must Visit Beautiful Places in Darjeeling...

6 Best Things You Can Experience Only in India...

6 Must Visit Tourist Attractions in...

10 Places That are Just Perfect...

9 Train Journeys Around The World...

6 Most Romantic Places To Explore...