Here Is How Holi Is Celebrated In Jaipur, Rajasthan 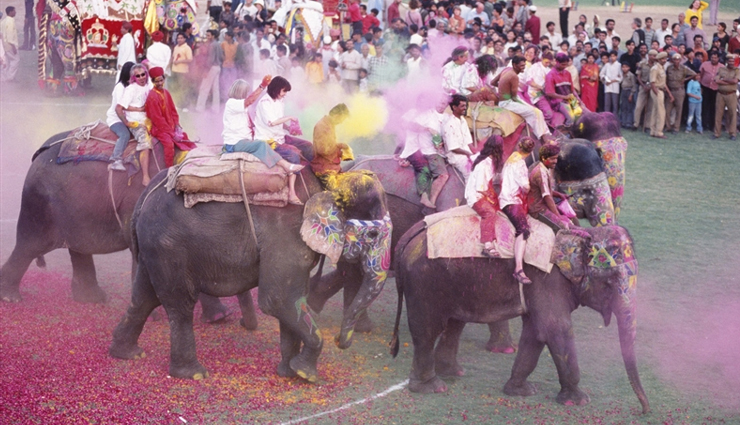 The festival of Holi transports you to the opulence and grandeur of the land of royalty and maharajas. Jaipur has a great association with the vibrant and colorful festival and many events are organized around this time as it is the tourist season too. Most hotels organize private festivities on Holi for their patrons.

The capital of Rajasthan boasts of a rich and resplendent heritage with a glorious culture. Holi is the festival of colors and Jaipur is covered in a rainbow colored cloud for the festival. Holi is not just about the colors but also the Holi bonfire that is burned in the evening prior to the color festival. The fire signifies the burning of evil, whether intent of ideas or emotions. The next morning is the day of colors but it is not just the ‘Gulal’ or ‘Abeer’ but also increasingly celebrated with flowers and natural colors.

All the major hotels as well as the city are transformed into a colorful paradise with bright shades of magenta, orange, red, green and even purple. Brightly lit markets and shops beckon one and all tempting them with sweet temptations. Ghewar is the traditional sweet of Jaipur and Ghujiya is the most popular sweet associated with Holi. LMB or Laxmi Misthan Bhandar is the oldest and most famous sweet shop of Jaipur at Jhori Bazar. 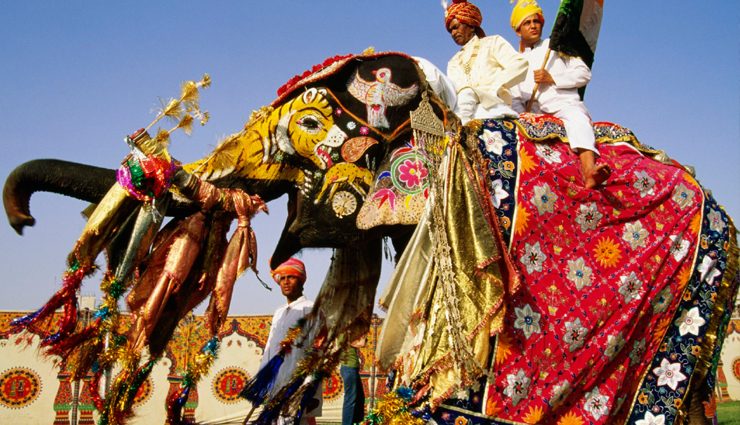 Holi in Jaipur is also famous for its Elephant Festival which is held a day prior to Holi. It is held at the Chaugan Stadium in the heart of the city but due to protests of animal cruelty it was cancelled in 2013. Yet even without the parade these majestic animals add splendor and royalty to the festival as they are decorated with colors and intricate motifs on their trunk, forehead and ears and decked in finery. They are available for rides around the city at many spots.The security is beefed up in the city with a lot of police presence on the streets a day prior to the Holi festival.

The evening before Holi is dedicated to Holika Dahan and most crossing of the city have a heap of wood, cow dung and hay in the form of a large pile. This is the traditional burning of the evil Holika who tried to kill her brother Prahlad and died instead. This is symbolic of burning the evils thoughts and being purified by the fire. 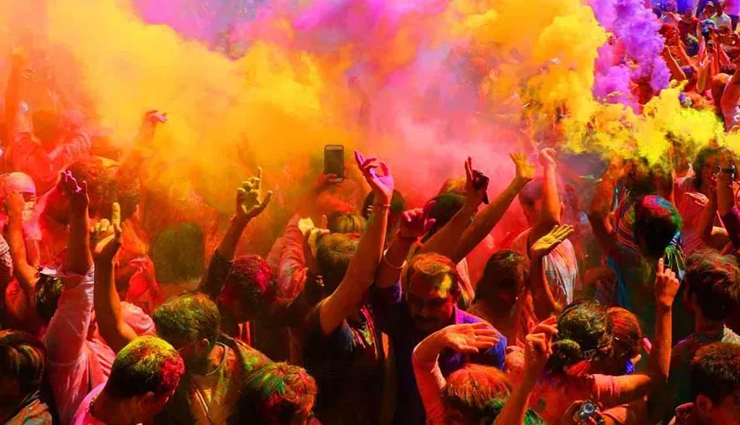 The next morning brings with it the multicolored fiesta of Holi. People across the city gather to smear color powder and colored water on each other to the loud chants of “Holi Hai!” The city is drenched in gulal, powder colors and liquid colors of all shades possible.

The festivities are held at various public as well the private hotels and resorts across the city. People make sure to color everyone in as many shades of the rainbow as possible even though in the end the colors turn a dark purple or brown. The more popular trend is of playing Holi with flowers and petals, it has gained acceptance and favored by the older lot. Many of the hotels offer their patron a choice on the type of Holi they want to play - with colors or flowers.