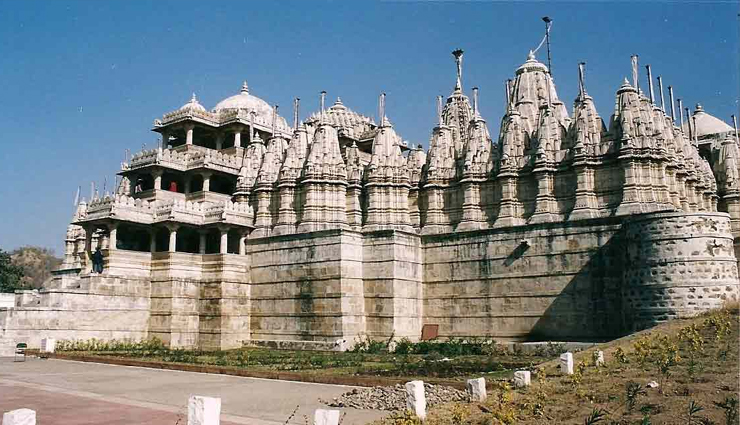 The Dilwara Jain Temple is a grand Jain temple built by Vimal Shah in Mount Abu in Sirohi district, Rajasthan, in the 12-13th century AD. It is said that the stone was brought on elephants from Patan in Gujarat to make it. Due to which 400 elephants sacrificed their lives in bringing stones. The rich businessman Vimal Shah felt very sad about this.He said that seeing this temple in future, people will remember the king and mine here, but who will remember the sacrifice of these hundreds of elephants. That's why Vimal Shah built an elephant temple in the Jain temple complex at the same time, which has huge sculptures of elephants, which shows the sacrifice of elephants in temple construction. 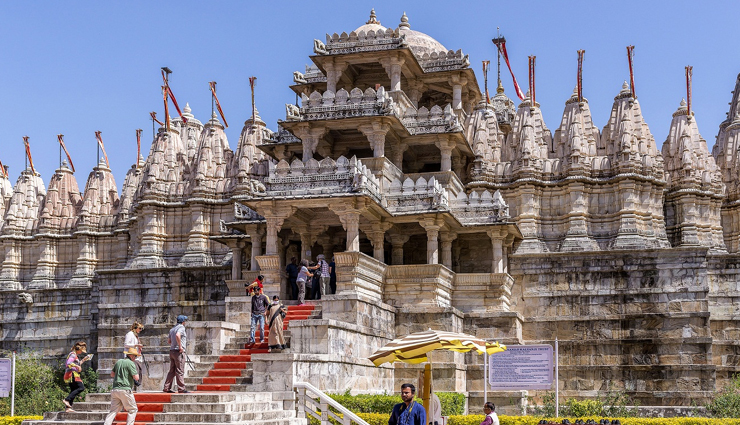 This temple was built by the Chalukya dynasty in the 11th and 13th century AD. Even though this temple looks very common from outside, but the extraordinary darbajo of their entrance shows its architectural superiority.The roof, door, pillar and panel of this temple have very finely carved decoration, which shows the uniqueness of its architecture. The most surprising thing of this temple is that at that time there was no facility to carry such huge blocks of marble at a height of 1200 meters. Elephants were then used to carry marble from Ambaji to Mount Abu on their backs.

The architecture of Jain temples is inspired by the city style and is a collection of ancient manuscripts. The Dilwara temples include five temples of the same size, and are all single storeyed.There are a total of 48 pillars in all the temples with beautiful figures of women in various dance postures. The main attraction of the temple is the 'Ranga Mandap' which is the dome shaped roof. It has a chandelier-like structure in the middle of its roof, and sixteen statues of Vidyadevi made of stone, the goddess of knowledge. Other designs of carving include lotus, deity and abstract patterns. 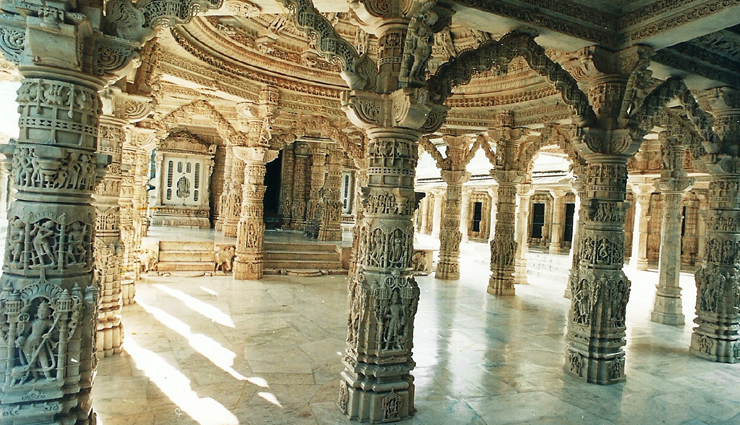 Jain temple is open from 6 am to 6 pm for Jain devotees and it will be open from 12 noon to 6 pm for people of other religions. Before going here, keep in mind that no tourists and pilgrims are allowed to take photographs in the temple premises in this temple.

If you are going to visit or visit the Dilwara temple, then tell that no fee is charged for entering these temples.

If you are going to visit Dilwara temples, then tell you that Mount Abu has good weather throughout the year. Although the months of April to June are hot. But the monsoon and winter season make this place very good to visit. Because neither this place gets too cold nor rains too much.