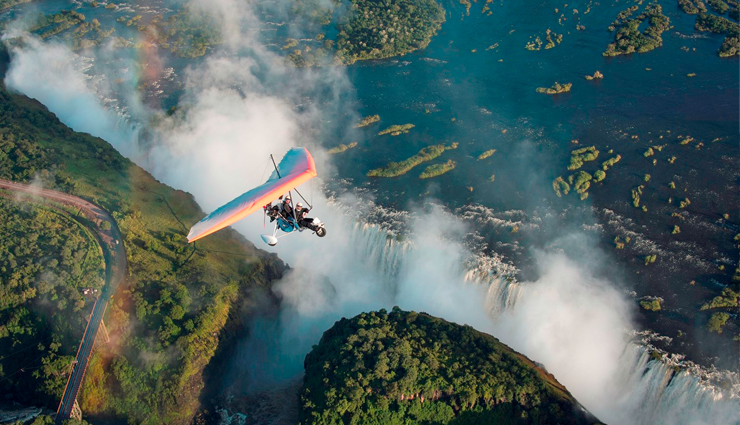 Africa is home to vast stretches of unspoilt nature and landscape filled with rich wildlife, varied landscapes, and eclectic cultures. The land is thus full of wonders, but seven among these wonders feature above the rest and were selected by popular voting. Here, we present the list of the Seven Natural Wonders Of Africa. 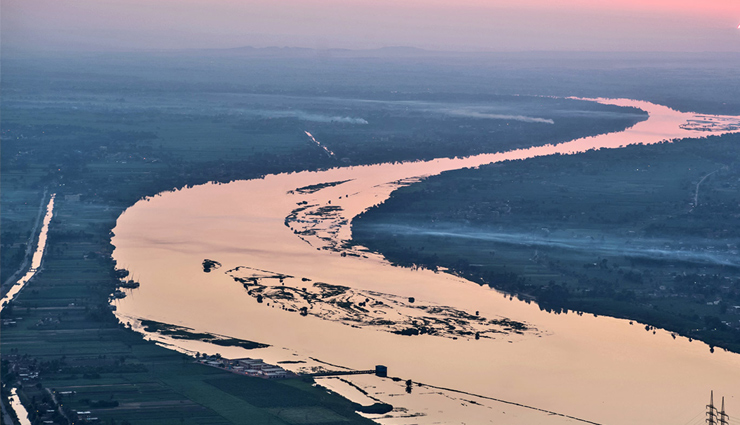 The list of Seven Wonders of Africa could never be complete without the mention of the Nile River, the longest river in the world. The Nile is s north-flowing river in northeastern Africa. The 4,145 Nile is shared by 11 countries of the world, and in Sudan and Egypt, it is the primary source of water for the entire populations. The Nile Rive ends in a large delta before draining into the Mediterranean Sea in Egypt. It is this river that gave birth to and nurtured the Egyptian civilization and the Sudanese kingdoms. Most of the major historical and cultural sites of Egypt are thus based along the banks of the Nile River. 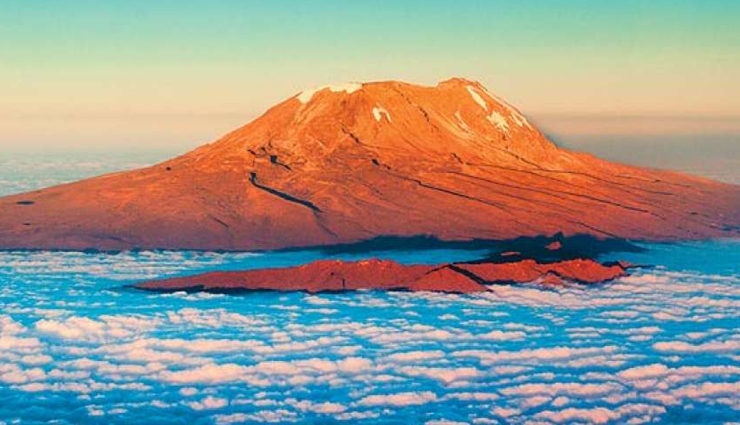 A dormant volcano in Tanzania, Mount Kilimanjaro is the highest mountain in Africa. The mountain rises about 16,000 feet from its base to attain an altitude of 19,341 feet above sea-level. The mountain is the central feature of the Kilimanjaro National Park and is also a popular climbing destination. Mount Kilimanjaro is the world’s highest volcano outside of South America. The stratovolcano features three distinct cones, the Kibo, Mawenzi, and Shira. There are official trekking routes leading to the peak of the mountain. Among these routes, the Machame is regarded as the most scenic one. Although the trek to the summit of Mount Kilimanjaro is not as difficult as climbing the Himalayan or Andes peaks, deaths are not uncommon. Hence, the climbers are requested to adhere to certain guidelines set by the government to maximize the chances of a safe climb to the top of Mount Kilimanjaro. 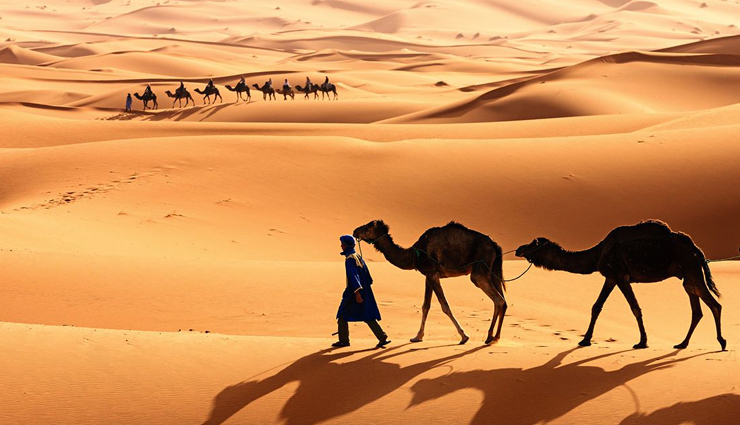 The Sahara Desert is the world’s third largest desert after the cold Antarctic and Arctic deserts. Among the hot deserts of the world, however, the Sahara ranks the highest. The size of the desert (3,500,000 square miles) is comparable to the size of the United States. The Sahara Desert covers much of North Africa with the exception of the Mediterranean Sea coast, Egypt and Sudan’s Nile Valley, and the Atlas Mountains of the Maghreb. The arid desert is not completely lifeless. Several species of fox, addax, dama gazelle, Saharan cheetah, monitor lizard, sand vipers, African wild dog, red-necked ostrich, desert crocodiles, Saharan silver ant, dromedary camels, and goats call the Sahara Desert their home. The desert is also home to several wandering tribes or nomads while some settlements can be found in the oases of the desert. Several tourist activities like camping, wildlife-viewing, cultural tours, and camel rides, are arranged in certain sections of the Sahara Desert under expert guidance by those who know the desert well. 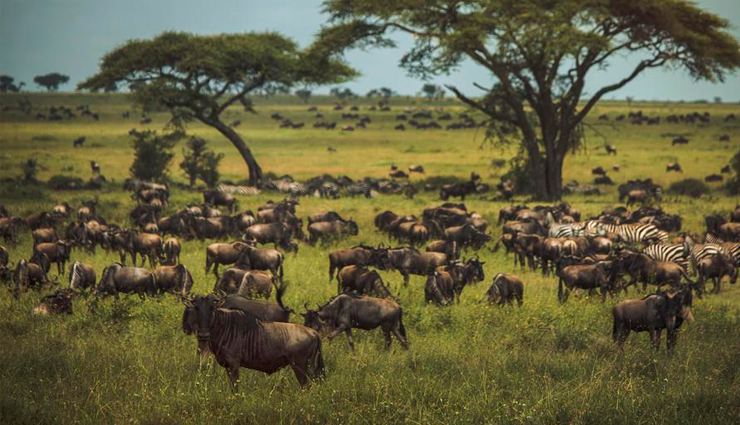 The Serengeti is an African ecosystem that extends from northern Tanzania to south-western Kenya. The Serengeti in Kenya is known as the Maasai Mara. The ecosystem hosts the world’s largest terrestrial mammal migration. The ecoregion is divided into several game reserves and the Serengeti National Park in Tanzania. Besides lions, 70 species of large mammals and 500 species of birds also live here. The landscape of the Serengeti is varied and features grasslands, woodlands, riverine forests, swamps, and kopjes. 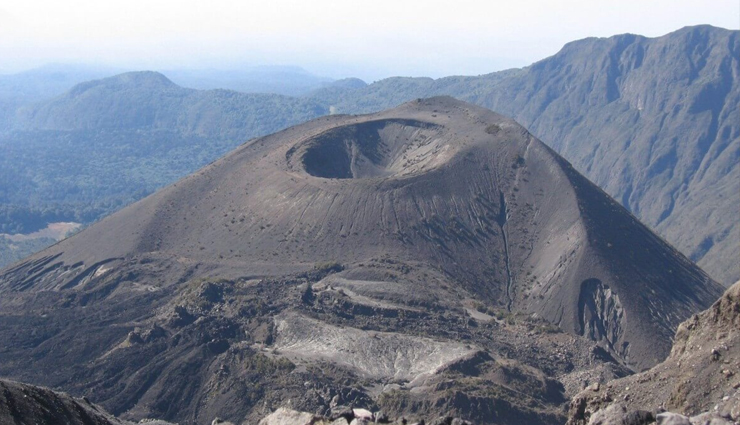 The Ngorongoro Crater is the main feature of the Ngorongoro Conservation Area, a World Heritage Site and protected located west of Arusha in Tanzania. The Ngorongoro Crater is the biggest inactive and intact unfilled volcanic caldera in the world. The crater was formed nearly 2 to 3 million years ago when a massive volcano exploded and collapsed on itself. The eastern side of the crater highlands is covered by montane forest while the western wall which receives low rainfall has a landscape dominated by grassland and bushland. The floor of the crater is open grassland, and two fever tree dominated small wooded areas. Due to its unique properties, the Ngorongoro Crater is also regarded as one of the Seven Wonders of Africa. 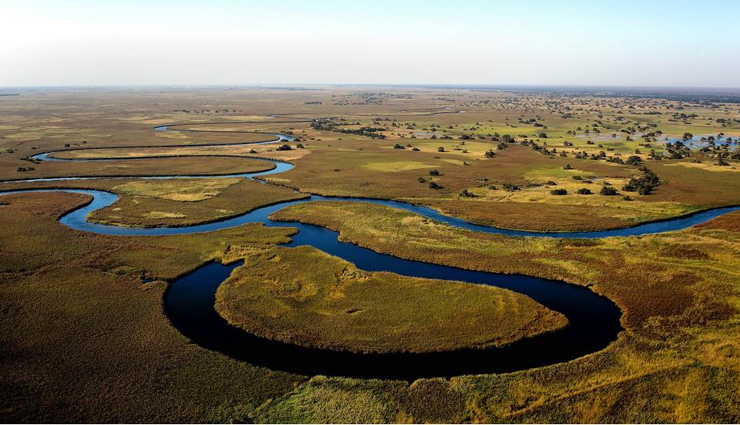 The Okavango Delta is a massive stretch of swampy, inland delta that exists where the Okavango River reaches a tectonic trough. The delta is located in the central region of the Kalahari’s endorheic basin. The water of the river never reaches the ocean and evaporates during the dry season. On the eastern side of the Okavango Delta is the Moremi Game Reserve. The region hosts a great diversity of wildlife including the African bush elephant, hippopotamus, South African cheetah, Southwest African lion, African buffalo, greater kudu, rhinoceroses, chacma baboon, and more. Due to its magnificence and scale, the Okavango Delta has been declared as a UNESCO World Heritage Site. 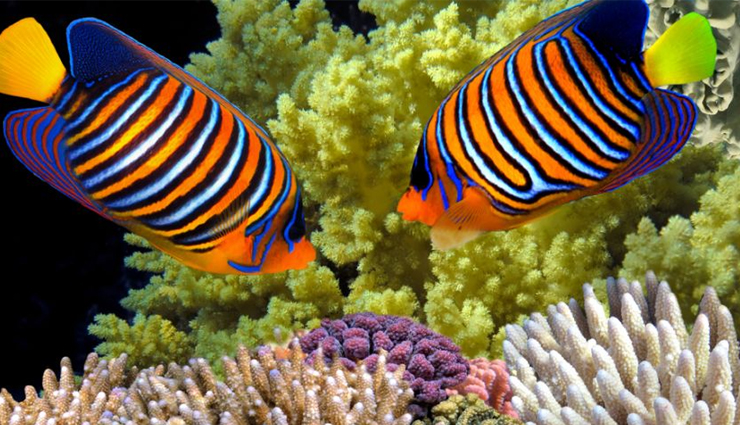 The Red Sea is an inlet of seawater in the Indian Ocean that is located between Asia and Africa. The Gulf of Aden and the Bab el Mandeb strait connects the Red Sea to the ocean. The sea is underlain by the Red Sea Rift which has been selected as one of the Seven Wonders of Africa. The Red Sea occupies an area of 169,000 square miles and is 1,400 miles long and 221 miles wide. The Red Sea's maximum depth is 7254 feet. The extensive network of shallow shelves of the Red Sea is noted for the corals and marine life. Over 1,000 species of invertebrates and 200 hard and soft coral species live in the Red Sea. Around 10% of the more than 1,200 species of fish found in the Red Sea are endemic in nature. The fringing coral reefs of the sea are about 5,000 to 7,000 years old and formed primarily of porites and acropora corals. The reef habitat is associated with various features like platforms, lagoons, cylinders, etc. Nearly 44 species of sharks visit the reefs of the Red Sea.