The Beauty Of These Libraries Will Force You To Become Bookworm

Libraries often act as such cultural gathering places, whether enshrining masterpieces or hosting present-day events. Visitors turn up at the museum-like Marciana Library in Venice to admire works by Renaissance artists like Titian and Tintoretto. In Stuttgart, Germany, meanwhile, the library’s exterior lights up by night, and you can join locals for readings in the mod all-white interior or for drinks on the roof terrace.

If you prefer your library to look like something out of Harry Potter, set your sights on the medieval reading room at Oxford University’s Bodleian library. Kings and Nobel Prize winners have studied beneath its intricate wood-paneled ceiling. The collection includes beautiful rare maps, a Shakespeare First Folio, and a copy of the Gutenberg Bible. 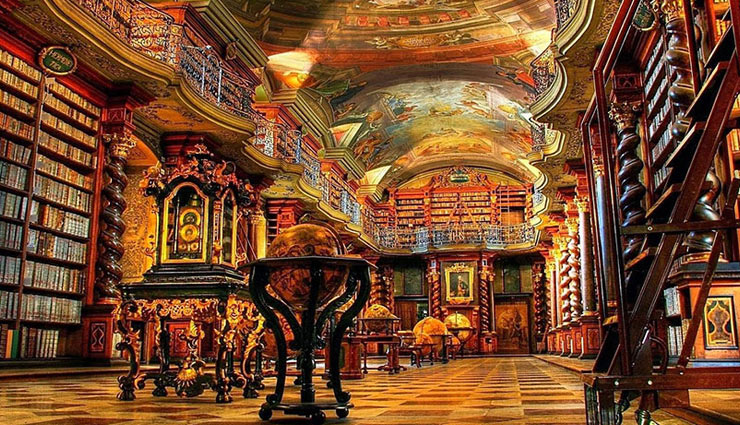 The baroque Library Hall, with its rare gilded globes and spectacular frescoes depicting science and art, is just one building in the vast Clementinum complex. Legend says the Jesuits had only one book when they started building the library in 1622; when they were done, the collection had swelled to 20,000 volumes. 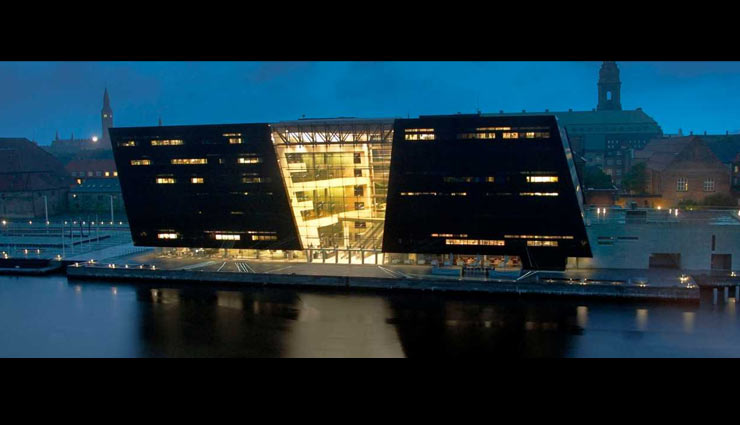 Known as the Black Diamond, this neo-Modernist building was built in 1999 as an addition to the Royal Library’s original complex. Its striking steel, glass, and black granite structure contains a concert hall, a popular café, and exhibition spaces. The Black Diamond treats visitors to spectacular harbor views and a ceiling fresco by one of Denmark’s most famous artists, Per Kirkeby. Guided tours are available on Saturdays. 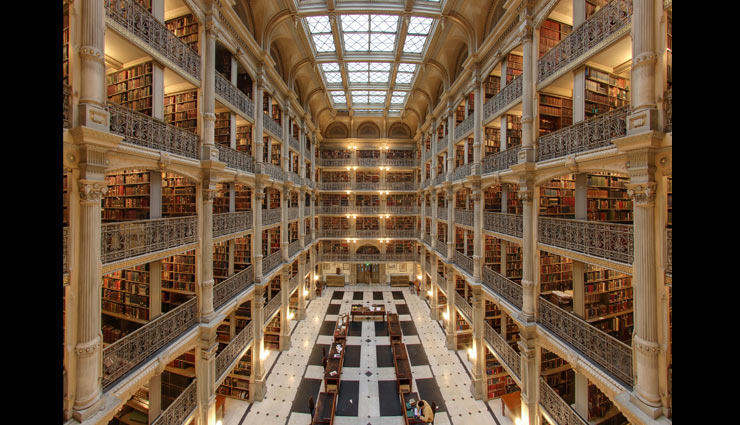 The Peabody Stack Room’s five-tier soaring atrium has wrought-iron balconies and columns so graceful that Nathaniel H. Morison, its first provost, called it a “cathedral of books.” It’s one of America’s most beautiful college libraries, with a setting so gorgeous that weddings and special events are often held here. Bibliophiles come not only for the design but to browse 18th- and 19th-century volumes of archaeology as well as British and American history and literature. 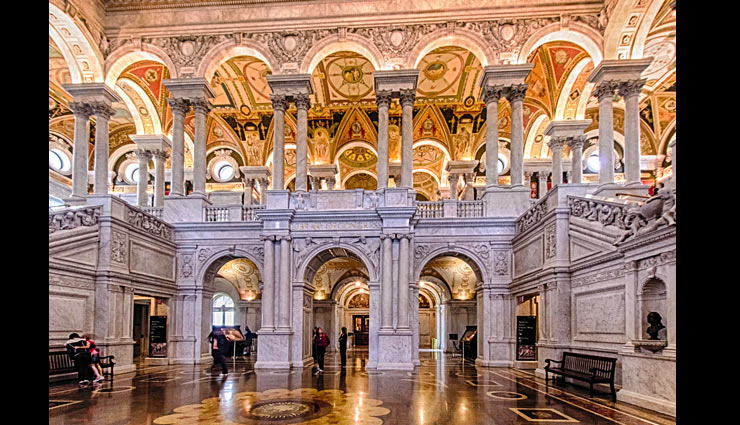 When the original library burned down in 1814, Thomas Jefferson seeded a new one with his own much broader collection of books. Minerva, the Roman goddess of wisdom, stands guard in mosaic form above the main reading room, and scrolls, books, and torches pop up throughout the Library of Congress. Highlights include the main reading room, the Gutenberg Bible (one of 42 left in the world), and free classical concerts. Open Monday to Saturday. 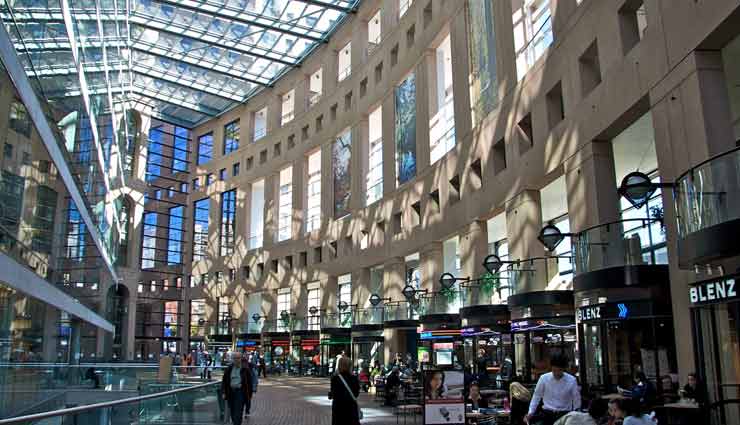 Architect Moshe Safdie’s creation resembles a modern-day Colosseum. You enter the Central Library through a huge skylit concourse, which contains shops and cafés and acts as an urban gathering point. Bridges inside the library connect to reading and study areas in the outer walls. Plans are under way to reclaim two of the building’s top floors from other tenants in order to expand the rooftop garden and make it accessible to the public. Open seven days a week.