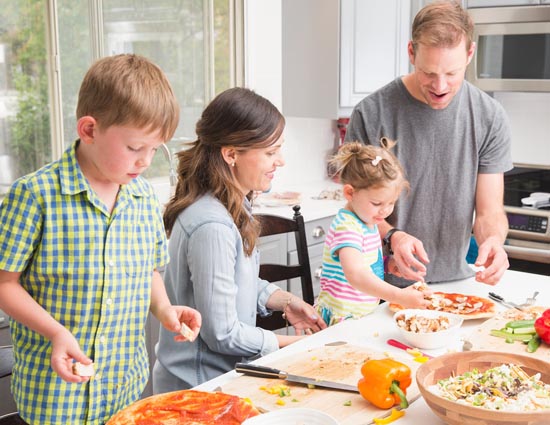 It is very difficult to decide something new to cook daily. And if you are a working women, then this is gong to be very very difficult. It is very tough to handle office and home all together, but if you act smart you can handle it all. Here are some quick recipes that you can try for those busy Weekdays- 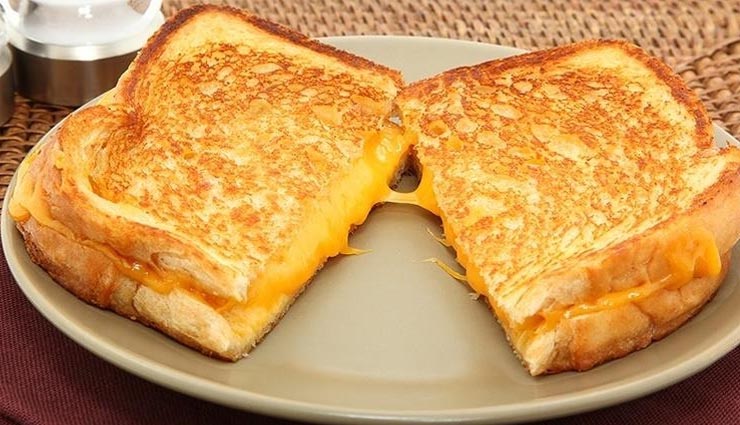 * Spread a thin layer of yellow mustard on one side of two pieces of bread. Arrange thickly sliced mild cheddar cheese and thinly sliced tomatoes on top, and close sandwiches with two more slices of bread.

* Melt 2 tablespoons of butter in pan--cast iron, if you've got one--over low heat. (If the pan is too hot and the butter smells burnt, pour it out, lower the heat, and throw a new pat of butter in.)

* Place the sandwiches in the pan and cover. Cook until the cheese begins to melt and the piece of bread that's pan side down turns golden brown, about three to four minutes.

* Add a second tablespoon of butter to the pan and distribute evenly, flip the sandwich and cook for another three to four minutes, or until cheese is melted through. 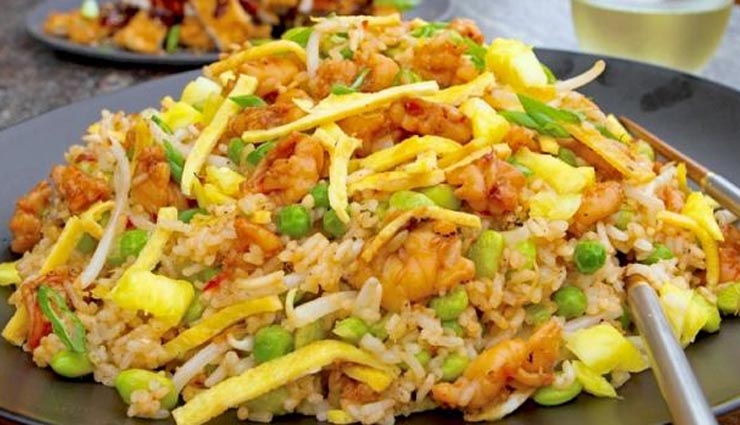 * Cover chicken with teriyaki sauce and marinate for at least an hour, or as long as overnight. Remove from marinade, heat oil in pan and sauté chicken until cooked through, about 7 to 8 minutes per side. Cut into diagonal slices, about two inches thick.

* Prepare all of your ingredients before starting to cook--do your chopping and dividing and slicing first thing. While you do this, let your steak come to room temperature. Preheat your oven to 400 degrees.

* Heat a heavy skillet to medium-high and coat your steak in a bit of the oil. Salt and pepper to taste.

* Place your steak in the hot pan, and let cook for five minutes on each side. Remove from pan and transfer to the oven (transfer to a cast iron grill pan, if you have one, or just another oven-proof pan).

* Heat remaining oil in the original steak pan, which should still be on medium-high heat.

* Add remaining ingredients, through teriyaki sauce, one at a time, sautéeing for 15 to 30 seconds each time you add an ingredient. Cook, stirring frequently, for about 5 minutes or until everything is heated through and the portions in contact with the pan become a little bit crispy. Stir again, and turn heat to very low to keep everything warm.

* Remove steak from oven and check for doneness; if it's pinker than you prefer, pop it back in for a minute or two more. If it's done, let it sit for five minutes, then slice thinly.

* Remove fried rice from stove. Arrange steak on top of adult portions, and sprinkle sesame seeds and sliced scallions over the plates before serving. 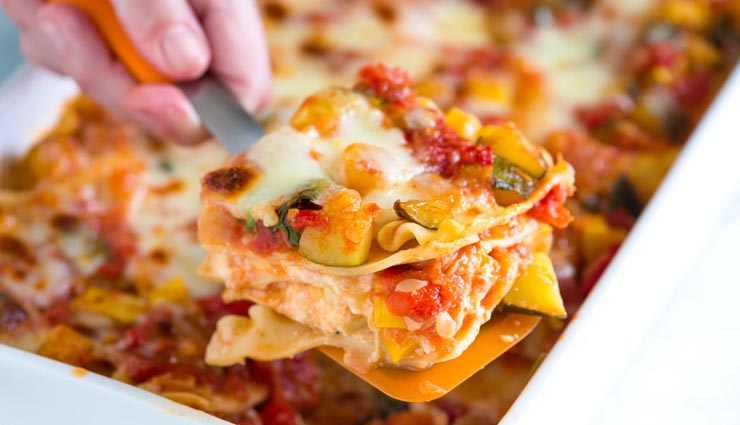 * Preheat the oven to 450 degrees. Quarter the eggplant and halve the zucchinis lengthwise, then slice into 1-inch slices. Toss well with olive oil, sea salt and black pepper. Spread evenly across a baking pan and roast in oven for 40 minutes, tossing a few times throughout. Remove from oven and set aside. (If you're puréeing a portion of the vegetables to sneak into the kids' sauce, do that and add it in now.) Turn the oven down to 375 degrees.

* Boil a large pot of water, and cook the lasagna until it's just tender. Drain and pour into a bowl of ice water.

* Stir the ricotta, eggs, parmesan, salt and pepper to taste, and a dash of nutmeg in a large bowl.

* Spread a thin layer of sauce over the bottom of a greased 13x9x2 inch lasagna pan. Layer the pasta on top of that, overlapping a bit. Spread one third of the ricotta mixture on top of the pasta, and cover that with a layer of the roasted vegetables. Leave a section without vegetables if you're omitting them for the kids, or use the puréed vegetable-tomato sauce mixture in place of the plain tomato sauce in a designated section of the pan.

* Continue to layer in this way until you have four layers of pasta and three layers of filling. Spread any remaining sauce or ricotta mixture on top, and distribute fresh tomato slices and olives on top of that, omitting on the kids' portion, if so desired.

* Sprinkle with remaining mozzarella and a small amount of parmesan.

* Cover the pan with foil and bake for 30 minutes, then uncover and bake for another 15. Remove from oven, let stand for 10 minutes and serve. 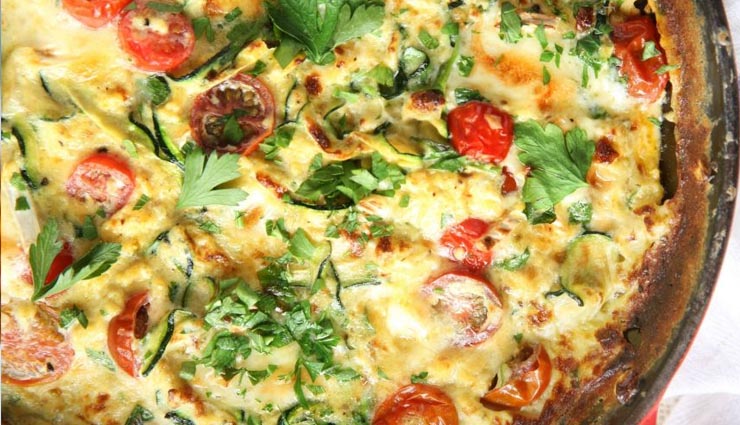 * Pour about two tablespoons of oil into a cast iron pan (eight to ten inch diameter) over medium-high heat.

* Whisk eggs, milk, oregano, salt and pepper together in a medium-sized bowl. Pour a portion for the kids' scrambled eggs into a separate bowl. Set both aside for the moment.

* Sauté onions, green beans and mushrooms in cast iron pan, covered and stirring occasionally, until onions are translucent. Remove a small portion (enough for the kids) and set aside in a small bowl, covered to keep warm. Spread remaining vegetables evenly across the bottom of the pan.

* Mix cheddar cheese into the larger bowl of eggs, and pour over sautéed vegetables in the cast iron pan. Sprinkle blue cheese and most of the tomatoes (retaining a portion for the kids) on top of egg mixture. Arrange sliced mozzarella and sprinkle paprika on top. Cover pan, adjust heat to medium-low, and cook for about five to eight minutes.

* Uncover pan, and place in oven. Bake in oven for ten to fifteen more minutes, checking occasionally for doneness. The frittata will be firm enough that it doesn't actually jiggle when you move the pan around. Allow to set for five minutes after removing from oven, and serve.

* Meanwhile, for the kids, place another skillet on the burner and turn heat to medium-high. Drop a pat of butter on in, melt it and scramble the remaining eggs. Serve alongside sautéed vegetables and toast, and top the plate with a pile of sliced cherry tomatoes. 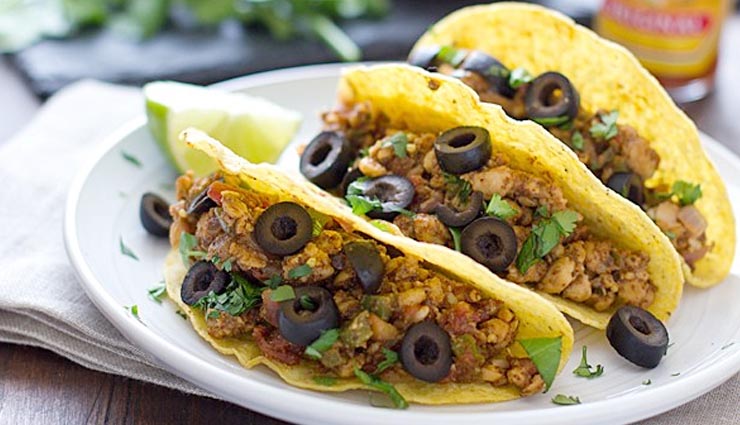 * Heat oil in a large skillet over medium heat, and chop the onion and red pepper. Add to pan, cover and cook until onions are translucent, about 3 to 5 minutes, stirring frequently.

* Add garlic and beans to pan. Cook for another minute or two, and then add the chili powder, oregano and a splash of beer or water to reach a consistency that suits you.

* Cook beans, stirring constantly, for another five minutes. Remove from stove and stir in fresh cilantro.

* Heat tortillas in oven or in a clean cast-iron pan.

* Place beans and tortillas alongside toppings and dinner is served.