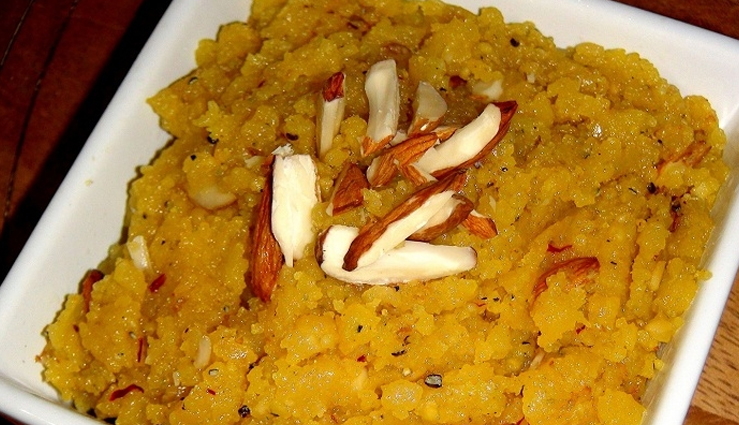 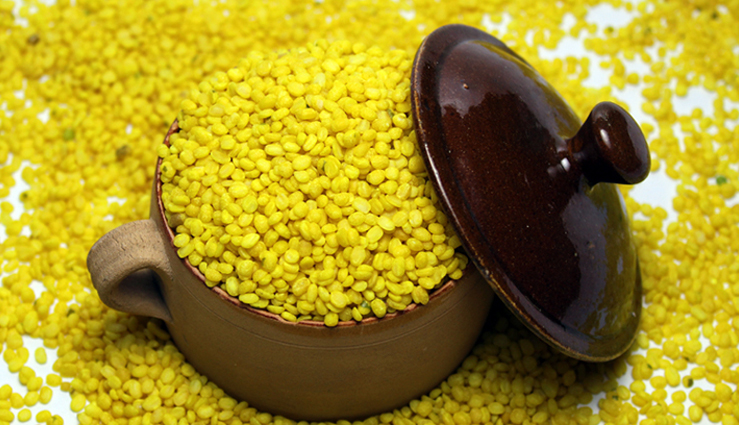 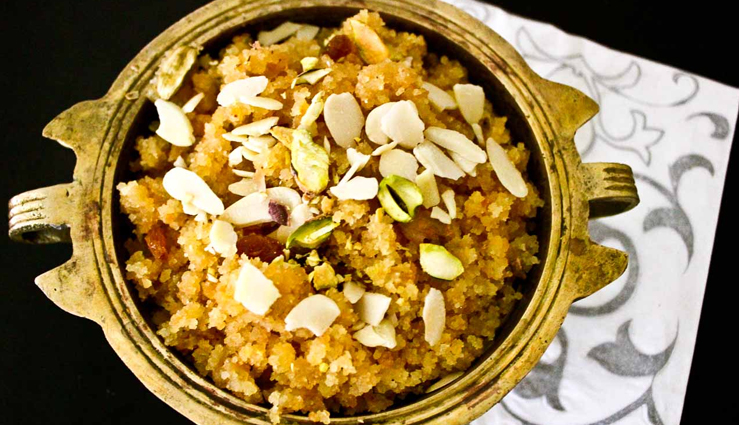 - Moong dal halwa is an easy but laborious process to make. First wash the moong dal with fresh water and then soak it in water for 4-5 hours.

- After 4-5 hours, drain the excess water using a mesh strainer and grind the moong dal to a coarse paste.

- Turn off the heat and keep it aside.

- When the besan starts to roast add the coarse masoor dal paste in it.Now, in Slow Heat cook the halwa. Remember that we will cook the halwa in slow heat unless it's cooking.

- Keep stirring the paste continuously for 30 mins. While stirring keep pressing the halwa down with your spatula to cook the halwa from inside.

- Keep stirring regularly otherwise lumps will form in the halwa.

- Cook, stir and press the halwa until it is golden brown and you can see the ghee is separating itself from the halwa.

- After that add sugar syrup and cook for another 4-5 minutes.

- Add some pistachio and almonds on it and serve hot.