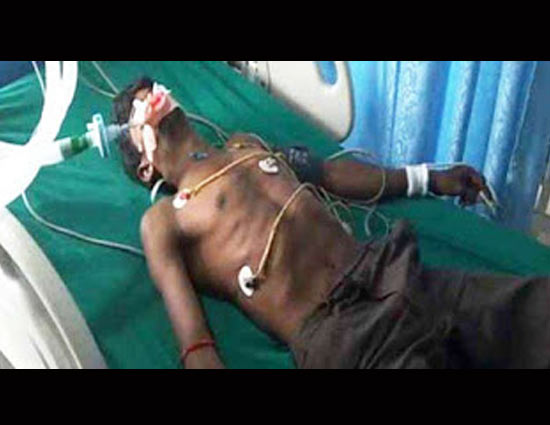 In a normal life, there are lot of bets about small things among friends, who loses,who wins, nothing matter. But a strange and stupid incident has emerged from Jalore, Rajasthan, which has become the headlines of every news website. A 28-year-old Bhavarbhai, in Jalore district, did something very stupid and life harming to win the bet with his friend. Taken up and risked up to life. In the roundabout of winning the bet with the enemy, he swallowed one and a half feet long iron swallowed in his stomach.

The blade had reached its liver and got trapped in the Swan tube. After swallowing the anxiety, he started having severe problems in breathing and wounds in many places in his stomach. According to reports, a team of 9 doctors took out the operation from Bhavarbhai's stomach but his condition is still critical and the man is battling life and death. One such case has happened in China even when hearing a condition of two people, a man decided to complete the condition and swallowed a blade and a 5-inch patch in the stomach. After winning the condition, he was immediately admitted to the hospital, blade and screw had suffered a lot of damage to his inner stomach and had to undergo emergency surgery.