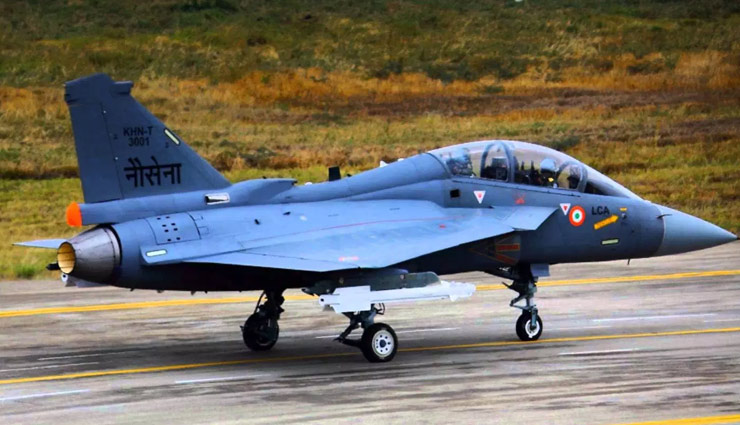 The maiden "arrested landing" of the naval variant of the Light Combat Aircraft (LCA) Tejas on Friday at a shore-based test facility in Goa was a "textbook landing", DRDO sources said.

The first naval prototype (NP-1) of the Naval LCA -- a twin-seater -- made a "successful landing" on a 90-metre stretch after being flown by a pilot for about 40 minutes, they said.

"A normal LCA needs a runway spanning about 1-km for take-off and landing. But, for the naval variant, the take off stretch is about 200 m and landing needs 100 m. Today, the NP-1 made its maiden arrested landing, and it was a textbook landing," a DRDO source said. 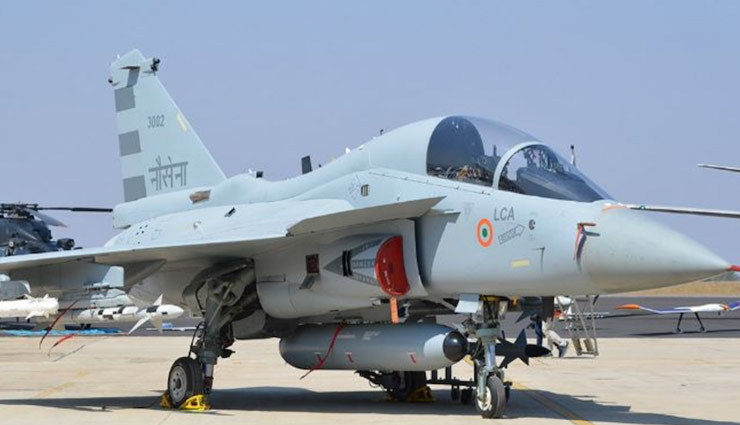 An arrested landing is one in which an aircraft on course of its landing is decelerated with the help of wires from underneath while it moves on the runway.

"The landing took place at our SBTF (shore-based test facility) at INS Hansa in Goa. The touchdown was at about 11:45 am and the landing was at a very steep angle. This will pave the way for this indigenous platform for a coordinated aircraft carrier landing in the future," the source said.

INS Hansa is the "only SBTF (shore-based test facility) in the country" and was operationalised between 2012-2014, a senior official said.

The aircraft was piloted by Commodore J A Maolankar, the chief test pilot for the project, and assisted on ground by Capt Shiv Nath Dahiya, the landing safety officer (LSO) and a flight test engineer, the sources said. An LSO gives clearance for landing. 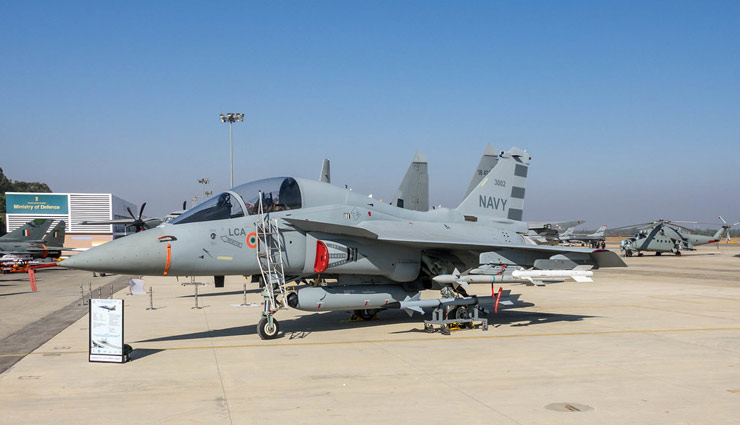 Asked about the future roadmap, a senior official said, "the data of the flight will be extensively analysed, and the next step will be decided".

After successfully replicating the test on shore, an aircraft carrier compatibility test will be conducted in the future, the sources said. Asked if there was head-on air during landing, another official said, "required wind flow was there".

The successful landing on Friday is being seen as a major milestone in development of the naval variant of the jet, and sources said, Defence Minister Rajanth Singh also congratulated the team behind the project.

The naval version of the aircraft is in development stage. The Indian Air Force has inducted a batch of Tejas aircraft. Initially, the IAF had placed an order with the Hindustan Aeronautics Limited (HAL) for 40 Tejas aircraft.

Last year, the IAF issued the the request for proposal (RFP) to HAL for the procurement of another batch of 83 Tejas at a cost of over Rs 50,000 crore.